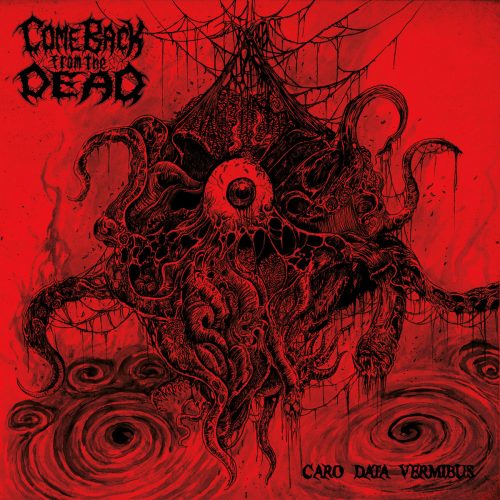 You’re about to hear a heavy dose of foul, festering death metal. The vocalist sounds like he’d like nothing better than to have your throat in his teeth. The riffs themselves resemble the cruel ripping and gnashing of demon teeth. The flickering leads are pure fiery derangement. The rhythm section seems hell-bent on beating your skull into a pulpy mush.

The thing is, strange as it might seem from what I just wrote, the song is also a romping, rollicking, battering joy ride. The tempos and drum rhythms change frequently — the music scampers, seethes, rampages, jackhammers, and staggers. And it’s boiling with vitality.

The song is an OSDM gem named “Vomits of A Demonic Infestation“, and it comes from a new EP named Caro Data Vermibus by the Spanish band Come Back From the Dead, which will be released digitally and on CD by Transcending Obscurity Records on November 30. 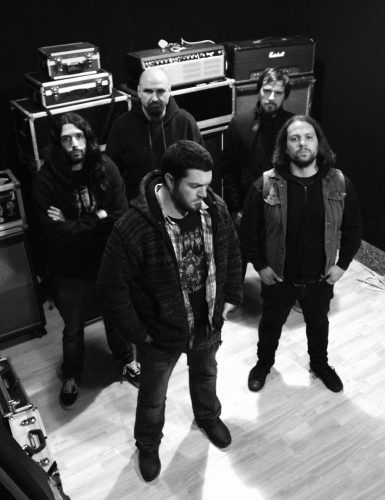 For those who may be new to the band, they include members of Nashgul and Bokluk as well as a former Machetazo drummer, and this EP is their first release since their 2014 debut album, The Coffin Earth’s Entrails.

The EP was mastered by Henrik Jonsson (Bloodbath, Grave, Unleashed) and features gruesome cover art by the great Cesar Valladares. You can pre-order via the link below, and you should also check out two more tracks from the record through the Bandcamp player we’ve included, along with our premiere.

Come Back From the Dead:
https://www.facebook.com/COMEBACKFROMTHEDEAD/