In August I discovered Convocation, a relatively new Finnish band with an auspicious line-up consisting of L.L., who writes the music and performs all the instruments, and M. Neuman, who handles the lyrics and vocals. L.L. is also the main man behind Desolate Shrine, whose recently released 2017 album Deliverance From the Godless Void (reviewed here) is one of this year’s stand-out records, and Neuman is also the vocalist for the wonderful Dark Buddha Rising.

At the time of that August discovery (but no longer), the Convocation Bandcamp page was populated with unmastered versions of four tracks, all of which had appeared just days before. I was particularly taken with “Ruins of Ourselves“, a staggeringly heavy union of funeral doom and death metal. It was punishingly crushing, with titanic, gloomy chords and gut-punching percussion that together made the earth seem to quiver. Spectral guitar melodies, eerie ambient layers, and Neuman’s own haunting clean tones gave the music a ghostly atmosphere — though most of the time his vocals were terrifyingly craggy. And in addition to being stunningly heavy, the music was mesmerizing.

Now I’m very happy to announce for the first time that Convocation’s debut album, Scars Across, has been mixed and is ready for mastering — and that the Italian label Everlasting Spew Records will be releasing it by the spring of next year. AND we are also premiering a teaser of music from the album, to whet your appetite. 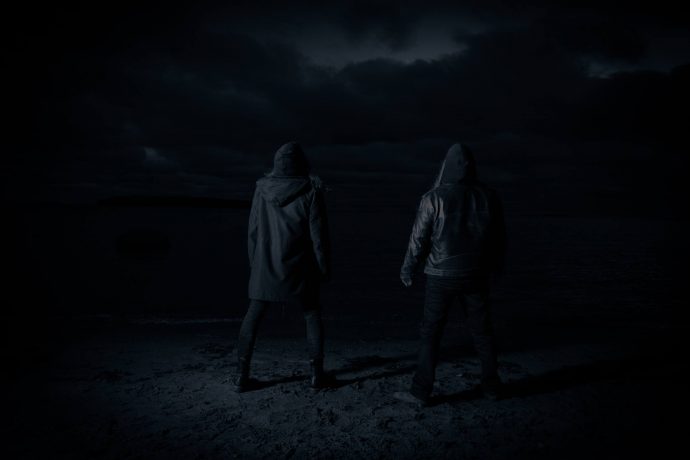 In this teaser, you’ll get a sense of the sensations I attempted to describe after listening to “Ruins of Ourselves”. These excerpts manifest bone-breaking heaviness, soul-plundering gloom, shivering frightfulness, an atmosphere of paranormal hauntings, and shimmering gleams of unearthly beauty.

I’m sticking with my earlier prediction: Scars Across promises to be a brilliant new entry into the annals of doom/death.

To keep abreast of news concerning the release of the album, watch these spaces — and be sure to check out the teaser below.

One Response to “CONVOCATION: NEW ALBUM NEWS AND A TANTALIZING TEASER OF MUSIC”