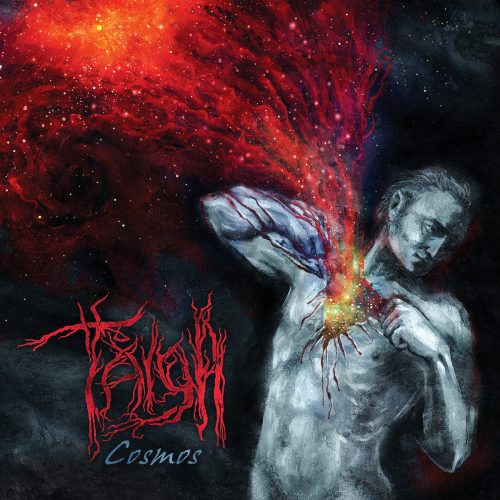 When last we visited the Russian atmospheric black metal band Taiga, roughly 14 months ago, their third album (Sky) was on the brink of release and we were premiering a track from the album named “Похоть“, which in English means “Lust”. Now Taiga are returning with a fourth album, and we’re again premiering a song, this time through a lyric video. This one is named “Стыд” (Shame).

The title of the new album is Cosmos, which might make you think of the vast mysteries of an endless, star-spangled void. But the concept here is an inner cosmos, a space in which anger, love, hate, decency, and other impulses and emotions orbit each other, colliding and exploding in ways that could lead to self-destruction, or to new heights of self-realization. 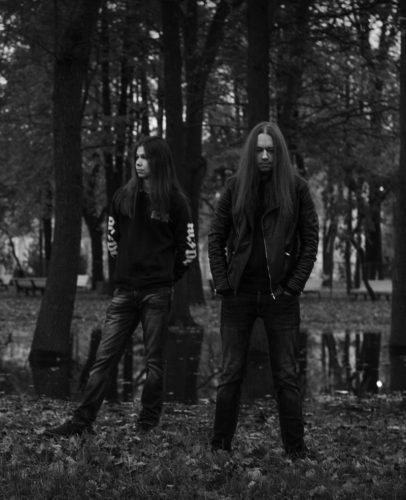 Once again the album is the work of Taiga’s multi-instrumentalist founder and vocalist Nikolay Seredov (from the bands Стахановцы and Funeral Tears) and keyboardist Aleksey Korolyov (from Abigorum and Satanath). It will be jointly released by Symbol of Domination (Belarus) and Final Gate Records (Germany) on December 15.

The new album should appeal strongly to fans of atmospheric black metal with a depressive cast, and “Стыд” provides a fitting introduction to what it holds in store.

While the music does have a bleak, depressive resonance, it’s quite a dynamic composition. And so although it begins at a slow pace, with grim distorted riffing paired with spectral chiming tones, it becomes a surging force, the drums hammering like pistons and battering like a hailstorm, the lead guitar and keyboards swirling and swarming in an incandescent frenzy, the bass bubbling and boiling. Deep growls force their way through this torrent… and then things change,

As the pace slows once more, that brutish growl gives way to soft, somber spoken words joined by a rapidly rippling melody. When the engine storms to life again, a shimmering, sorrowing ambient layer glides across the top.

The video below presents the lyrics in their original Russian language, but we have also been given a translation of the words into English, which you’ll find below the video. And we have also included a stream of a previously released track from the album (a free download at Bandcamp) named “Космос“.

Like hundreds of needles my sins that crawl deep in the night
Are warming my shame just like filth in complete absence of light
And while I’m slithering through glass shattered, my conscience in pain,
Euphoria obsesses my mind, like dust that runs through my veins
I’ll never find out my strength; it has never been destined for me,
But I shall grant you my soul, let it be smoothening nectar for thee

Mature hath we become and confusing weakness and fear
We covered our scars with the cloth, smiling but unable to feel
Mature hath we become and kneeling before feelings’ control
We were brought into line just like sheep; we’ve been stripped and devoid of souls
Euphoria obsesses my mind like dust that runs through my veins
Forever I shall be blind, but my spirit will liberate you from chains.