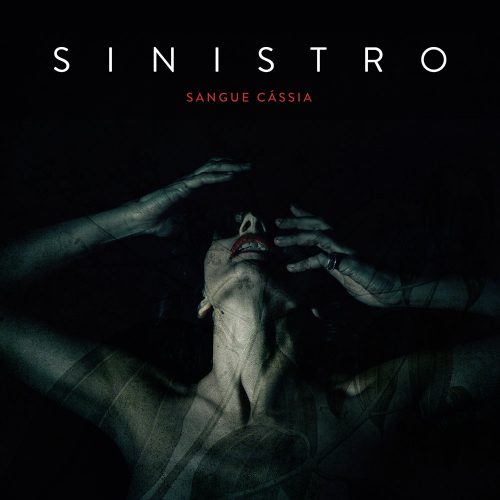 (We present Andy Synn’s review of the new album by the Portuguese band Sinistro, released today by Season of Mist.)

Is it just me or… are we undergoing something of a Doom renaissance right now?

I may be somewhat late to the party in acknowledging this – explicitly at least – but it definitely seems to me that the last 6-12 months have seen a real resurgence of interest in the style, bolstered by a plethora of truly spectacular releases running the gamut from the more gothic end of the spectrum, all the way to the groaning weight of the most crushing Funeral Doom, via the brooding misery of the always-welcome Peaceville sound…. with little sign that this slow-moving tide is starting to slacken off or ebb.

But, with albums as good as Sangue Cássia still coming out, why would we want it to? 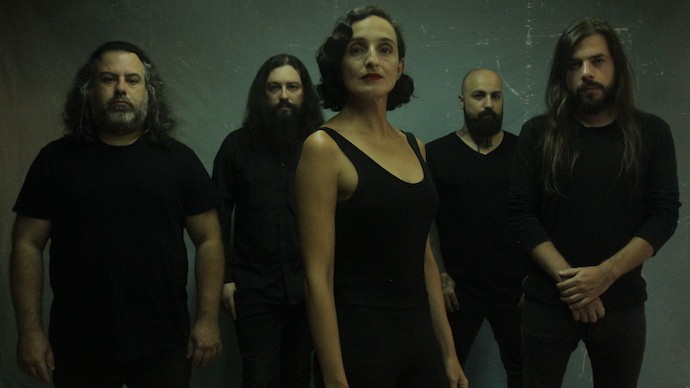 Wearing their influences proudly on their sleeves – the gothy glamour of Tiamat and the gloomy grit of Paradise Lost mingling freely with the brooding melancholy of their countrymen in Moonspell as well as some moody Post-Metal elements reminiscent of, say, Obscure Sphinx – Potugese quintet Sinistro are definitely firing on all cylinders here, providing us with eight impressive tracks (plus two more than worthy bonus cuts) of delectably dynamic and devilishly dramatic Doom rich in both artistry and atmosphere.

Particular credit should be reserved for bassist Fernando Matias, who also supplies a wealth of clever keyboard touches alongside the deep, doleful tones produced by his main instrument, ably augmenting the heaving riffs and miserable, minimalist melodies of songs like “Cosmos Controle” and “Abismo” with layers of shimmering ambience while imbuing others, such as “Vento Sul” or dramatic closer “Cravo Carne”, with subtle splashes of susurrating synths.

My bold prediction is that you’ll likely be seeing this album appear on more than a few EOTY lists come December, so if you’re looking to get ahead of the curve for once and get to grips with one of 2018’s early highlights – something that’s intensely doomy, yet irresistibly dynamic, impeccably arranged, and effortlessly engaging throughout – then I’d urge you to give Sangue Cássia a listen at the earliest possible opportunity.

Sangue Cássia is being released today by Season of Mist. You can order it here.  A full album stream begins below.