It has gotten increasingly difficult to predict what Glorior Belli is going to do from album to album, or even from song to song. The one you’ll find below is “Deserters From Eden“, the first single off this French band’s new album, The Apostates. 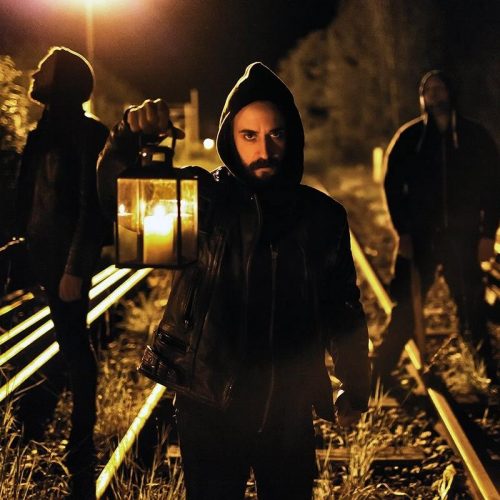 The song rumbles ahead, with a high riff rising, surging, and falling, over and over again, as Billy Bayou growls and howls and the bass thrums and bubbles. You might begin to think you have a grasp on the song, that it’s a sinister piece of black metal… and then nearly three minutes in, it switches gears, and that’s when I really got hooked.

Look for The Apostates on April 6th, from Season of Mist. 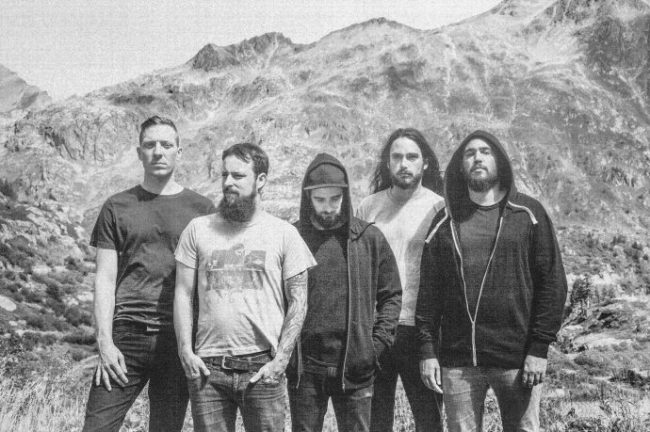 I’m unsure whether anyone prepares a year-end list of the best metal videos, but if such a thing exists this next video will surely be near or at the top of the list for 2018. And it’s not even a video for a full song.

Created by Chariot of the Black Moth, this three-and-a-half minute video is an album trailer for Look, Here Comes the Dark! by the excellent Swiss band Abraham. It will be released by Pelagic Records on May 11.

The music is only a piece of a song, a dark, tension-ratcheting, disorienting piece that grows in destructive power to the point of becoming apocalyptic. However, to be honest, I had to play the video a second time and look at something other than the video in order to focus on the music itself. 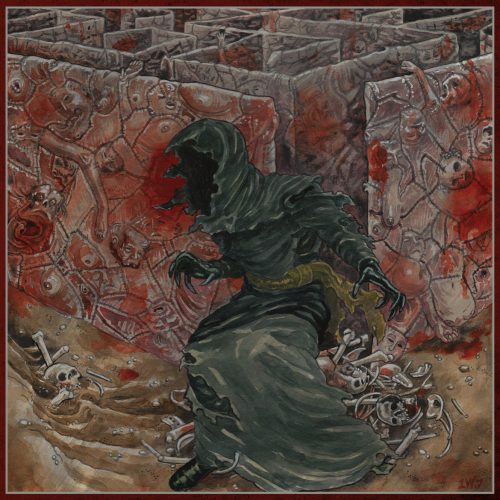 OUR PLACE OF WORSHIP IS SILENCE

This band’s 2016 debut album, The Embodiment of Hate, was an ugly, nasty death metal monstrosity spliced with punk and grind. I bowed before its hideous power, but bowed even lower when I caught the band live at California Deathfest in 2016 (you can watch a couple of videos I made here and here). For the last song in their set the band’s drummer (Tim) and their then-new vocalist (Charlie Mumma) switched roles, and it was still a tornado of sound.

And so, I needed no further inducement to be interested in their new album, With Inexorable Suffering. But I got some anyway: First, the album art by Wrest of Leviathan; and second, the first single, “The Blind Chimera and Its Death”.

That new song is a ferocious one, with an array of discordant riffs that are damned mean, and tempos that change frequently and without warning, some of which seem designed to jackhammer listeners deep into the ground. The vocals are mean as hell, too. A bell also tolls. No mercy is to be found here.

With Inexorable Suffering will be released by Translation Loss on April 13. It’s streaming exclusively at DECIBEL, so you’ll have to go there to hear it.

(Thanks to Rennie at starkweather for alerting me to this stream.) 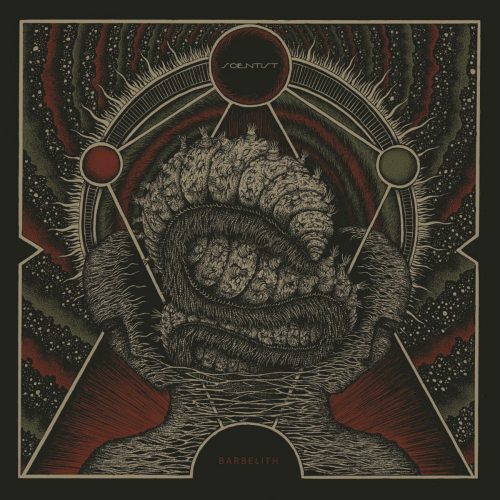 Barbelith is the new album by Chicago’s Scientist. For those who haven’t encountered the group before, it’s a collaboration among these talented musicians: guitarist, vocalist, and founder Eric Plonka (Yakuza), guitarist/vocalist Patrick Auclair (Taken By The Sun), drummer Justin Cape (Taken By The Sun), and bassist Mathew Milligan (Making Ghosts). And on this new album, Barry Kotarba (Boatman’s Toll) is now also credited as a vocalist.

According to the band, the new work is a concept album about “the search for life’s meaning through the use of psychedelics and the occult, only to discover that you haven’t even been born yet” and is “heavily influenced by the concepts revolving around Grant Morrison’s comic book series The Invisibles“. To execute the concept Scientist inventively amalgamate elements of sludge, doom, post-metal, and more.

And if all that doesn’t peak your interest, maybe the title track will.

Those of you who’ve been thinking about passing yourselves through one of these machines, which reduces big chunks of concrete to piles of gravel, “Barbelith” is a reasonable facsimile of the experience, with the added benefit that your loved ones won’t have to load you into the coffin with tablespoons. Or maybe they will.

But you’ll discover that the song isn’t just a crusher… it also seems to spin off into astral realms, and sends the mind soaring toward the sun (with clean vocals and a saxophone solo (at least I think it’s a sax) that are both very good).

Barbelith, the album, will be released on April 13th. The eye-catching cover art was created by Kuba Sokolski. 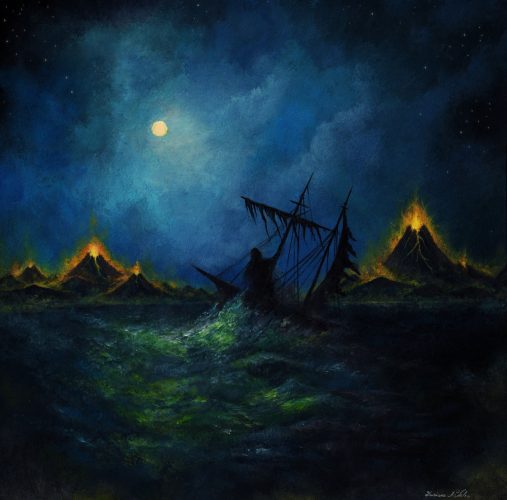 The name Foehammer comes from a translation of Glamdring, a sword which proves most deadly in Gandalf’s employ. The northern Virginia funeral doom band who take that name for their own proved most deadly as well on their 2015 self-titled EP. Grant Skelton concluded his NCS review with the claim that if he “made a list of possible candidates for this generation’s incarnation of Sleep’s Dopesmoker album, Foehammer’s debut EP would definitely be a candidate”.

I have Grant to thank for discovering “Recurring Grave“, the first advance track from Foehammer’s debut album, Second Sight, which premiered at CVLT Nation last week. The song is so craggy, the fuzz on the guitar so thick, the vocals so cavernous, that it seems like the movement of tectonic plates miles beneath the surface of our world. When the guitar solo surfaces, slowly moaning and wailing and squalling, it’s the lava flow that those subterranean forces have ejected from this mountainous creation.

Prepare to be entranced by this provocateur of the slow head-bang.

Second Sight features cover art by by Luciana Nedelea. It will be released by D.C.’s Australopithecus Records on April 6. 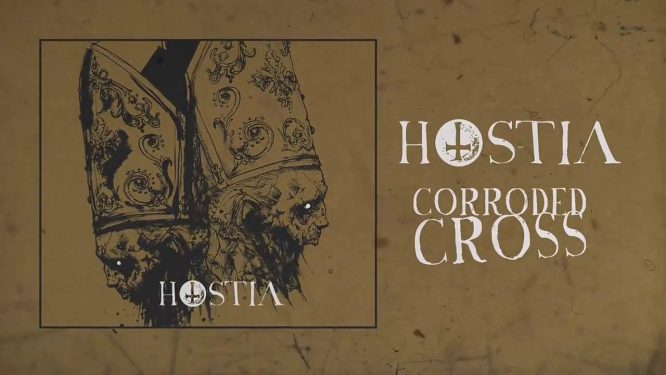 After that Foehammer track, I thought this new song “Corroded Cross” would make for a bracing contrast. It’s off the self-titled debut album by the Polish death/grind band Hostia. 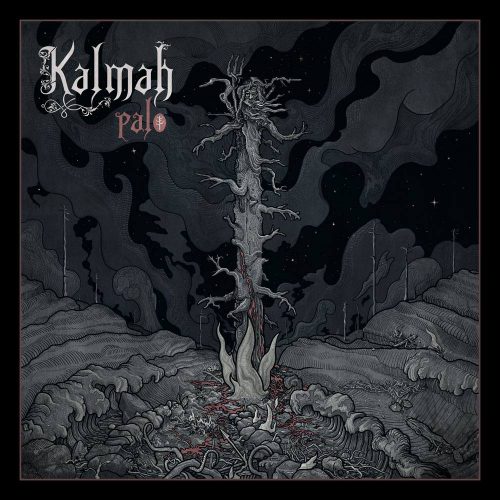 To conclude this collection I’ve chosen a lyric video for a new song by a band who occupy a soft spot in my heart, and who take me back to the days many years ago when melodic death metal was one of my gateways into extreme heavy music.

It’s been a long five years since Kalmah released an album, but now their eighth full-length is finally approaching. Entitled PALO, it will be released by Spinefarm on April 6.

In a way, I see “The Evil Kin” as shamelessly manipulative, but I suppose that’s just a reflection of how ridiculously catchy the jolting riffs and darting, swirling, soaring melodies are, and of course the song also includes pleasingly gruff vocals and soloing that sounds like a fireworks display.

Besides, how often are you going to find a metal song that includes HIP HIP HOORAY! in the lyrics.  (That’s actually kind of what I felt like yelling when I heard the song; I can see throngs of thousands punching their fists in the air and yelling the same thing when Kalmah perform this song live.)