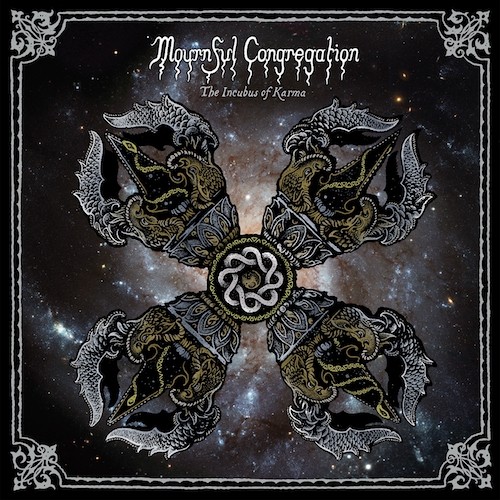 (Wil Cifer reviews the new album by Australia’s Mournful Congregation, which will be released on March 23 by 20 Buck Spin (North America) and Osmose Productions (Europe).)

I am noticing a trend in metal this year with bands who are cult icons in their respective sub-genres moving in more streamlined and accessible directions. Perhaps these bands at this place in their careers felt this was needed. This is evident right from the opening melody of this Australian band’s newest release.

This offers a much lighter shade of sonic splendor than what moved Mournful Congregation’s 2011 release The Book of Kings. Their 2011 album is what this album must measure up to for me. The Book Kings caught me up with a more emotional majesty in my initial listen to it. They have offered glimpses of their former glory leading in to this album. 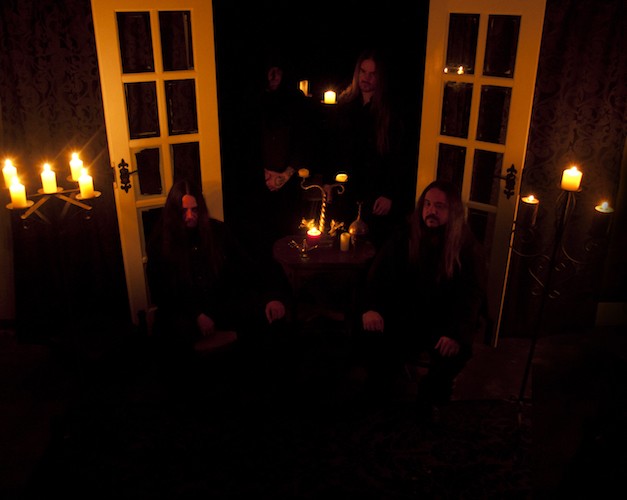 “Whispering Spiritscapes” casts a few shadows on the otherwise very clean production. The vocals are a little higher in the mix. The guitars are well-layered, but not hitting you with the same wall of sound. This is not bad, it is just different.

The next song, “The Rubaiyat”, indulges in lethargic atmosphere before digging into the meat of the matter. This is not uncharacteristic of funeral doom, and so we can respect it in that context. Something about the flashing shredding solo slightly breaks the mood. It’s a tasteful solo if we are measuring it against metal guitar solos in general. But does it really sustain what should be a mix of oppressive heaviness and sonic atmosphere?

When it comes to guitar solos I lost interest in Yngwie-wanking somewhere before my senior year of high school. I don’t mind guitar solos if they continue to tell the song’s established story. A good example of this would be how Pink Floyd employs them. Even the same thing could be said of Black Sabbath. Once all the Shrapnel Records came out in the ’80s wanking took precedence. It doesn’t feel like wanking here, but marks a big difference on this album. The difference is that this album is heavier in a “metal” sense than a sonic one, a difference that pivots on the guitar solos often becoming the centerpieces of the songs. Almost like the guitar players felt they had something to prove and stepped in the spotlight here.

The title track sounds like a Metallica power ballad instrumental. The album’s heaviest moment arrives in “Scripture of Exaltation and Punishment”, which comes closer to their older sound, just with more guitar solos. The first 8 minutes of the total 15 go by pretty easily. The vocals have more malice to them. 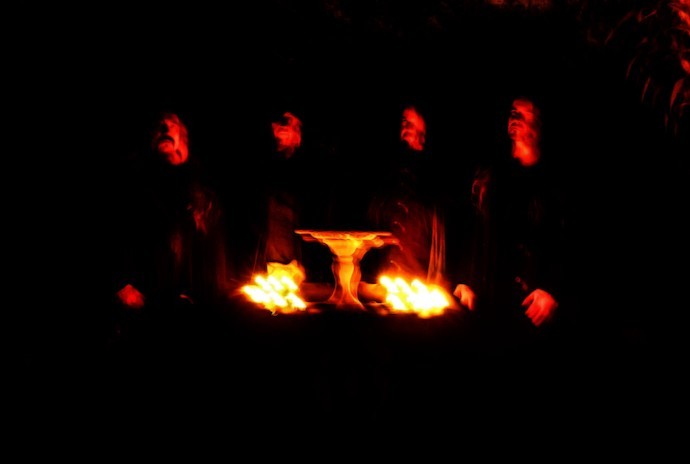 They close the album with “A Picture of the Devouring Gloom Devouring the Spheres of Being”, which is over 20 minutes, making it longer than that song title. The vocals on this one are a low and more familiar growl. Clean guitar is woven into things. Tempo-wise it’s understandable why this type of music takes longer to get through a song. It finds it way into a more soaring section where they indulge in another guitar solo. Then they move into a solo acoustic-guitar part, making it feel like they have woven three songs into this one.

It is hard to really measure up against the sonic strength of The Book of Kings , but once I got past the changes in the overall sound and let this album soak in on a song-by-song basis, I found it easier to digest. There is a great deal of attention to detail, and the album shows the growth of the past seven years. It opens a door to a greater range of things that doom can be.

One Response to “MOURNFUL CONGREGATION: “THE INCUBUS OF KARMA””