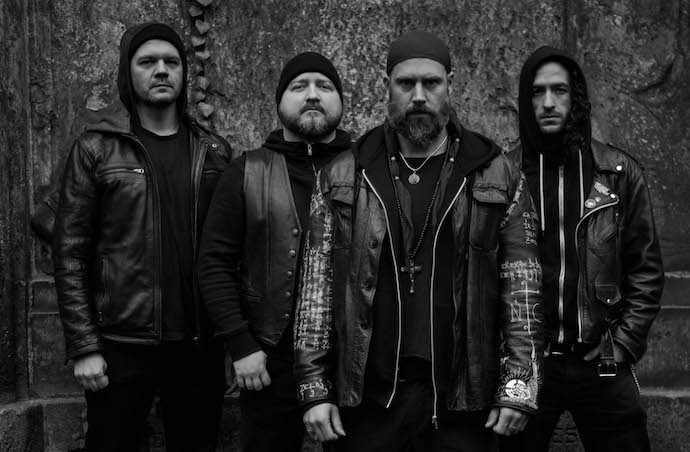 (Few bands have made as dominant a mark on the progression of extreme metal as Necros Christos, and that makes their new album an event worth focusing on — and Wil Cifer does that here, in this review.)

One of the best bands to emerge from that was this German band, who have heralded this album as their last. This supposed swan-song finds the band coming out from the murk of cavernous reverb to a more organic brand of death metal with less Incantation worship. For that matter, there are a few moments that sound like Morbid Angel. 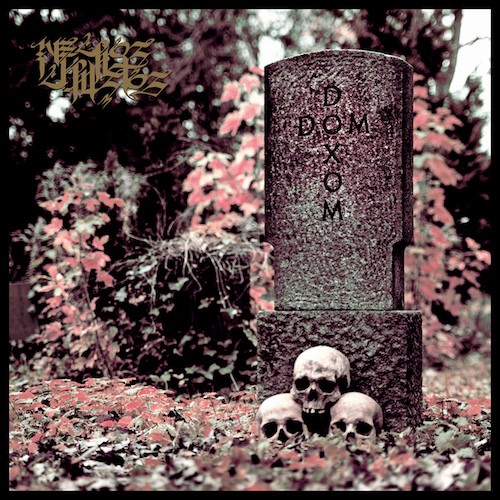 The vocals carry more of a croak than the deeper growl of yester-year. This makes the more discernible lyrics a focal point, the opener being a clear-cut take on the Jesus myth, and by the second song it seems like this is also the album’s theme.

In the days of iTunes the fact this album is almost all atmospheric interludes is negligible; you can delete if you wish. When it comes to the actual songs, and not the acoustic doodles, this album might not be as dark or evil as Doom of the Occult, but the songs are written in a very mature manner, reflected even in the solos, whose melodies complement the songs.

“He Doth Mourn In Hell” finds them slowing down to a more doom pace before the double-bass accelerates into more of a death metal groove. Lyrics here tell a tale of Jesus going to hell. I have always thought Jesus and Lucifer were two sides of the same coin, so at first I wondered whether that was really being said here, though a closer listen suggests another alternate version of the tale.

“Seven Altars Burn the Sun” rides in on a thrashing gallop. The song develops groove with a surprising amount of swing to it until shifting into a more Slayer-like riff. A melodic solo break continues down memory lane with its ’80s thrash influence. As far as solos go, it’s well played and not just mindless wanking. 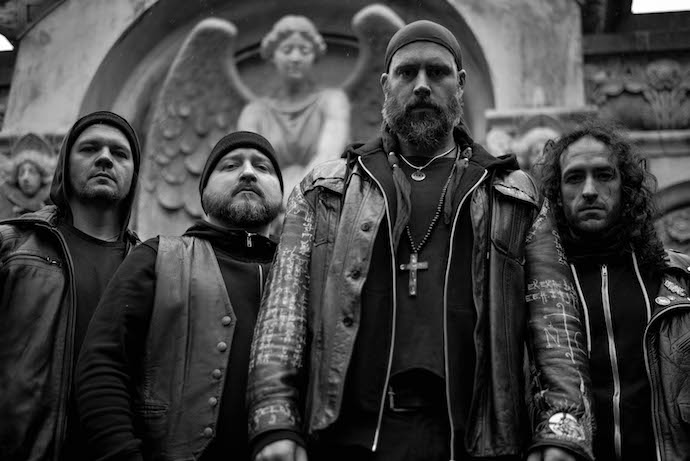 “Exiled in Transformation” comes down on you with a more deliberative stomp. Lyrically, they stray from the Satanic rites of Jesus in Hell to contemplate working the shadow side of the Tree Of Life. Things speed up into a more aggressive double-bass with “The Heart of King Solomon in Sorcery “. The homage to ’90s death metal is broken up with cleanly-strummed guitar that they solo off of.

“The Guilt They Bore” grinds with greater velocity and finds them back to the bastardized Biblical commentary. They do bring some new sonic colors with “In Meditation On the Death of Christ” with a much more melodic intro riff before the dense intensity of the Morbid Angel-styled bulldozing.

This album might not revist what I loved about Doom of the Occult, but in a genre where the status quo is too often a one-trick pony fueled only by aggression, this album has a range of dynamics and solid songwriting that proves death metal can be much more than that. Be warned, in physical format it’s 3 lps. Of the 26 tracks, only 9 are actual songs.

This comes out May 18th on Sepulchral Voice Records.

EDITOR’S NOTE:This is an extremely rare occasion when we have no publicly available streams of music from the album to share with you. If that changes, and we learn of the change, we’ll add the music here. We haven’t found any pre-order links either. That will change too. Watch these spaces for more news: