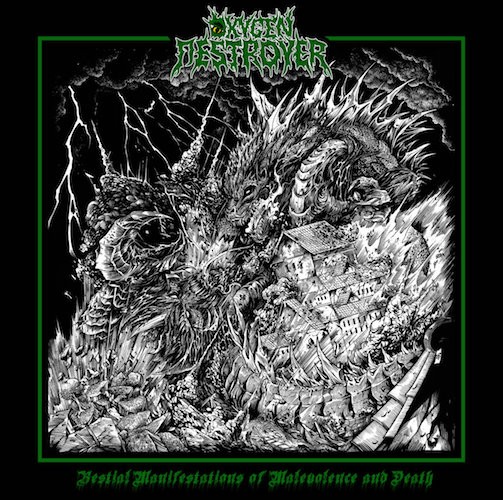 I first encountered the music of Seattle’s Oxygen Destroyer early last fall, when their single “Vanquished by the Unrelenting Devastation of the Celestial Behemoth” sucked the air out of my lungs with the speed, ferocity, and obliterating power of its assault. As I reported then, they were at work on a debut album, and now it’s out, having been released on April 5th. Its title is Bestial Manifestations of Malevolence and Death, and it’s one hell of a rocket ride. 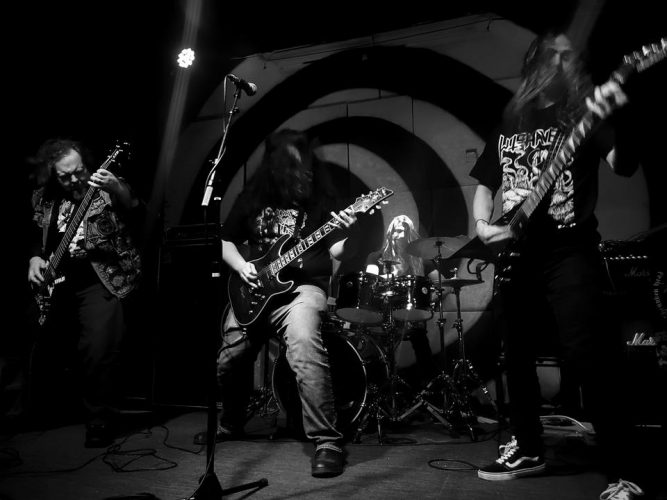 There are a lot of things to like about what these dudes are doing, not least of which is their dedication to channeling the wrath and destructive power of the Kaiju — those strange beasts who’ve starred in a Japanese film genre devoted to their rampages, the most famous of which is Godzilla (the oxygen destroyer is a weapon used to kill Godzilla in the original 1954 movie). But apart from their admirable thematic alliance with the Kaiju, and their cool song titles, Oxygen Destroyer really know how to light up your nervous system with their music.

It’s not all monstrous slashing and radioactive burning. They do a fine job at the outset and again near the end lumbering like a gruesome sky-scraper-sized beast that shakes the earth, but their main strength, which is abundantly on display here, is a tremendously turbocharged variety of death/thrash, one that doesn’t sacrifice heaviness or brutality for speed.

They can all fly like the wind — a particularly gruesome, pestilential wind that roars at hurricane strength. The low-tuned, buzzing riffs have a distinctly poisonous sound, but get their hooks in your head; the shrieking solos are insane; the drumwork is jaw-dropping; and the vocals are utterly filthy and bestial. Hail the Oxygen Destroyer! 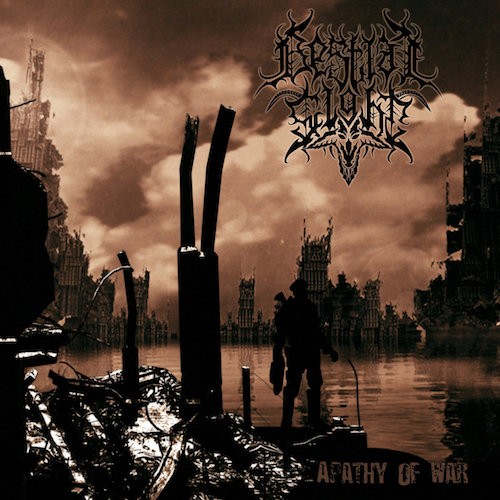 Krasnodar, Russia, is home to Bestial Sight, and “Apathy of War” is the name of their new single, released on April 13th. You’ll figure out immediately why I paired it with that Oxygen Destroyer album.

In this song, Bestial Sight blend together a particularly incinerating and jolting thrash assault with bursts of skull-cleaving groove, and top that off with a vocalist who shrieks like a lunatic on fire, and with soaring and sweeping streamers of melody that turn this blindingly furious attack into a glorious one. The solo in the song is a wondrous experience all by itself. What a very cool surprise this is!

P.S. If you haven’t discovered this band’s 2017 debut album, I strongly recommend it. You’ll find my brief review here, and the album on Bandcamp.