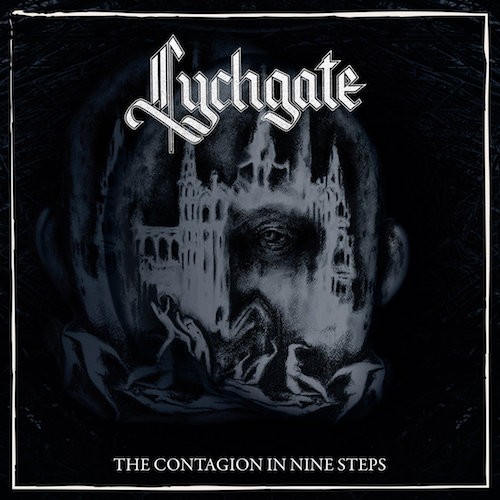 (This is Wil Cifer’s review of the new album by the UK band Lychgate, released in March by Blood Music.)

If you show up for this album expecting black metal, it might be a jarring turn for you. The fact that it is not black metal but still manages to be just as dark and interesting made me willing to go along for the ride. Not every movement on this shifting landscape of angular chaos connects with me, but I approve of the sense of adventure and rebellion against the black metal status quo.

The atmosphere and melancholy of the first song make the angular math of the guitars more balanced, and they get into some proggy abstraction on “Unity of Opposites” to the point that it might be too much like free-jazz for even Deathspell Omega fans. Like it or not, the band has to be applauded for doing their own thing. 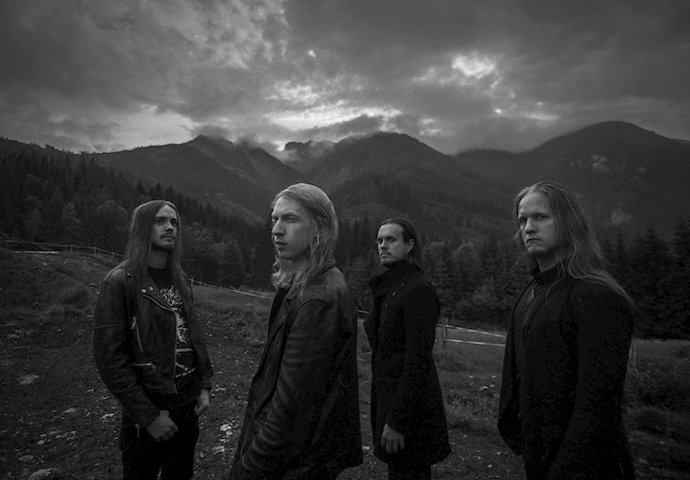 This is a concept album of sorts, based on Stanislaw Lem’s book The Invincible, but the lyrics are not dominating the songs in a way that continues to call your attention to this fact.

This album finds more of a doom flavor seeping to the forefront where the first two albums were more black metal. “Atavistic Hypnosis” sounds more like Esoteric, whose Greg Chandler is the vocalist on the record. Considering how long it’s been since that band have put out an album, I’ll take what I can get. The sung vocals are very powerful on this song, and one of the more effective methods of employing them.

The album continues to impress with the variety of vocal colors, rather than just monochrome screaming. Some have more balls behind them than others.The guitars get almost Cynic-like in the labyrinth they create. Things stay at a dissonant doom pace for “Hither Comes the Swarm” with double-bass creating a hammering death metal tone.

The melodies get a little breathing room as baritone vocals narrate the beginning of “The Contagion” amid piano and spiraling runs of guitar. The higher clean vocals don’t sit on this as smoothly, and the growls work better. There is another heavier section that sounds more like death metal to me, and I can almost hear more traces of death metal on this album than black. 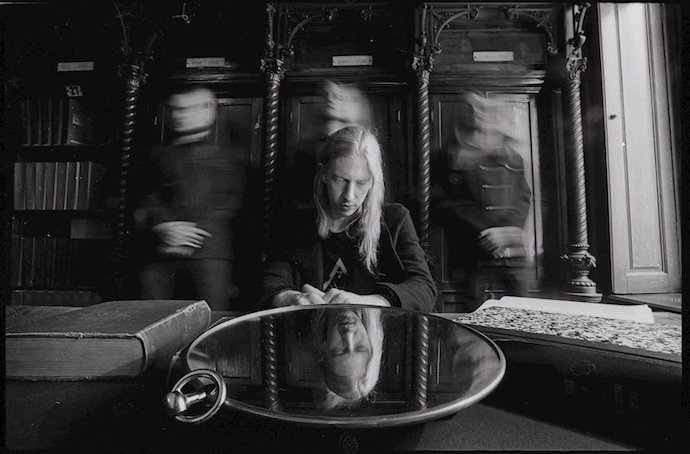 Sometimes when you do wander you do get lost. “Remembrance” is like a transcendent doom ballad. Not as abstract or mathematical as the bulk of the album, and it’s also not as heavy, not too far from the zip code of something Pallbearer might do. Often overcome by the grandiose progression into all the bells and whistles, Lychgate‘s sense of adventure here must be admired. This new direction showcases their serious chops in a way that still makes sense in the context of the song and is not just wanking for the sake of wanking. (When things get proggy I typically have to be past my second cup of coffee unless we are talking pre-Red King Crimson.)

This album should continue to grow on the lingering sense of abysmal darkness pervading most of these songs, and that is what will keep me returning to it.

One Response to “LYCHGATE: “THE CONTAGION IN NINE STEPS””