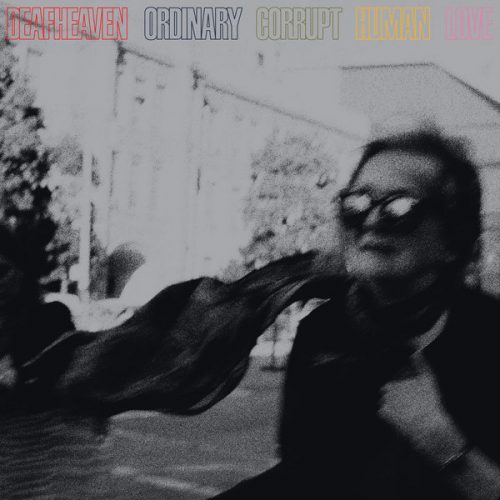 (This is Wil Cifer’s review of the new album by Deafheaven, which will be released on July 13th by Anti Records.)

Like everything after Roads to Judah this new album is going to offend metalheads, especially considering how this time it weighs more heavily on their post-rock side.

The first time I saw these guys they were opening for Alcest and blew them off the stage. The energy seemed very genuine, though it felt more like a hardcore show than a black metal one. I am not going to debate how troo or cvlt they are, but focus on what is actually going with their music as it’s being delivered to us in 2018. 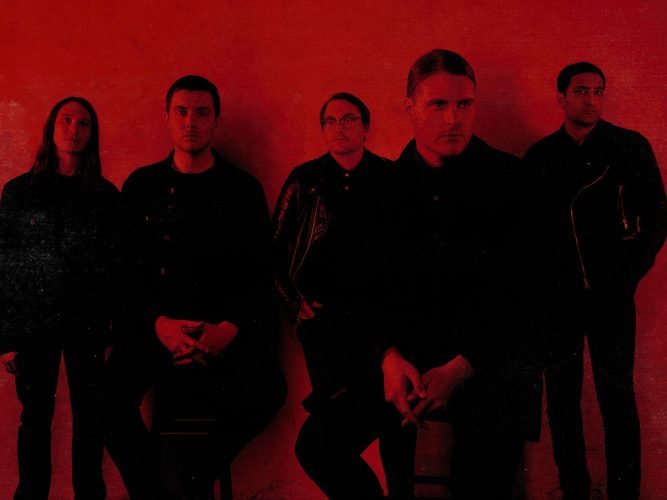 The opener is not metal at all, with piano and post-rocky instrumentation taking a dreamy groove which the vocals eventually snarl over. Snarling doesn’t instantly make things metal here or really anywhere, but metal constitutes only 60 percent of my daily listening; most readers familiar with my work know that I grew up a poor goth child, so I will take darkness over a more meat-and-potatoes style of heavy any day. That’s where I have to be open-minded with this album, as it feels like a spring morning walk sipping coffee.

“Honeycomb” is more metallic. The drums punch certain accents; clearly their drummer has really stepped up his game on this album. The drummer obviously has a hardcore background in how he drops to half-time grooves to give things more of a breakdown-like stomp.

Apart from the bulk of the vocals, which stick the same mid-range snarl with a dash of croak to it, everyone else shows a great deal of growth (George Clarke sometimes makes more of an attempt to form words than at other times). Sure, the chops are more refined, but more importantly so is the songwriting. They do cram a lot into the songs’ first four minutes. Guitar solos are more common on this album, and most of those more focused on melody than shred.

“Honeycomb” does offer a great deal of ebb and flow leading down into that more atmospheric indie-rock feel, and I avoid the term shoegaze here as I think that is more hypnotic with a dense and darker drone.

“Canary Yellow”, the first song I saw surfacing online, opens with a light dreamy drift. This makes me think of Explosions in the Sky. After three minutes of this they deliver their take on metal, or at least a more mid-tempo and less furious version of what they do. The sweeping guitar melody comes in to carry the song. At the eight-minute mark this morphs into a more moody indie-rock passage that wouldn’t be out of place on a Morrissey song. Again, if you take into consideration my taste in music, then you can understand my biased stance toward anything leaning in a post-punk direction.

The songwriting continues to excel, which is important for this band as so many other bands are trying to jump on their bandwagon, but they raise the bar and do it in a hooky, dynamic manner. With that said, this is also the band’s most accessible work to date. Sung vocals come in, but stay in the background to give “Canary Yellow” a more screamo feel.

“Near” does dip into the shoegaze. That’s a genre that has influenced their sound, but on the whole their roots are not deeply connected to the more narcotic pulse of bands like Slow Dive or My Bloody Valentine. The clean vocals return to make this sound more like the Stone Roses.

The song that follows starts off on a similar foot, but finds its way back to the blasty style of “black metal” this band is known for. The question listening to this album is never “is is this the best black metal you have ever heard?”, but where does this fall in terms of what this band does? In those terms I think it marries where they went on Sunbather with the more metallic leanings of the last album. It is also evident that Kerry McCoy is really coming into his own as a guitarist.

Chelsea Wolfe lends her voice to the duet “Night People”, with whom I assume is Clarke. If this is him, then he has proven that he actually can sing. By sing, we are not saying he is Rob Halford, but with a trembling indie-rock style. [Editor’s note: Album release notes state that “Chelsea Wolfe and her regular collaborator Ben Chisolm add vocals and production” to this piece.]

The album closes with “Worthless Animal”. There is a little more melancholy to this one and the vocals sit oddly in the mix. Despite the fact that this is also mixed by Jack Shirley, who also handled Sunbather, the mix feels odd, as if the mid-range dominates it, where if it had been bass-heavier it might have resulted in a heavier sound.

This band is continuing to perfect what they do. It is a lighter shade of what they do, but despite its commonalities with Sunbather they haven’t made the same album twice, which is more than can be said of many bands making heavy music today. If you are already a fan, then this change won’t phase you. If you have been on the fence, then it’s going to depend on how broad your tastes are.