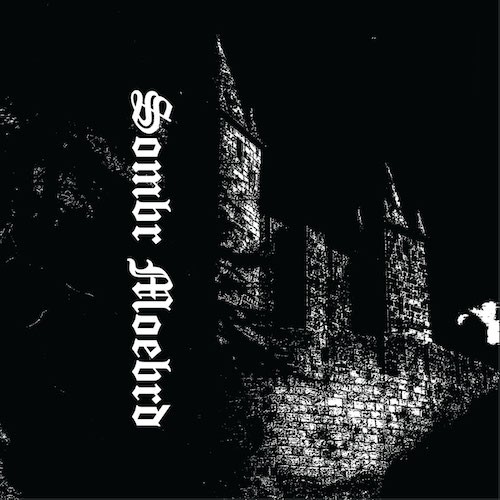 The Portuguese black metal underground is home to a connected group of musicians (who conceal their identities) known as the Aldebaran Circle. That circle includes such bands and projects as Ordem Satânica, Trono Além Morte (whose music we premiered here), a band named Occelensbrigg whose music I included in a round-up at the end of July (here), and a band named Espírito Aldebaran, whose 2017 demo I reviewed here.

But the member of the Aldebaran Circle I discovered first was Voëmmr. They (or he?) released a debut album, Nox Maledictvs, in the fall of 2017, and we presented its streaming premiere. Now we have the good fortune to announce and premiere a new Voëmmr demo named Sombr Moebrd in advance of its release on August 15th by Harvest of Death. 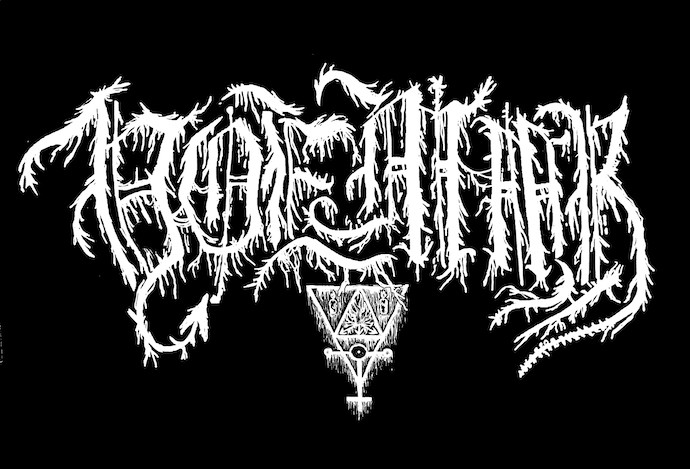 Those of you who might have encountered Nox Maledictvs are already well aware that there is nothing conventional about Voëmmr’s brand of raw black metal. It’s a very strange experience, with an almost improvisational quality and a feeling that’s part ritual and part hallucinogenic trip, part unbounded carnal craving and part nightmare.

This new demo shares those same qualities with the debut album, but it might be even more successful in immersing the listener in Voëmmr’s weird visions — more intensely captivating, though without relenting in the impact of its abrasive intensity.

The three tracks here are untitled and identified only by Roman numerals. “I“, which nears the ten-minute mark, is a black symphony of lust and lunacy that grows increasingly frenzied and intense. It becomes a dense vortex of sound that has those signal traits of ritual and hallucination in its atmosphere. It makes use of repetition, but in some important respects it’s also unpredictable and impetuous.

A rumbling drum beat and heavy bass pulse drive the rhythm, punctuated by cymbal crashes and high, flickering supernatural tones that come and go. Long groaning and braying chords heave through the track, and it’s marked by a cornucopia of intensely disturbing voices that cry out in skin-shivering wails, join together in choruses of madness, and emit ghastly droning and moaning intonations. The drumming builds in intensity, locks in to a head-driving rhythm, and helps carry the music to heights of cacophonous zeal.

“II” has a narcotic quality despite its persistent air of twisting tension, which is never truly resolved. A simple repeating motif of bright, reverberating guitar notes runs through the track, along with a body-moving drum cadence that comes and goes (lots of things unpredictably come and go in Voëmmr’s music), and changes as it reappears, with the crazed voices becoming most insistent when the drums disappear.

Near the middle, the repeating motif stops, and the track becomes a hailstorm of mind-mangling voices, widely spaced guitar notes, and explosive drum eruptions. When the surge resumes, the repeating motif reappears, phases out, and changes, as the sound builds to a typhoon of volume, the drums also changing as they reappear.

Given how unsettling and unresolved “II” is, it’s almost a welcome relief when you get the vibrant, bounding, punk-like drum rhythm of “III“, though that’s surrounded by dense waves of roiling guitar distortion and all those utterly insane voices, wailing and singing low from the throat and growling like demons. The warped, heaving riffs and shimmering spectral sounds combine to create the sense of being sucked into a whirlpool of bacchanalian fever. Your head moves to the beat, and also becomes fogged with psychedelic vapors. At once the music seems primal and primitive, and also not of this world.

I guess it’s kind of meaningless to say that this won’t appeal to everyone — because no music appeals to everyone. But this demo has the feeling of music designed to serve a very personal vision, in which the music starts and the musicians just let go, maybe not even knowing exactly where they will take the music, or where the music will take them, as if they feel themselves to be instruments of something beyond themselves.

People who have a taste for experimental, abrasive music that really doesn’t sound planned out in detail before it was recorded, but instead seems to channel primitive impulses, desires, and fears in a twisted and uncomfortable way will probably get this, and might relish it (as I do). Others will run for the hills like their hair is on fire. Only one way to find out.

Sombr Moebrd will be released on cassette tape by Harvest of Death, a sub-label of Signal Rex, and will go on sale on the release date, August 15th.