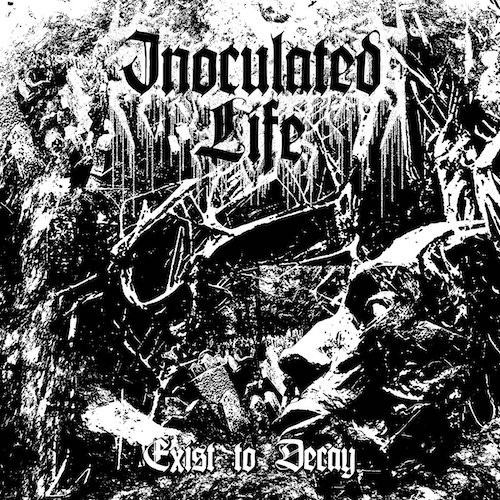 Rage and disgust fuel the music of Denver’s Inoculated Life — contempt for the police and the judicial system, fury over the practices of industrial slaughterhouses, outrage over the continual fouling of the environment by human beings — and nihilism clouds their view of the future. We’re fucking up the planet, and “there’s no stopping the damage we’ve caused, no reversing it,” they insist. We’re killing ourselves, inexorably wasting away. And that’s the message of their debut album, the meaning of Exist To Decay: “We are living just to rot in the ground, we aren’t special”.

It’s a damned bleak outlook, a glass that’s not only half-empty but also draining rapidly. You might quarrel with the extent of their resignation to a blasted future, but it’s hard to argue with the strength of their conviction when you hear the music, as you’ll discover through our premiere of this new album’s title track. 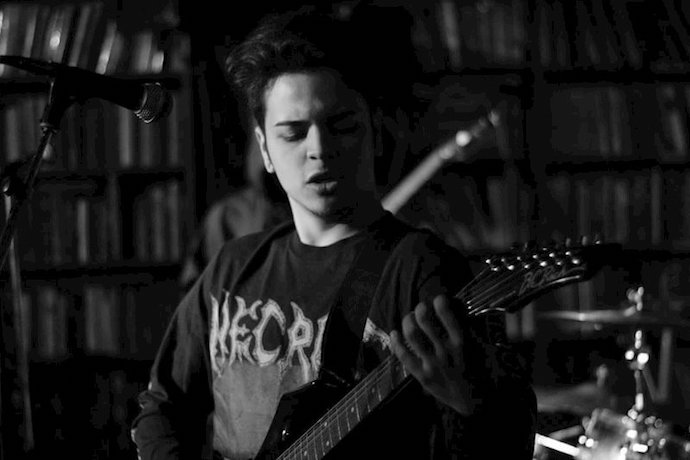 There are only three people in Inoculated Life — guitarist/vocalist Kevin Ruiz, bassist/vocalist Kyle Goldsberry, and drummer Eric Gutierrez — but the storms of sound they kick out could easily be mistaken for a battalion-strength onslaught. With an arsenal of death metal, grind, and powerviolence at their disposal, and a taste for HM2-powered distortion, they make a formidable wrecking crew despite their stripped-down numbers.

The immediate thought I had when first listening to the intro of the song you’re about to hear was the same as the title of Ray Bradbury‘s famous novel: Something wicked this way comes. The abrasive feedback and gut-slugging drums create a sense of apprehension — you can feel the build-up to something nasty. And things get even darker and more dangerous through the appearance of a gruesomely distorted, dirge-like riff and a seething, hostile lead. The payoff comes when the music erupts, becoming a mauling juggernaut of sound.

The song surges into a battering gallop, with vicious, head-hammering guitar work and raw howls in the vocal department. A poisonous bridge leads to a searing solo over a massive pile-driving riff. And yes indeed, there are some mighty grooves in this mean-eyed, heavyweight assault. Inoculated Life may be resigned to a horrible future, but the music’s full of fight. 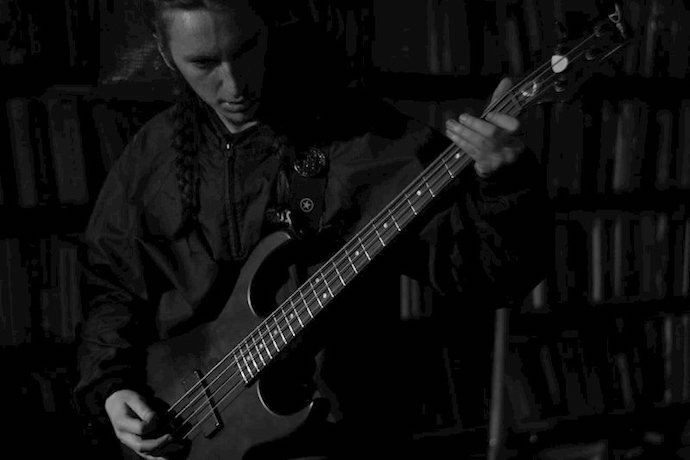 Exist To Decay will be released on November 30 by Redefining Darkness Records. It was recorded and mixed by Austin Minney at All Aces Studios, mastered by Brad Boatright at Audiosiege, and features album art by Ethan McCarthy. You can pre-order it through the link below. 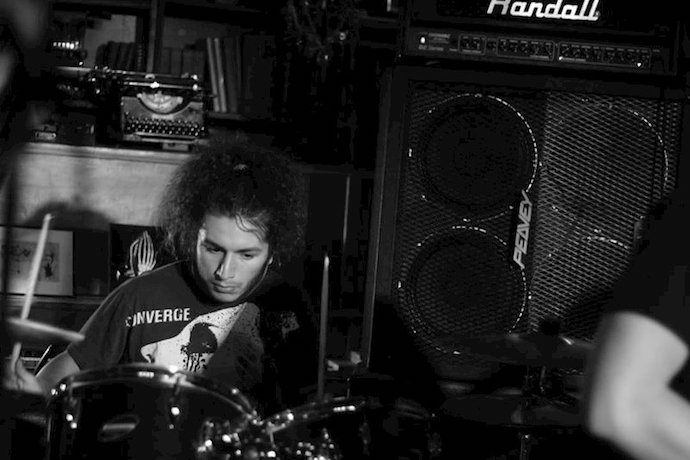