Having been immersed in year-end LISTMANIA and other diversions since completing a recent vacation, I have a large backlog of newly released music that I’ve only just begin working my way through over the last couple of days. From what I’ve heard so far, I assembled the following collection — almost all of them advance tracks from forthcoming releases, plus one new bonus track that arrived late last month.

In extreme metal circles these days, when one thinks of Iceland one thinks of black metal. Draugsól was one of many Icelandic black metal bands who proved their worth, with a fine 2017 debut album named Volaða land (we learned more about the band and that album in a 2017 NCS interview of guitarist M.K. and vocalist A.J.). Now, two of Draugsól’s three members (guitarist/bassist/vocalist Maximilian Klimkoare and drummer Kjartan Harðarson) are forging ahead under a new name — Kaleikr — and their new album Heart of Lead will be released on February 15th by Debemur Morti Productions. 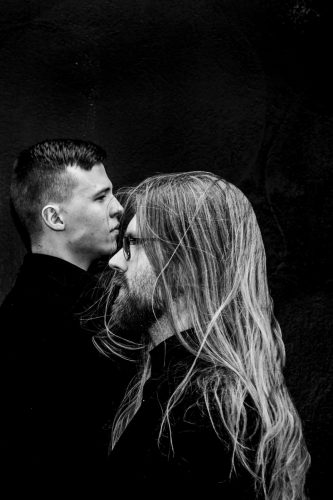 The album is described as “a journey from sadness through despair to total mental collapse”. The song below, “The Descent“, is one of three tracks on the new album that includes a guest performance by Árni Bergur Zoëga on viola, and it appears second in the running order, following the opener “Beheld At Sunrise”.

There is a gleaming and glorious quality to the music at first, and then it becomes ferocious, harrowing, steeped in ominous gloom, and spiraling toward bombastic delirium. While black metal is one ingredient in the music, it’s not the only one; the band draw upon death and progressive metal as well, weaving an intricate tapestry of sound that proves to be explosive, luminous, head-spinning, and hallucinatory. This presents the early earmarks of an album that’s going to be worth close attention in the new year.

Heart of Lead was mixed and mastered by Stephen Lockhart at Studio Emissary. The vibrant cover art was created by Metastazis. 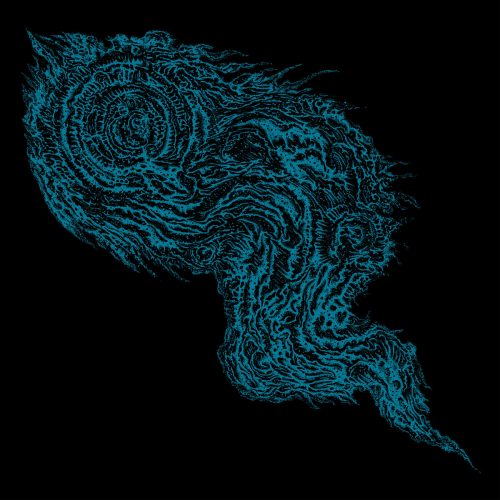 I first encountered the Slovakian band 0N0 in the middle of 2016 when exploring their second album Reconstruction and Synthesis for an episode of the now-defunct MISCELLANY series at our site. Then, I used such words as “hallucinatory”, “spellbinding”, “heavy”, and “disturbing” to describe their remarkable amalgam of atmospheric/industrial/death/doom.

0N0 have now completed work on a two-track EP named Cloaked Climax Concealed which will be released on March 3 of next year by Transcending Obscurity Records. “The Crown Unknown” is one of those two new tracks.

The adjectives I quoted concerning their last album hold true here as well. The music is eerie and chilling as well as tremendously heavy. Augmented by heartless, howling vocals, and tendrils of freakish melody, it will rake at your sanity with sharp claws, pull you ever deeper into a black abyss of agony and despair, and thunder against your spine. There is also something frighteningly majestic about the apocalyptic visions channeled by this track.

The eye-catching cover art for the EP was created by Viral Graphics.

(Thanks to Miloš for being the first person, but not the only one, to point me to this track.)

Vitriol’s Pain Will Define Their Death was one of the best and most explosive debut EPs delivered during 2017. In his vivid review for our site, TheMadIsraeli proclaimed that it was one of the best death metal EPs not just of last year but of the last five years, “three songs of absolutely pulverizing, rapidly seizing technical death metal” — “structured delirium, organized chaos, encapsulated insanity”. I became so addicted to a track from the EP named “Victim” (which was accompanied by a terrific music video) that I included it in my list of 2017’s Most Infectious Extreme Metal Songs.

On November 30th, Vitriol released physical editions of Pain Will Define Their Death in the U.S., and Everlasting Spew did the same in Europe. Those physical editions included a bonus track called “The Parting Of A Neck“, which first premiered at Decibel and then became the subject of a play-through music video that features vocalist/guitarist Kyle Rasmussen and bassist Adam Roethlisberger — both of whom really throw themselves into the video performance of this blazing piece of music.

And the music really does blaze. It’s breathtakingly ferocious, often faster than a speeding rocket, unhinged in its intensity, and atmospherically frightening. The fleet-fingered fretwork is technically impressive, the vocals are completely off-the-hook, but the song is a crusher as well as a mind-bender. It’s a vivid reminder of how good this band are, and leaves me near-slobbering with hunger for another Vitriol release. 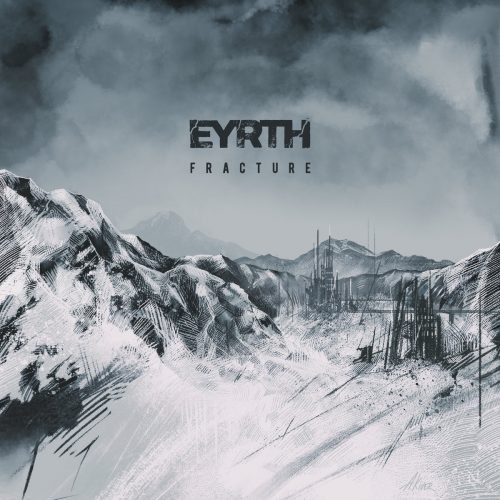 Eyrth is a Latvian post-metal band whose debut album Fracture is set for release on January 7th. Two songs from the album have been out in the world for a while (“Meadows” was first released as a single more than a year ago, and the title track was released in September), but I only discovered them within the last couple of days, thanks to a recommendation by Rennie from starkweather.

“Meadows” is hauntingly beautiful in its opening moments, but there’s a sense of deep foreboding in the music as well, and as the track’s intensity swells it becomes an increasingly disturbing experience. The music’s mystical, gleaming quality never disappears, but it’s balanced by a feeling of immense devastation and abandonment.

“Fracture“, on the other hand, takes off like a rumbling, rock-crushing, bone-smashing juggernaut, eventually transforming into a pile-driving stomp that shows no mercy. As in the preceding track, the vocals channel incinerating pain, and there’s an eerie, unearthly quality to this track as well. It falls into a gliding drift at the end, casting a beautiful spell of sorrow. 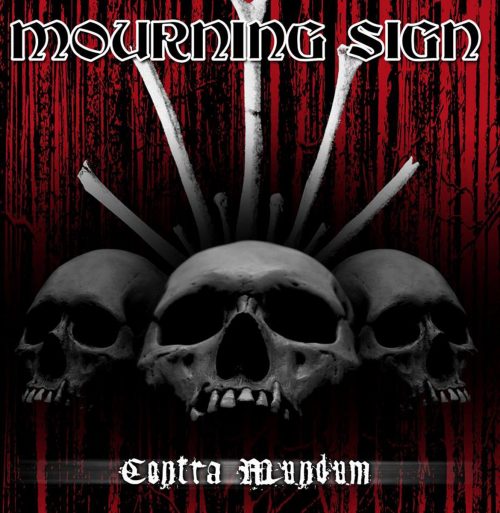 The Swedish progressive death metal band Mourning Sign will release their third album, Contra Mundum, on December 20th via Orchestrated Misery Recordings. It will arrive a mere 22 years after the band’s second album, Multiverse, and only 24 years following their self-titled debut album. As you might guess, the members went separate ways after that second album but re-formed in 2016, and this album is the result of their renewed collaboration.

The song below, “Nest of Vipers“, was apparently released as a single last year, but I discovered it only yesterday because even more recently (on December 6th) the band released another track from the album named “Dualism“. You’ll find streams of both of them below.

Both songs reveal a band who clearly know what they’re doing, capable of assaulting the senses with fangs-bared viciousness but equally capable of wrecking necks and of infiltrating these brazen and battering tracks with insidiously effective darting and soaring melodies as well as gloom-cloaked and ethereal diversions. Dynamism is the hallmark of both songs (there’s even a small bit of clean singing in the first track and some gruesomely distorted spoken words in the second one, to go along with the utter barbarism that’s the main means of lyrical expression). They’ll keep you on the edge of your seat as the band shift gears with veteran skill. And there’s a hell of a good guitar solo waiting for you within “Dualism”.