CON is a black metal project started by Swedish musician Pontus Norman in 2009. The project’s name consists of the first three letters of the Latin word Conscindo, which means “To tear into pieces”, and we’re told that in this context it is intended as a representation of the command “To tear the earth into pieces”. A demo whose sound was consistent with that edict appeared long ago, but now, almost a decade later, CON’s debut EP In Signo Draconis will soon be released on cassette tape by Clandestine Faith., whose founder Steven Santos has become a member of CON for future recordings, and today we’re helping spread the word through the premiere of a full stream of the EP’s three tracks

For those who may become curious about the evolution of this project and the interests and experiences of the band’s members, we recommend this October 2017 interview, and this more recent one which was published in August 2018. In the earlier interview, Pontus Norman explains that on this new EP, Jimmie Oloausson played the drums and Master of Her Temple performed the vocals. 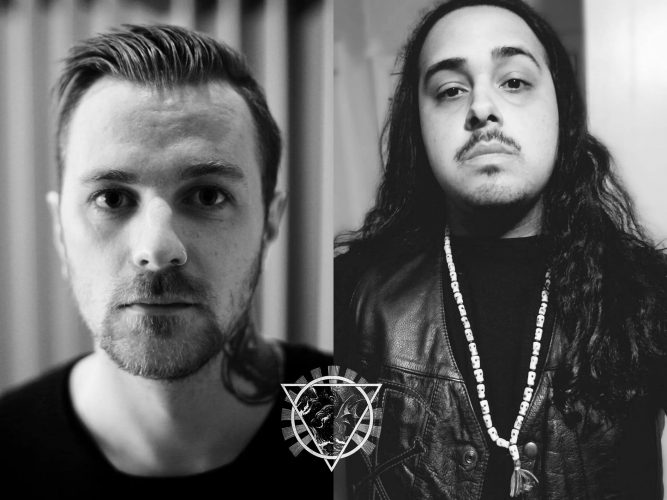 The name of CON’s new EP, as well as the title of its opening track, “Rest In the Arms of the Dragon” (which we premiered last April), conjure images of fearsome, unearthly power, and the music of that opening track is perilous and viscerally powerful as well. But the song is a multifaceted work, and its allure draws strength from other sensations and moods.

The music has a heavy, ominous undercurrent to accompany its hard-charging, head-moving riffs and fiery leads, and the vocals are stunningly savage and impassioned. Yet the song also includes sweeping melodies that soar in displays of terrible grandeur and convey intense melancholy as well. The track further includes a surprising digression, with dreamlike guitar reverberations underscoring the music’s mystical atmosphere.

The EP’s second track, “Naamah“, was revealed in June of this year. Launched by ear-scouring abrasion and the sound of a bestial voice, “Namaah” rocks with extreme menace, its jolting riffs deep and dark and the vocals a ferocious and throat-cutting expulsion of cold fire. The song gets its hooks in the head damned fast. The riffs and rhythms will get you moving hard, while the leads give off a feeling of rising infernal menace. The song’s back half reveals a beguiling change — an imaginative combination of syncopated percussion, darting notes, and a sinuous, seductive solo that together prove to be just as quickly addictive as what came before, though more sorcerous in its atmosphere.

Moving at first at a deliberate and stately pace, the EP’s final track, “Aarab Zaraq” creates an atmosphere that’s bleak and threatening, with ringing guitar notes that provide an unearthly and sorrowing resonance while the vocalist expels the lyrics with extravagant fearsomeness and unbridled passion. The music’s intensity escalates as the drums become more frantic and the riffing seethes and soars, lending a sense of danger and desolation to the song’s grim aura. 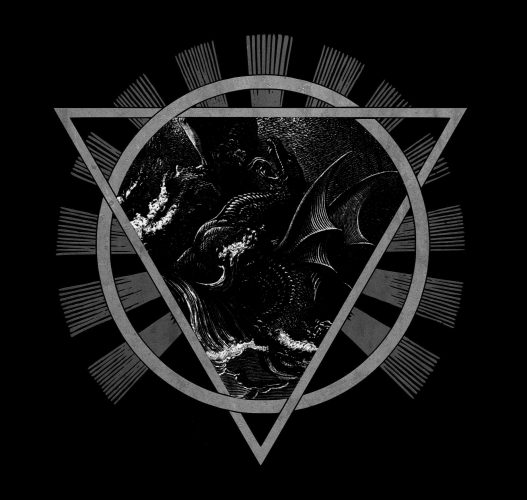 In Signo Draconis is configured for streaming as a single clip on YouTube. Below you’ll find an index to the three tracks, along with links to locations where you can keep up with further info about the release — and about the ongoing work on CON‘s next release.