I felt that I owed the music something better than the words I’d cobbled together, which struck me as more emotional and stream-of-conscious in their ramblings than they should have been. And then, with the music out in the world, I just never got back to the drawing board in the hope of crafting a better homage.

It’s a wonderful duo of records, and if you haven’t listened to both of them, straight through in sequence as they were meant to be heard, you really should. It’s an incredibly moving experience.

The albums weren’t made to be a collection of “singles”, but they are nevertheless home to many tracks that stand alone quite beautifully, even if you’ll get something more out of them based on their context within the albums’ flow. I’ve picked one of those tracks for this list, maybe in part because I’m writing this installment of the list while at the tail end of the biggest snowfall Seattle has experienced in 50 years, a week-long stretch that has delivered a lot more snow than the region normally gets in an entire winter, and has made the tall forests around my home into a wonderland. The song is “Snow Burdened Branches“.

The song begins with a recorded statement by Sigurd Olson ((1899-1982), a well-known environmentalist, award-winning conservation activist, and best-selling author of nine books, including The Listening Point. He spent most of his life in Ely, Minnesota, on the verge of the Quetico-Superior wilderness, and (like Austin Lunn) was a lover of the great north woods, and you can feel that passion in this music.

“Snow Burdened Branches” blazes, all that passion bursting forth in the roaring riff and roaring voice, the thundering bass, the soaring and scintillating lead, and the extravagant blasting drumwork that launches the song. The panoramic sweep of the music is as grand as the great forested vistas that provided part of the inspiration, while the guitar melodies seem to combine feelings of wonder and wistfulness, melancholy and yearning, a feeling of being surrounded by great, ancient presences that might still leave you alone with your inner-most thoughts as new rings of growth count the passing years. Even when the drums cease at the end, the music is glorious… and then as fragile as a moment of peace beside a rippling creek.

(The video below is the full Panopticon set from Fire In the Mountains, but it’s “Snow Burdened Branches” that begins the video.) 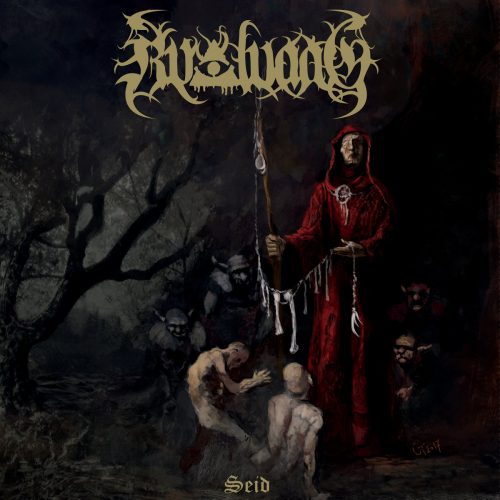 Seid is the third studio album by the Norwegian black metal band Kvalvaag, and it was released last year by the Dusktone label. In advance of the release, I wrote about an advance track from the album named “Bergtatt“ that I thought for sure would make this list of mine, but over time it got edged aside by the one I finally chose, “Mare“.

Moody and mystically inclined at first, the song begins to cast an otherworldly spell — a beautiful one, made brighter by darting violin strings. Even when the music begins to surge and sear, there is beauty (albeit a dangerous beauty) in the shining, cascading keyboard layers, yet the head-moving drum rhythms know how to find your brain stem and get their hooks in there, too. The blend of ear-shrieking shrieks and rising choral voices work very effectively together, as do the whirling, dancing riffs and the ones that jab like a maniacal jackhammer.

There’s something almost carnival-like and mad in the music, as well as something ravishingly magnificent, and something demonic and vicious. It’s a weird and wondrous swirl of sound mixed with a carnal physicality — and somehow it works, everything meant to be just as it is. It’s also highly addictive. 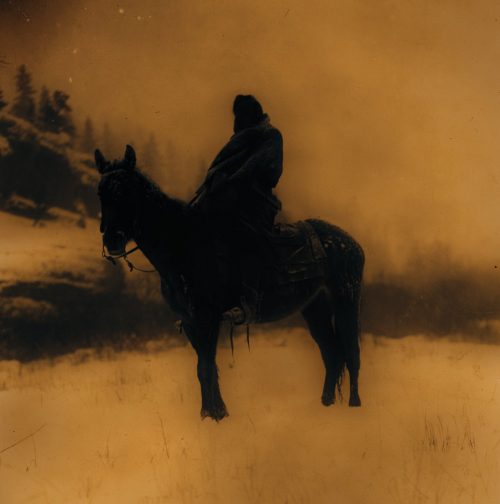 Wayfarer’s third album, World’s Blood, was described by Profound Lore as “a reflection of the Rocky Mountains and high plains of their native Colorado”, “drawing influence as much from the dusty, dark Americana of the ‘Denver Sound’ and the scores of epic westerns as they do the fury and melody of black metal….” In his review for us, Andy Synn described it as this band’s “finest work”, “a record richly endowed with both a sense of history and real emotion”. He wrote further about the next song I’m adding to this list:

“Opener ‘Animal Crown‘, for example, is akin to galloping across a windswept plane as the sand and soil shifts beneath you, exposing the rocks and the roots which lie just beneath the surface, and bringing old bones into new light.

“As metaphors go, I think this is a pretty good one (if I do say so myself), as the song paints a vivid musical landscape through which the listener journeys, encountering unexpected sights and sounds along the way, as well as elements – the bare-bones melodies of American folk music, the raw fury of primal Black Metal – which have been resurrected to serve a new purpose”.

“Animal Crown” really is a viscerally arresting song that merits the above description — and it’s also damned memorable, which is why you’re finding it here. This song is also the second one in today’s installment that was performed live at Fire In the Mountains festival last summer in Wyoming. It’s the first thing you’ll see and hear in the video below, filmed as part of Wayfarer’s entire set by (((unartig))).

The song is the title track from an EP named Сеногной by this band from Siberian Russia (reviewed here, along with our premiere of a different track from the EP). The EP begins with “Новый рассвет (New Dawn)“, a two-and-a-half minute track, continues with the four-minute song “Frost leash“, and ends with “Сеногной (Senognoy)“, which nearly reaches eight minutes. The music flows and evolves; as they have before, Neverending Winter manage to successfully braid together differing strains of black metal (both savage and atmospheric) and crust punk in a way that makes the EP a riveting listen from start to finish.

There’s tremendous dramatic power and explosive energy in these three tracks, which mix furious rampaging with sensations of dark and ominous grandeur and glimmers of otherworldly, melancholy beauty. The longer tracks are the more diverse, of course, and the title track is the one that made the deepest impression on me — and it turned out to be a lasting impression, as you can see.