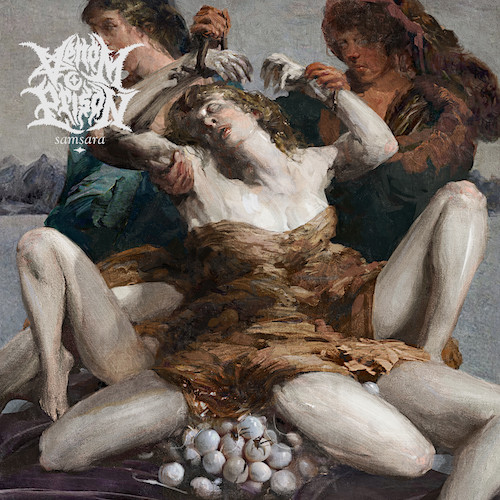 (Andy Synn reviews the new album by Venom Prison, which will be released on March 15th by Prosthetic Records.)

So this weekend just gone I had the pleasure of seeing Bryan Adams playing to a packed out arena full of people, performing tracks from across his fourteen(!)-album back catalogue with all the verve and vitality of a man who has built his career, and his life, around a simple love of music.

On the surface, of course, the former’s uplifting pop-rock anthems have very little in common with the hideously abrasive assault of Venom Prison, whose second album is arguably an even more aggressive, no-holds-barred barrage of Death Metal fury than their first, but I find it interesting all the same to see how the basic building blocks of both artists’ music – guitars, bass, drums, vocals – are basically the same, yet the execution and end result are so strikingly different.

One thing that the two do have in common, however, is that their music undeniably comes straight from the heart (pun intended)… although in the case of Samsara it does so in a much more bloody and brutal way than anything which the (in)famous groover from Vancouver has ever released! 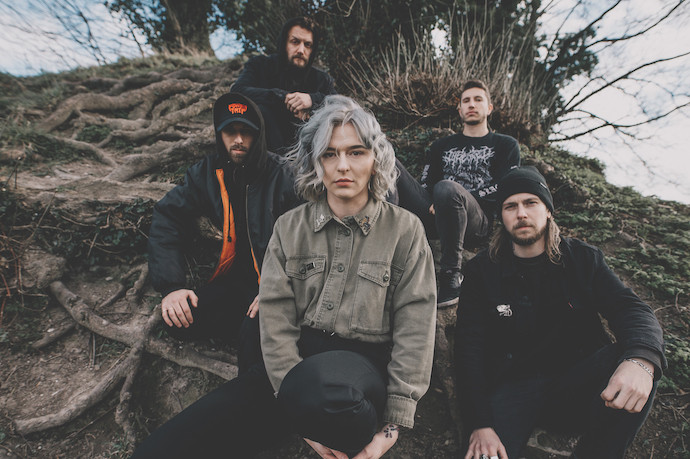 Both musically and vocally (and lyrically) the nine songs (plus one much needed interlude track) which make up this record are significantly heavier, angrier, and more dynamic than both the band’s debut EP, The Primal Chaos, and their debut album, Animus.

And while this may be an impressive feat in itself, as neither of those two releases were particularly shy or retiring, it’s the latter aspect – the increasingly smart and dynamic songwriting – which really helps put Samsara over the top.

The key ingredients remain largely the same, of course, all stripped-down, Slayer-core chugs, churning, Cannibal-esque riffage, and jarring explosions of whiplash-inducing, Defeated Sanity-style Tech/Grind brutality, topped off as always by the utterly ravenous vocals of Larissa Stupar, but the band’s decision to add an extra dash of dark melody to the mix this time around has helped them hone and sharpen their sound to an even more lethal edge.

Most importantly, however, the songs themselves have been given just that little more room to breathe – the shortest non-interlude track, penultimate pain-bringer “Dukkha”, still clocks in at a solid 03:43, making it longer than the majority of the group’s previous material, while stunning closer “Naraka” stretches out to an impressively complex and cathartic 05:56 – which means they each have more of a chance to find their own groove, and their own identity, while still being able to strip the enamel from your teeth from a hundred metres away.

Take obnoxiously aggressive opener “Matriphagy” and its similarly caustic companion “Megillus & Leana”, for example. While both tracks deliver, superficially speaking anyway, a not-dissimilar deluge of daisy-cutter riffs and punishing percussive artillery, the ways in which the former toys with both moody melody and twitchy technicality, while the latter opts for a more discordant and dissonance-laced approach, makes each one a distinctive-yet-devastating entity in its own right.

Similarly, the chunky chuggery, blistering blastbeats, and neck-wrecking grooves of “Uterine Industrialisation” (which you can listen to below) offer another distinct, yet complementary, flavour, especially when guitarists Ash Gray and Ben Thomas start throwing in an array of squalling solos, sickening squeals, and scything tremolo to sweeten the deal, while the reckless fury and shredding hooks of “Self-Inflicted Violence” find the band continuing to stretch their song-writing muscles without sacrificing an ounce of intensity in the process.

The second half of the album (following the necessary breather of “Deva’s Enemy”) continues to pull no punches, yet also introduces some potentially more controversial elements into the band’s repertoire, from the surprisingly heroic (and melodic) lead refrain which introduces “Asura’s Realm”, to the more overtly blackened and technical moments which rear their head during “Sadistic Rituals” and “Implementing the Metaphysics of Morals” respectively.

The thing is, while these new (or new-ish) tricks definitely help expand the band’s sound, they don’t dilute it in the slightest. All they really do is give the quintet even more ways to rip your face off and pour salt in the wound, meaning that every single track feels just that little bit heavier, every riff that little bit sharper, and every barbed hook embeds itself that little bit deeper this time around.

So while there’s every chance that the release of Samsara is only going to lead to bigger, better, and brighter things for the band, maybe don’t hold your breath for that Bryan Adams/VP tour any time soon. I don’t think anyone’s quite ready for that just yet!