I paid attention to (and wrote about) the 2017 debut album (Schatten in Schwarz) of the multinational band Schattenfall because their line-up included two former members (Vladimir Bauer and Yurii Kononov) of the band White Ward, whose brilliant debut album Futility Report I had the pleasure of premiering earlier that year. The third member at the time of that debut was vocalist/lyricist Ole Heidenblut. Now Schattenfall have finished a second album, Melancholie des Seins, on which Bauer and Kononov are joined by a new vocalist, Stefan Traunmüller (who also contributes additional solo guitar), whose work I’ve admired in Golden Dawn, Rauhnåcht, and Wallachia (among other groups). 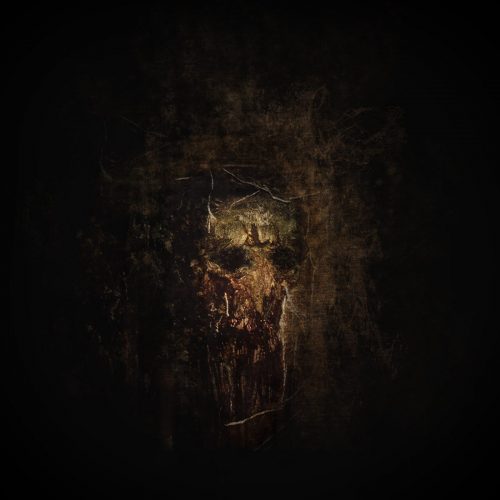 The new album, almost an hour long, will be released digitally and on cassette tape by Redefining Darkness Records on March 29th, and a CD edition will be released by Wolfspell Records. It includes a trio of guest vocalists as well as acoustic and classical guitar performances by two more guests. The wonderful artwork was created by Valeria Metzker (and as you can see, there are variant covers for the cassette and CD editions).

Just today a song named “Misanthrop” surfaced on Bandcamp. The slow strumming of an acoustic guitar opens the track, which opens up into a mid-paced experience of somber clean vocals and melancholy chords, accented by an extended guitar solo that seems to extravagantly weep. Unquestionably sorrowful, the music is nevertheless gripping — and it becomes increasingly intense as the vocals become more caustic and cruel, and the riffing and drumwork become more desperate and doomed in their moods. The clean vocals do reappear, carrying a refrain that has quickly become memorable, and there’s another wonderful solo around the bend as well.

A wonderful song that gets under the skin, and stays there. 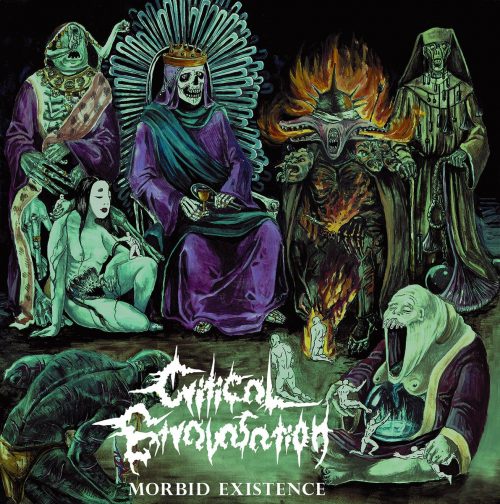 Critical Extravasation is a young Russian band whose debut demo, Morbid Existence, is a death/thrash attack in the vein of Pestilence and Morgoth. Like the Schattenfall album above, Redefining Darkness Records enthusiastically picked up the demo for a digital and cassette tape release.

The song below, “Body Count“, is a cover of a track by the very same Morgoth, whose influence is noted above — and these young dudes kill it. Aided by a powerhouse production quality in the sound, they deliver a vicious, heart-palpitating attack that’s also deeply sinister and morbid. And man, they sound like they’ve been doing this kind of thing for much longer than their youthful ages would suggest.

Morbid Existence will be released on April 5th. It features cover art by Nagamasa Art. 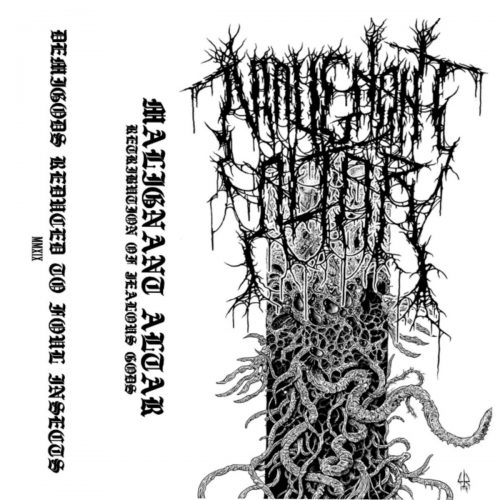 To conclude this two-part round-up, I urge you to listen to Retribution of Jealous Gods, the debut demo by Houston-based Malignant Altar, a band that includes the drummer and guitarist from Insect Warfare. But there the similarities between the two bands end. Malignant Altar‘s tastes run more toward death metal in the vein of later Morbid Angel.

If you visit the Bandcamp page for the album, you’ll see the following comments by people who’ve bought the demo:

I’m not sure I need to say anything more. In fact, I don’t think I will — other than to urge you to give this your full attention. It’s absolutely killer.