As many of you already know, Fallen Empire Records has permanently ceased activity, but its proprietor has not. Instead, he has joined forces with Mystískaos Records, whose previous releases have included music by Chaos Moon, Entheogen, and Vonlaus. The first three releases of this new collaboration include two of the albums in Part 2 of this week’s black metal column. The first of those is Undir skyggðarhaldi, the debut record by the Icelandic band Andavald.

The album is bounded by a prelude and an epilogue, both of which are much shorter than the three long tracks that come between them, but nonetheless serve vital roles. Of the three long songs in the middle, earlier versions of two of them surfaced in videos of a live Andavald performance that caught my eye in 2017, and prompted me to write about them in another one of these columns (here) before I knew anything else about the band; at that time they had released no music. Metal-Archives now tells us that the line-up includes two members of Mannveira and one who was formerly in Norn, Almyrkvi, and Sólstafir.

Vaporous and eerie, “Forspil” slowly draws the curtain back from the stage, but the sound is too unsettling to becalm the mind entirely. What follows in the three long tracks is vastly more unsettling. Dissonant, disturbed, and moderately abrasive riffs wash over us in “Afvegaleiðsla”, both enhancing the spookiness of the atmosphere created in the prelude and joining it with the feeling of inhaling a poisonous and hallucinatory miasma. The music buzzes and warps, its only hold on reality coming from the warmth of the bass tones and the stability of the head-catching drum beats. There’s a weirdly wondrous and mesmerizing quality in the music, even though the tortured vocals and the persistent undercurrent of fracturing reality in the sound continually claw at our sanity.

“Hugklofnun” employs similar ingredients, suffusing the senses in dense waves of needling chords that create an aura of nightmarish majesty and inconsolable misery over solemn but gripping rhythms. It casts a sonic spell, but one that makes you periodically glance over your shoulder, in fear of what inhuman monstrosity might be creeping up behind you during the skin-shivering reverie.

Oh, you’ll want to shake yourself after those two last tracks, but even though the title song has a more animated beat, the twisted riffs and skin-splitting vocals will still stiffen the hairs on your arms, legs, and neck. Like the vocalist, the music seems to cry out in desolation, yearning for hope or warmth, but finding cold panoramic vistas. Those images might widen the eyes in awe (as the music often does), but no consolation is to be found in these stunning yet heartless soundscapes.

Gleaming notes ring out near the end of the song, like strident, tearful appeals for salvation, but the album’s epilogue answers them with the maw of an endless abyss, sparsely populated by glimmering strummed chords and the awful cries of myriad lost souls.

Undir skyggðarhaldi is available for digital download (name your own price) at Bandcamp, but will also be released by Mystískaos in a vinyl edition, which you can order via the second link below.

(Thanks to starkweather, eiterorm, and Miloš, all of whom enthusiastically alerted me to this release in rapid succession.) 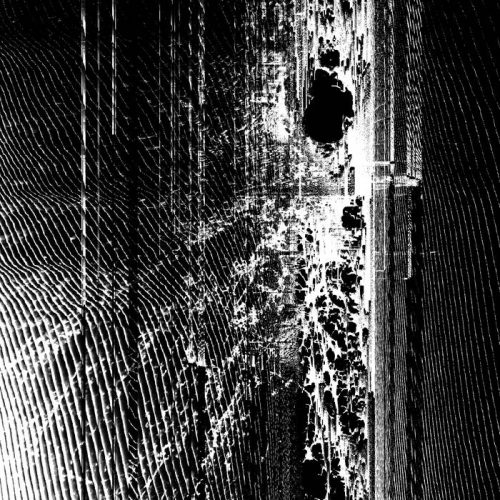 Our journey into the void continues, with a new release by the enigmatic Starless Domain.

I was completely carried away by this U.S. band’s debut album EOS, which was released this past January — and admittedly got carried away with my own verbiage in attempting to capture the experience in another one of these columns (here). The band’s new album, ALMA (released without warning on June 5th) has had a similar effect. This time, however, it occurred to me to share a more pithy reaction before allowing my own words to tumble forth, so here’s what starkweather’s Rennie had to say about it on that band’s Facebook page:

Wonder does war with disorientation in this latest release, which like EOS asks you to arrest your attention for one long track, this one lasting almost 45 minutes (in comparison to the 58 of EOS). Over the course of this extravagant mission into the airless void, other battles rage. The music spawns images of vast celestial magnificence, but those visions transform. What is ominous and daunting becomes malignant and monstrous. What glimmers and glows becomes a fatal fever. Trembling with anticipation, we’re greeted by turmoil and terror.

In long passages the music is densely textured and almost cacophonous, a riotous amalgam of hammering drums and heaving or hurtling bass, dissonant swarming riffs, searing keyboards and brain-spearing chords, terrifying shrieks,  ghastly roars, and long desolate wails. In these blistering passages, the sound is all-enveloping, and fundamentally unnerving. We’re sent rocketing through some off-planet phenomenon that might make us wide-eyed in astonishment but seems bent on disassembling us into scattered atoms.

In the brief moments of low ebb (which here is a very relative term), the bass might vibrate maniacally as ambient tones swirl about, carrying us into another trans-dimensional vortex. Or we might be blanketed by the rush of solar winds through which we detect the darting of electronic transmissions originating eons ago from some long-dead civilization. We might hear angelic choirs and grand but gloomy horns, but it’s probably the result of anoxia.

We ride our world as it sweeps through the cosmos on a course set in motion billions of years ago, but everything we pass through or might imagine we could reach through our own endeavors is hostile to our existence. Every aspect of what lies beyond our planet tells us to stay where we are, as if to warn us that though we may be desperately curious about what lies outside the home sphere that we’re persistently attempting to ruin, we are not welcome there. If you doubt that, listen to ALMA. 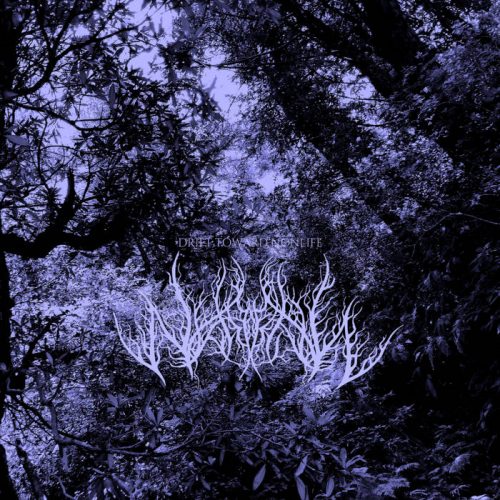 I’ve written about most of Nightgrave’s previous releases, from Futures to Echo, from Nascent to a “void trilogy” consisting of Black Earth, The Loom of Void, and The Curse of Life. And I’m doing so again, because Nightgrave’s alter ego Sushant Rawat continues to amaze… even if Metal-Archives finds his cross-genre experimental compositions too far afield to qualify as “metal”.

The newest album, Drift Toward Nonlife, was released on May 7th, but my recent festival binging delayed my exploration of it until late this past week. When I heard it, it seemed to be a natural companion to the first two albums in this collection. Although it’s a stylistically different kind of beast from those, it also made me often think of a spectacular but chilling adventure into the cosmos.

Heavily accented, or even principally carried at times, by electronic ingredients (whether keyboards or guitars doused in effects), the music is frequently panoramic in its scale and sweep and mesmerizing in its mood. Yet the drum rhythms are so heavy and powerfully produced you can feel them in your spine. While the songs are capable of producing a feeling of awe, they’re also weighted by feelings of terrible sorrow and isolation.

The dynamism of the music remains a Nightgrave hallmark. “Nothing Means Everything” provides a prime example. The opening melody sounds like the slow bowing of a viola or bass violin, moaning over a syncopated drum beat. But it unfolds from there into a sweeping cascade of sound that’s both grand and grievous, tugging mercilessly at the heartstrings. As the drums explosively detonate, the music soars higher, then drops, rings, and wails an agonizing yet powerfully alluring lament. At the end, it glimmers like the brilliance of starlight viewed through tears. If the music doesn’t break your heart, it has grown too cold.

As the album proceeds, it passes through phases that are despairing and dirgelike and others that become discordant and destructive (see especially “Don’t Breathe”), or simply and softly hypnotic. Sometimes you experience all these sensations in a single track. The vocals are scarce but shattering when they surface; the instrumentation — which occasionally includes beguiling acoustic guitar as well as symphonic swells — plays the dominant role, and it’s a persistently dramatic role. The album becomes a pageant that’s somehow both mystical and rooted in human emotions, channeling striving and failure, defiance and loss.

To conclude this two-part column I’m turning to the second of the three albums recently announced by Mystískaos, which include the Andavald release up above. This one is a full-length collaboration by the part American, part-Icelandic band Skáphe (Alex Poole, Steven Blackburn, and D.G.) and the Icelandic band Wormlust (whose principal creative force is H.V Lyngdal). Together, this quartet and a fifth performer whose identity I haven’t deciphered have crafted two long tracks, “Þeógónía” and “Vaxvængir vonar” under the album title Kosmískur hryllingur.

The first friend of mine who listened to the musical union of these two bands simply said: “It’s psychotic (like that would go any other way)”. True enough, but it’s also psychedelic, as hallucinatory as it is mind-exploding in its more psychotic episodes. In fact, the more mystifying of the movements in these constantly changing tracks make for complementary companions to the earlier albums in this collection, inspiring feelings of (fearful) wonder. Even the more terrifying episodes sometimes create an atmosphere of grim, oppressive grandeur.

But at its core, the music is disturbing. Among other things, the songs won’t let you settle in for very long. They won’t even let you hunker down and cower in fright for very long, trying to shield your mind from what’s happening. Just when you think they’ll succeed in dismantling your sanity, they do something magnificent that causes you to look up, maybe begin to rise off your knees, wide-eyed and jaw open. But that won’t last for long either. They’ll bring you into a huddled crouch again, maybe with some miasma of nausea-inducing riffage or an out-right assault of rampant savagery.

The dynamics of tempo, volume, and mood are extravagant in both songs. Misery might reign for longer in the second track than in the first, though it also reaches heights of fearsome glory. The vocals, however, are always a house of horrors (remember, I said that at its core the music is disturbing).

I’ve painted in very broad strokes. Many more words could be written, because much else happens than what I’ve noted so far. But I’ll stop and encourage you to let this album swallow you whole in its leviathan maw. It may be too soon to proclaim it “shockingly brilliant” — a few more listens might be required if I can muster the courage for it — but that’s certainly the way I’m feeling now.

The wonderful cover art of Kosmískur hryllingur is by Sindre Foss Skancke and Metastazis. Like the Andavald release above, it’s available to download now at Bandcamp (name your own price), and a vinyl edition will be forthcoming.