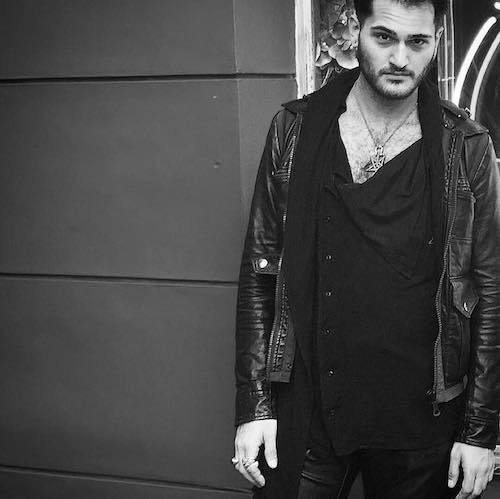 (Wil Cifer conducted the following interview of Jay Gambit, the principal creative force behind the genre-bending band Crowhurst, whose latest album III was released earlier this year by Prophecy Productions.)

Earlier this year I reviewed the latest album from this experimental black metal project, which was the third part in a trilogy. I recently managed to find the time to catch up with Jay Gambit, the main man behind this project, to discuss his creative process behind this album.

There seems to be a theme of working with different personnel for each record you make. Is there a reason behind this?

I view lineups as more of an assembly of musicians I think will benefit the record. Andy [Andrew Curtis-Brignell] was the backbone, no doubt about it – but there’s a lot more musicians on III like Ethan from Primitive Man and other folk whose sonic signature was distinct and complementary to various recordings. What keeps this from being a solo project is that I feel every musician brings their own presence, and by playing around with different formulas each record – you can get some spectacular and unique results. 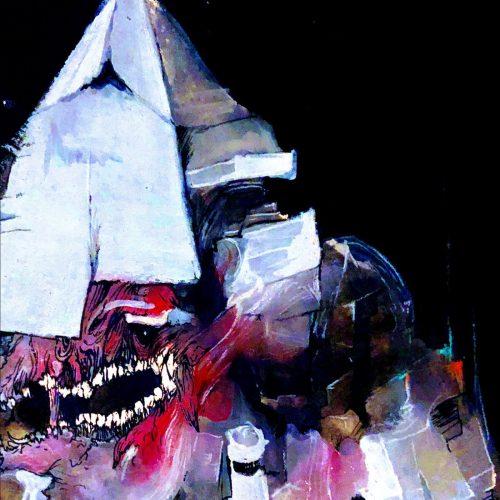 Overall this album has a more organic feel. What percentage of the drums are live this time around ?

Less of the drums were live this time around. We did a lot of layering of live drums over electronic drums.

Some of the darker elements of this album seem to draw influence from acts like Swans or Birthday Party. Is the case? And what is your relationship with post-punk?

The trilogy was kind of my expression of what a black metal record should be, with the first taking lots of influence from old school screamo and AmpRep style noise rock. The second drew more from industrial metal with clear nods to Marilyn Manson, Ministry, and acts like Mamaleek that are doing their own thing. Being that this was the final entry, there was a lot of cramming — and ’80s neofolk/post-punk is a genre we wanted to touch upon this time. I do have another project called Executioner’s Mask which is very strictly post-punk though, so that’s where those ideas go now.

The lyrics seem to be more personal this time around. What are the lyrical themes?

The trilogy is roughly a kind of trip through hell, in the sense that it deals with addiction and mental health issues. A lot of it deals with suicide. I have been dealing with severe depression for all my life — my father committed suicide and I was raised by my mom who also deals with depression. There’s a lot of songs about trying as hard as you can and still failing. Songs about being taken advantage of, and just the savage nature of people and life in general.

When you started this project did you have any goals? Have you met any of those goals?

I had a huge goal met when I played two sets at Roadburn this year. Same with Austin Terror Fest — those are two festivals that consistently serve as a showcase for the best and the brightest and it was an honor to be picked to play. Outside of that, I feel that I am a failure. My thoughts were that nobody even bought the album until I saw that the LP’s had sold out and were unavailable from the Prophecy store — and even then they said it was just a computer glitch. I still hold ambitions for the project though — however silly. An example, as dorky as it seems: I have always wanted to have our albums covered by the places I discovered my favorite bands from in college, like Pitchfork. For now though, I am kind of at the mercy of whatever Prophecy wants from and for me.

In more extreme forms of music vocals can come across as an afterthought and just become a human layer of white noise. This is not the case on this album. When did they come into play in terms of songwriting?

I write a lot over the years and at the end of the session I kind of slap down vocals however they see fit. I think we recorded vocals for III in 44 minutes, almost all single takes — almost all with choruses I formed from abstract notes while in front of the microphone. I hate to consider them an afterthought because they have a lot of thought put into them, but they are almost always only revisited as more than just words on paper after everything else is done.

Crowhurst was formed in 2011 when noise was still a fairly fringe genre for most listeners of metal and other more mainstream extreme music subcultures. In the past decade though, more and more noise acts are gaining more widespread popularity. What would you credit that to?

I think one act you can give a lot of credit to is The Body, who have not only toured RELENTLESSLY but have taken a lot of people on tour who would have likely been considered a real “risk” by promoters. I still think it’s hard to break through for noise acts — we still struggle to find a booking agent who understands us no matter how hard we try, even though we don’t play noise sets much anymore. Ultimately though, there are SO MANY fearless acts these days like Moor Mother, Dreamcrusher, Lingua Ignota, and Pharmakon who bring the sounds of harsh noise to audiences who are just learning of the genre’s existence.

Are their any albums released this year you have heard that moved you?

Lingua Ignota, False, Ramleh, Immortal Bird — a lot of really awesome interdisciplinary stuff. I think the current state of music is one of transitions. If you look at 2008-2009 there’s a lot of similarities, a lot of barrier-breaking and button-pushing. That’s what we need now — more music that will influence and less music that is influenced. 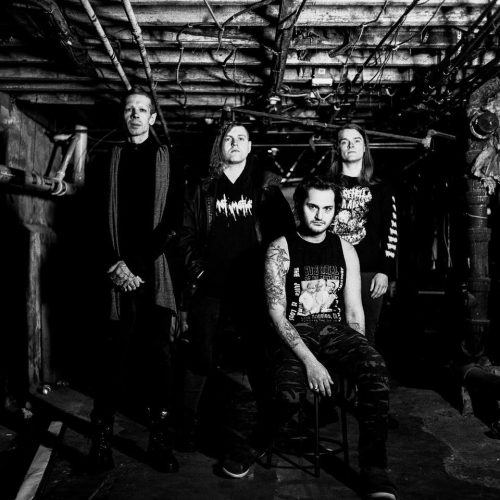 Are their plans for live performances or touring to support this album ?

Our idea was to do various dates across the US/UK/EU instead of a full summer run. We did a lot of festivals and tried to capture them for YouTube — we should have recorded the one in Austin but I forgot to put SD cards in the cameras we set up. There’s some stuff coming up in the fall as well, and we hope to get on the road as support for somebody else in 2020. Playing live rules. Just depends on what’s possible for us.

You often have multiple releases over the course of the year. Is there any anything else planned for release?

I wish we were allowed to release more. I have about 7 full, finished records that I am restricted from releasing. I’m being forced to just sit on this amazing collaboration with Crawl. There’s a whole noise rock LP we recorded in the UK with Sam from Slabdragger who’s one of my favorite UK producers and an incredible dude all around. I did a classical record with Gavin Bryars that is hopefully coming out soon. The label doesn’t speak to me directly anymore, but I’ve heard that they want to release that one.

In the meantime someone assembled a bunch of Bandit remixes I did for a podcast and put them on YouTube which was really cool, as they were just done for fun and never meant as a record. The demos from a death metal album I’m working on ended up on 4Chan and Kingdom Leaks, so we just uploaded it ourselves — that you can hear. Some other projects coming up. Working with other bands like Culted and Dragged Into Sunlight. There will always be something…

One Response to “AN NCS INTERVIEW: CROWHURST”