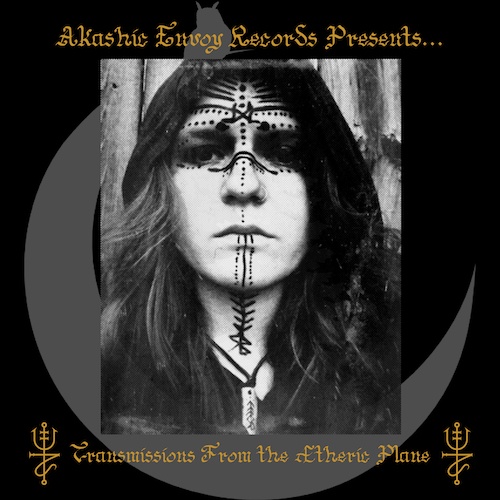 This particular release was compiled in celebration of the label’s first six months of existence, and it’s a blowout celebration indeed — a box set of three cassette tapes that collectively include more than three hours of exclusive and rare tracks from 35 of the artists on the label’s roster. Entitled Transmissions from the Ætheric Plane, it’s set to ship on August 4th.

Each cassette is focused on one of the three main genres of Akashic Envoy‘s releases — black metal, dark ambient, and dungeon synth. From the first of those three tapes, what we’re bringing you today is a song called “Honey Fields” by Michigan-based Crown of Asteria. 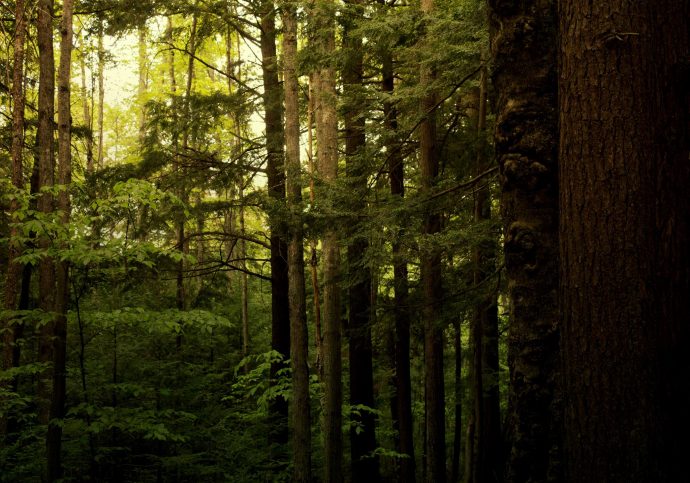 For those new to Crown of Asteria, it’s the prolific solo project of Meghan Wood, driven by (in her words) “a personal path of nature aligned mysticism and thirst for things not of this world”. Experimentation and change have characterized the many releases, with a style that has varied from primal atmospheres, black metal ambience, and ritualistic folk to pure strummed acoustics, and with significant variation in the vocals as well, ranging from chant-like choirs to clean folksongs, from freezing blackened shrieks to deep gutturals and spoken words by otherworldly voices.

Crown of Asteria has also employed a variety of instruments not common to metal, in addition to the usual bass, guitar, and drums, and of course Meghan’s own voice. Among them have been Kantele (a plucked string instrument similar to a zither), Jouhikko (a kind of bowed kantele or lyre), Buffalo hand drum, self-built percussion (such as deer rib-cage rattles) and flutes. Synthesizers and field recordings from the Michigan wilderness also play important roles.

You will detect some of these more unusual instruments in “Honey Fields“, which also includes guest vocals by Meghan Wood‘s Cave Mouth bandmate Katie Metcalfe.

Shining synths, strummed chords, and the patter of percussion introduce “Honey Fields“, and the haunting reverberant voice we hear seems to meld with the building shine of the backing ambience, and eventually stands out. From that enveloping shroud of sound other piercing, shivering tones emerge, including some which sound like a searing flute or the tearful mourning of a bowed instrument. It’s an immersive and spectral experience, and becomes even more gloom-shaded and otherworldly when a deeper echoing voice begins speaking and deeper wavering tonalities merge into the gleaming astral backdrop.

About this particular song, Crown of Asteria gave us this comment…

“’Honey Fields’ is a continuation of a track inspired by Finnish mythology and an older couple who performs a Vakka in the name of Ukko to bring “honey” down from the sky. They brew the sacred Ale/Mead and pour it on the roots of a pine along with drinking it to gain favor from the Sky God. More so, the song is about the couple possibly preforming this Vakka for the last time with one another. Their imminent passing from the world also signifying the passing of the last keepers of the old ways therefore a subtle sadness lurks within the music”. 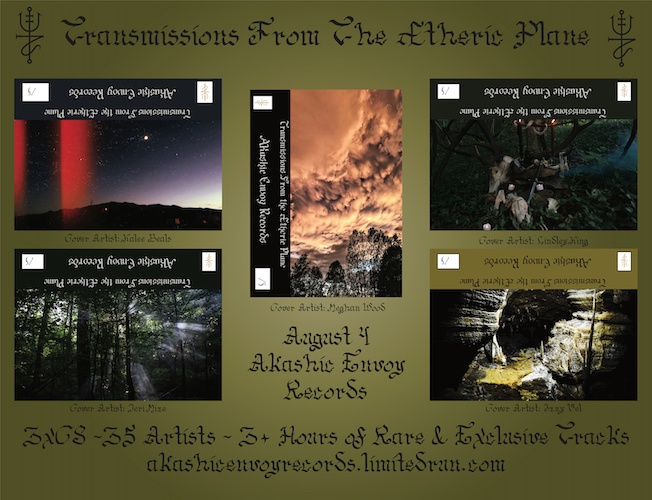 Below you’ll find more details about the contents of the Transmissions from the Ætheric Plane compilation and how to get it:

The first run is limited to 25 copies, and features cover images by one of five different artists and includes an AER sigil patch.