Former NCS scribe Joseph Schafer pointed me enthusiastically to the first item in this collection, the just-released debut EP of Putrescine, who claim their inspirations from “the great works of Carcass, Morbid Angel, and the modern hellworld that is the political landscape”. Countless bands have been influenced by Carcass (early Carcass in this case) and Morbid Angel, but this San Diego trio immediately stand out from the pack. 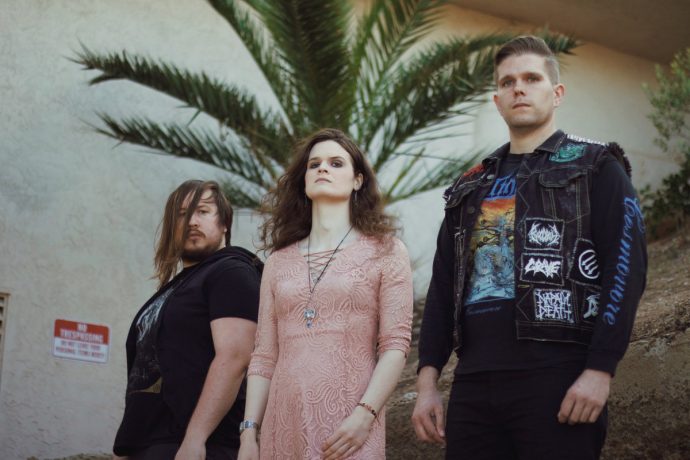 The One Reborn includes five tracks, in which vicious vocals are performed by all three members — guitarist Trevor Van Hook, bassist Zachary Sanders (who is also credited for the leads in the songs), and programmer-of-drums Marie McAuliffe. Yes, the drums are programmed, but I couldn’t have told you that from the music alone. The vibrancy of the bass augments the head-hammering, body-moving rhythms in these songs, but it’s the quality of the riffs and the soloing across the EP that make it such an exceptionally electrifying barrage of sound.

Periodically, the band ease back the throttle on the racing barbarity of the songs to create a dismal mood or to pound the back of your neck into submission, and other little nuances (such as a bass solo or bits of serpentine melody) help keep you on your toes, but the music’s riotous energy and brain-cooking guitar work are chiefly responsible for such an immediate positive impression.

Credit for the cover artwork (which is used to good effect in the video I’ve included below) goes to Scott Mckenzie. As further icing on the cake, the EP is a name-your-price offering at Bandcamp. As soon as I publish this post I’m going there to throw some money at these ravagers. 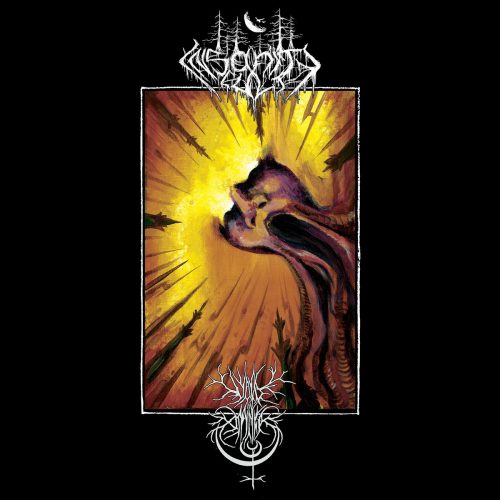 I did mention there would be black metal in the mix, and here we have it. On August 14th Vendetta Records released Contemplation In Discordance, a split that includes two songs by Void Omnia from Oakland, CA, and three by the Greek extremists Insanity Cult. The past work of both bands has been very impressive, and they impress again here.

Insanity Cult have already proven their ability to blend the sound of chaos with feverish yet desolate melodies that merit the term “epic”, and they do that in ravishing fashion on their three tracks. The vocals have the shrieking, ear-shattering intensity of DSBM, and the riffing also often resonates with a wretchedness so intense that it has led to madness. When combined with the disturbing yet undeniable allure of those searing, high-arcing melodies, the effect is as electric as a lightning strike… one that goes on and on.

Void Omnia‘s two tracks make for a great contrast and complement to the Insanity Cult songs, delivering heavy-weight tumult and roiling dissonance, matching the intensity of the preceding tracks but delivering brutal grooves and freakish diversions as well. Here, maddened roars and wild yells trade places with incinerating shrieks, and moments of abject misery pull you into the abyss.

When I first heard “rotted fruit” I made these notes (and plagiarized Dylan Thomas along the way):  “All your fruit will rot, but this is bursting with the delirium of (rotten) life. Crazed and crushing, you can feel the teeth of irresistible extinction close to your throat, but also the instinctive propulsion of defiance and derangement. No one, it seems to say, should go gently into that good night, but should instead rage against the dying of the light.” I might also have mentioned the apocalyptic blizzard of sound that ends the track.

“oh vacuous ruin” creates a contrast of its own, as it begins in dismal and dragging fashion, but soon enough becomes explosively unhinged (and technically extravagant). The tempos are in constant flux, as are the moods within the music, though all those moods are disturbing and destabilizing. The overall effect is breathtaking.

Put all this together and you have one of the best splits I’ve heard this year. 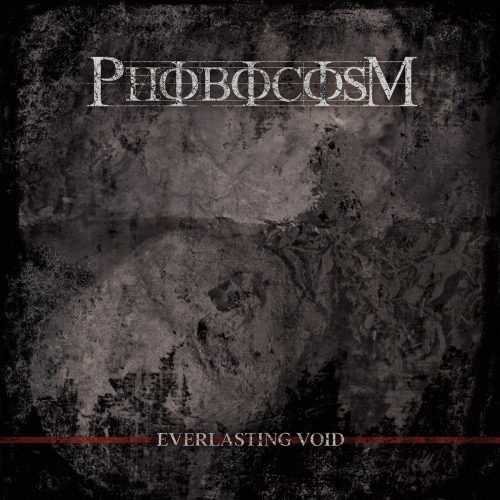 The title track, “Everlasting Void“, is a brand new song that (as the band have stated) “was mostly written around the same time as the material that ended up on our last full-length, 2016’s Bringer of Drought, and was finished last winter”. It made me ponder, as I have before in listening to Phobocosm‘s music, the idea of a storm in the void. In a true void, of course, there are no storms, nor anything else, but “Everlasting Void” roars and roils — and yet also has the inhuman, skin-freezing atmosphere and innate hostility of unfathomable blackness. (The depth of the vocals also seems unfathomable.)

The violence within the title track is near-overpowering, as are the rhythmically bone-smashing segments, which seem magisterial despite being laced with chilling anti-melody.

The second track, “Here In After“, is a cover of the title track from Immolation‘s stunning second album, released in 1996. Phobocosm‘s version is largely faithful to the original, though they do manage to put their own stamp on it — and simply being able to keep pace with everything that happens in the original is no small feat.

In short, this is a terrific short release by a tremendous band, and one that I hope is a sign that they’ll deliver a new album soon-ish. It’s been a long wait since Bringer of Drought.

Credit for the artwork and layout goes to Cyntia Paré (Noirceur). 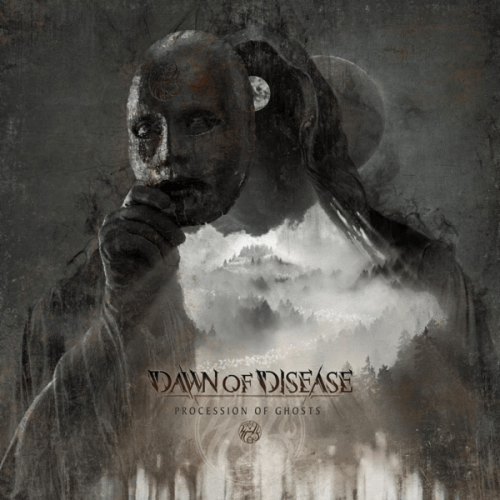 I really should have written far more than I have about Dawn of Disease over the nearly 10 years of NCS’ existence. In that time they’ve released four albums, and a fifth one (Procession of Ghosts) is now set for release by Napalm Records on November 1st. Yesterday Napalm debuted a video for the new album’s title track, and it reminds me again of why I enjoy the music of these Germans so much.

Nostalgia plays a role because, like so many other metalheads, I was first drawn into the more extreme by-ways of heavy music by melodic death metal. But nostalgia only goes so far, and really, I think none is needed to appreciate “Procession of Ghosts“. Vocalist Tomasz Wisniewski‘s deep bellows and inflamed howls are astonishing in their intensity; the scintillating melodies lend a feeling of melancholy and outright grief, as well as creating visions of majestic beauty; and the furious charging power of the song kicks the listeners’ adrenaline into overdrive.