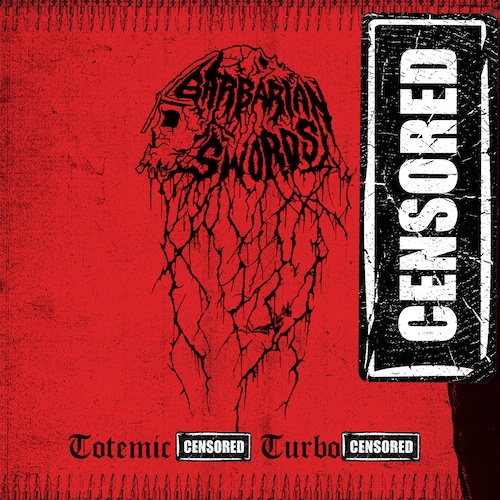 The album Worms by the Spanish band Barbarian Swords was a late-year discovery for us in 2016, made possible by a request from Satanath Records and Cimmerian Shade Recordings that we host a premiere of the album stream. Not knowing what awaited me, I explored the music before giving an answer — and was blown away. In an attempt to describe the music in the review that accompanied the premiere, I wrote:

Since then these Spanish blasphemers have participated in a three-way split (Tetrarchia Ex Bestia), which was released in June of this year, but they’ve also cooked up a new eight-track release entitled “[Censored]” that will be presented on October 18th by Third I Rex. The name of the release isn’t really the word “Censored”. The name is… 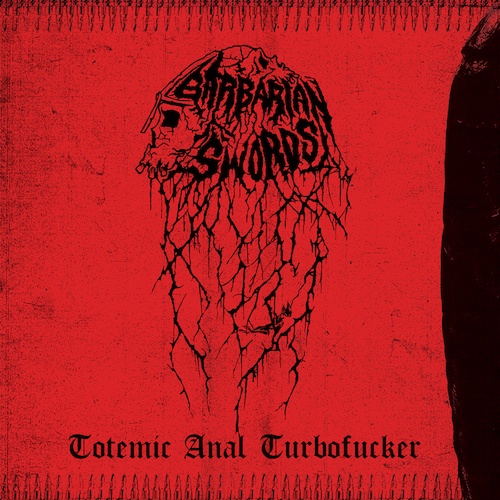 We routinely post links to our premieres on Facebook, which automatically grabs a preview of the first image as well as the title, and putting the uncensored album cover and name at the top of this premiere would have gotten us suspended from FB pretty quickly when we shared it. So it’s not that we’re worried about the sensitivities of all you mother[censoreds] out there, it’s that we’d rather keep using Facebook’s [censored] platform to help spread the word about the [censored] music we’re trying to spread around here.

That’s all good, however, because the song is hellishly good and insidiously addictive. The main through-line of the track is hammering. All the instruments sync together and just… hammer… almost relentlessly. Meanwhile, frontman Von Päx creates some of the most horrific growling and demented shrieking sounds that you can hear this side of Hell’s gates.

After an initial dose of that skull-splintering treatment the band jam the pedal to the metal and unleash a thunderous, piston-driven drive and a roiling miasma of seething and searing riffage, accompanied by monstrous distorted roars. That guitar sound is desolating and delirious, dismal and maddened, all at the same time. The rhythmic surge is, well, think again about the song title.

The band return to their brutal hammering, as a prelude to an even more maniacal expression of racing extremity, pushed even further into the red zone by a shrieking, moaning, slithering, swirling, whammy-bar-accented solo that’s a thing of deviant beauty. The band end the song with one final bout of methodical, skull-plundering rhythmic pumping that includes the most enraged vocal lunacy on the track.

It does have a totemic quality, and it is a turbofucker… but the social media platforms still probably wouldn’t see the title as truth in advertising. 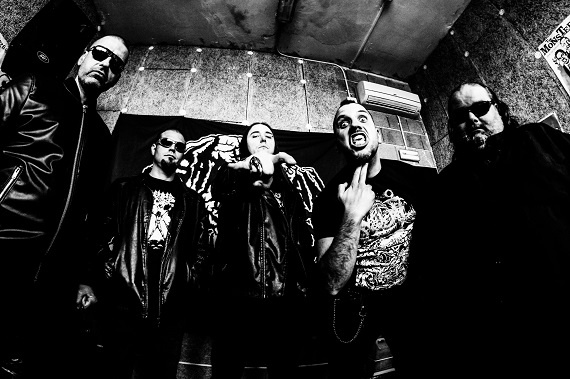 The album, by the way, was recorded, mixed and mastered by the very talented Javi Félez at Moontower Studios. The cover artwork and layout were created by Xavier Guerrero Calduch (Calduch Studio). Third I Rex is releasing the record on CD, and digitally, but you should get the CD version so you can leave it lying around when the in-laws come to visit.