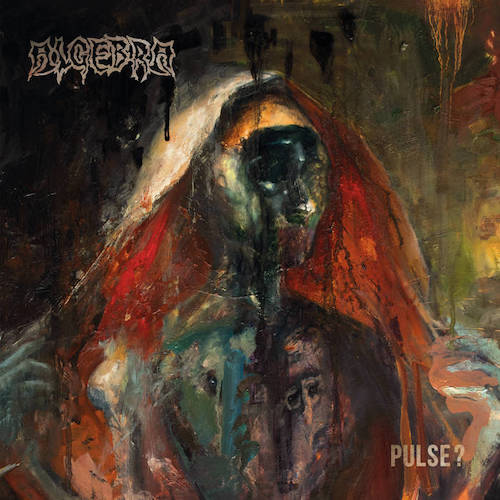 (This is TheMadIsraeli’s review of the new album by the Swiss band Algebra, which will be released on September 30 by Unspeakable Axe Records.)

Progressive thrash metal has always been a tricky sub-genre to tackle, mostly because a lot of the time it just ends up not being thrash anymore. It usually tends to become more like traditional heavy metal with some experimental stuff in it or it becomes death-metal-influenced and looks to bands like Death, Pestilence, etc., to derive its progressive tendencies. Finding progressive thrash metal that’s thrash, while being progressive, while also maintaining the adrenaline mainline intensity and riffing intricacies of the genre, is actually pretty difficult.

For the record, my definition of progressive is not the “power metal but long songs and instrumental virtuosity” brand like Dream Theater, etc.  I think many people would agree that progressivism in metal tends to manifest itself with… 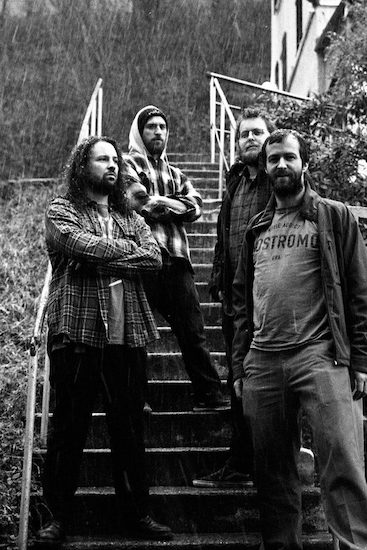 3: Adoption of other genre elements to create a sense of a displaced, alien sort of sensibility.  This can even simply apply to melodic conventions (or the lack thereof), with the instrumental performances veering toward weird melodic constructs that  aren’t conventionally pleasing to the ear.

Some people might be thinking, “Isn’t this true of a lot of metal that isn’t mainstream?”,  and I’d answer yes.  I’ve always said that post-2000 we’ve been in a golden age of metal where more bands are trying to push envelopes in mastering the art of metal rather than appealing to mass tastes. Progressive tendencies, in their very essence, have become pretty normalized in metal at this point.

This leads me to the subject of today’s review, Pulse?, the sophomore effort of progressive thrash metal band Algebra.  This is my first personal exposure to the band, and I have to say I’m pretty fucking impressed.

The press release for the promo likened them to Coroner, who are definitely in my book as an example of what proper progressive thrash metal is. Algebra kind of hit this sweet spot of the sounds of Coroner, Watchtower, Dark Angel, Sepultura, Forbidden, and Slayer’s Haunting The Chapel/Hell Awaits period.

I’d definitely say, though, that they like to keep things to the heavier, more brutal stylings of Coroner, Dark Angel, and Slayer.  This album introduces the harmonic dissonance and odd time signatures of Coroner, combined with the endurance-based song writing and technicality of Dark Angel and Slayer.  The result on Pulse? is a consistently propulsive, technical masterwork of some of the best thrash metal I’ve heard in quite awhile.

The instrumental virtuosity is definitely there. The riff work especially feels like it’s on a really sophisticated level that’s uncommon. The composition of each song feels meaty and substantial, to the point where one song feels like it equals three.  Lead guitarist and vocalist Edy (as identified on their Facebook page) has a perfect gruff vocal style to balance out the technicality and constantly shifting structure of the band’s music, channeling a combination of Max Cavalera and Merauder’s Jorge Rosado.

To be honest, I’m always a sucker for metal when it’s just an endless assault of technicality, with progressive tendencies wrapped in music that’s fast as fuck and unrelenting, and that’s what I get out of this.  Pulse? comes out September 30th.  I highly recommend checking it out.  This is for you if you just want to be assaulted by metal that hits that perfect sweet spot of brutality, technical flair, and songwriting ambitiousness for about an hour.