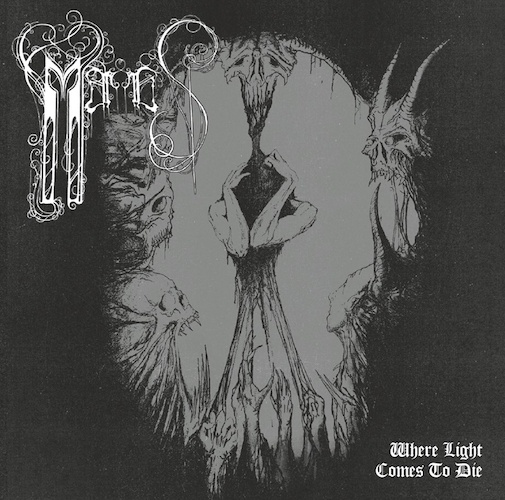 Where Light Comes to Die is the debut album of the Finnish black metal band Marras, whose members have been involved in Vargrav, Förgjord, Nekrokrist SS, and Mimorium. It will be released on November 18 by Spread Evil Productions.

What we’re presenting today is a song from the album name “Sea of Trees“, and Marras have explained that its their oldest song, one which actually pre-dated the band’s formation, and which became the vision for the project as a whole, as members Valgrinder and Obscurus began to discuss it:

“We asked Vilthor from Mimorium to play drums and H from Nekrokrist SS to handle the main vocals. I [Valgrinder] did the bass and some of the synths, Obscurus handled the guitars, and V-khaoz from Vargrav did additional synth compositions. Although the vision was clear from the very beginning, Marras started to sound like a collaboration of its creators.” 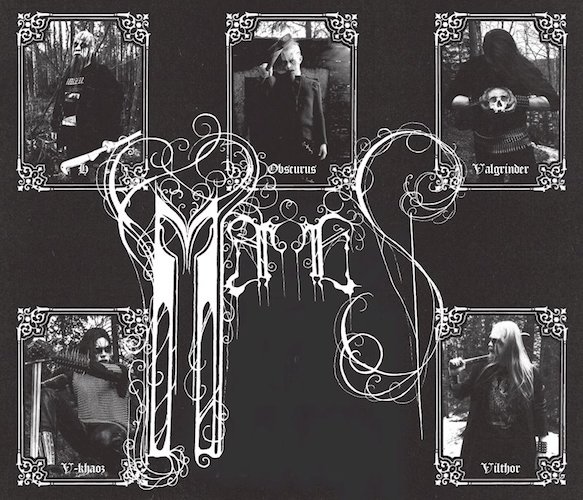 Eerie, echoing, and abrasive guitar meanderings provide an introduction to “Sea of Trees“, and then the drums catch fire with an interesting bass-and-snare interplay that gets the listener’s bead moving, while the riffing has its own carnal, head-moving quality. The vocals are themselves an interplay of piercing shrieks and lycanthropic howls.

Long chord reverberations ensue when the drumming relents, taking the dismal undercurrents in the song and pulling them to the surface. A flickering and fiery piece of fretwork becomes a prelude to a flurry of blast-beats and bleak riffing. That flickering lead has magnetic properties — there’s a piercing, sorcerous attractiveness to the melody that you miss when it falls silent, though the galloping chaos that remains is still damned exciting.

Fortunately, that tremolo’d lead comes back, sending sparks through the bloodstream, pushing the song like an afterburner on a surging engine. It really is a mesmerizing experience in the midst of a of primal and physically potent rush. No wonder the song became the basis for a vision.

For more info about Where Light Comes to Die, check the following links: