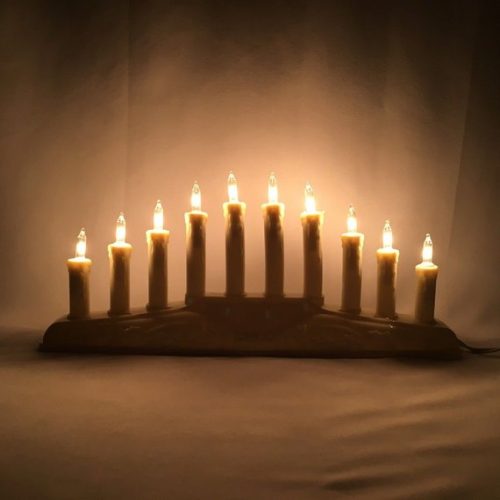 Of course, the intensity of my own interest and the ease of starting up didn’t mean that anyone would pay attention to NCS — and I didn’t expect that or need it. NCS existed as a hobby, for want of a better word, that I hoped would be an enjoyable diversion for me from the grind of daily life. That was the sum total of my motivation. If you had told me back then that I’d still be doing it 10 years later, and that NCS would achieve a certain level of global notoriety, I would have laughed so hard that I’d have been left gasping for air.

On this milestone birthday, I’ve thought about why, unexpectedly, we’re still here, and what has changed from those earliest of days.

One big reason why we’re still here, and probably the most important one, is that I was eventually joined by a group of other writers who seemed to care about the music as much or more than I did, and who completely bought into the guiding principles that I had adopted in starting NCS, the most important of which was that we would spend our time recommending music we believed in, and would simply ignore the music that we didn’t like or that we thought wasn’t very good, rather than tearing it down or making fun of the people responsible for it.

Many writers have drifted in and out of our cadre over these 10 years, some of whom have gone on to write for other publications or to focus on family and careers, and have remained good friends. A few hardy souls have hung in there almost as long as I have, and have become particularly close friends. And so, as usual, I’ll call them out to take a bow.

Andy Synn’s first post was a review of Dimmu Borgir’s Abrahadabra on September 23, 2010. And DGR’s first post was a series of year-end lists on December 28, 2011. They are very fine people, and their steadfastness in continuing to write for NCS without pay and despite being buffeted by the usual vicissitudes of life over so many years is something I greatly admire, and for which I’m enormously thankful.

Another old-timer, TheMadIsraeli, still surfaces when life’s travails allow it, and he has been particularly active in the last few months, for which I’m again very grateful.

As I look back over the last year, thanks are also in order for the contributions of many other fine folks who have also been helping us for years — among them  Comrade Aleks, Wil Cifer, Vonlughlio, Todd Manning, and Karina Noctum. This year we’ve also welcomed a talented newcomer from Seattle who goes by the pen-name Gonzo and one from Atlanta whose nom de plume is Tör (and who is also a hell of a great photographer). Big thanks to them and to all other contributors who have shared their show reviews, their interviews, and their musical recommendations at our site.

Another big reason why we’re still here is you, and others like you — people who find some value in our recommendations, people who enjoy the writing, and/or people who actually seem to care what we think about the releases that continue coming in a flood every week. Even though we make no effort to make any money from NCS, I think it’s fair to say that none of us would have continued to do this if no one cared, or paid attention, or gave us any feedback. It’s a lot of work, and we might all have concluded that it’s time better spent in other ways if we were just yelling into a great void.

As for what has changed since the early days, well, a whole lot has changed. Music has changed significantly. Even though we continue to experience different kinds of old-school revivals, and even though a lot of bands who were strong 10 years ago are still going strong, creative fires have been burning hot all over the world, and today there are new formulations of extreme metal you would not have found 10 years ago. I think it’s fair to say that our tastes in music have changed too. I know mine have, pulling me deeper into more extreme forms of underground metal as the years have passed.

We’ve also grown significantly, compared to 10 years ago, both in terms of readership and (I think) in terms of influence. With those changes has come a feeling of increased responsibility. At least in my case, it has driven me to do even more to try to search out deserving bands and to spread the word about as many of them as I can. And at least as compared to the kind of stuff I was writing in the early years, I think I’ve become more serious in what I’m writing now. Not sure that has been a welcome change for everyone, and even I miss some of the features I used to write that weren’t single-mindedly devoted to the propagation of heavy music (e.g., That’s Metal! But It’s Not Music), but it is what it is.

I also think (though I’m not objective) that all of us on the writing staff have gotten better at what we do. Practice doesn’t really make perfect, contrary to the old adage, but the repeated practice of our self-taught craft has led to greater confidence and, in my non-objective opinion, to better writing and better “curation” of the music we choose to cover.

So, a lot of things have changed in ten years, but the fundamentals of NCS haven’t: We still only write about music we enjoy and honestly want to recommend; we still don’t take money from anyone for anything; we still don’t take ourselves too seriously; and we still have a knowledgable, respectful, and almost completely troll-free community of readers and commenters.

Since we launched NCS ten years ago, we’ve published  11,303 posts, including this one — and 992 of those have appeared in the 12 months since our last birthday, which is a somewhat smaller number than we posted in our ninth year of existence but still averages out to 2.7 posts a day, including weekends.

At this writing, we’ve received 82,272 comments since NCS began on this day in 2009, not counting spam and not counting the very, very few I’ve deleted because their toxicity exceeded even my usual hands-off attitude about comments. I don’t reply to comments as often as I used to, but I read every one of them, and continue to be grateful for the insights, the recommendations, the humor, and the support — and for the fact that our commenters have almost always been civil to us and to each other, which continues to be a relative rarity in the realm of metal blogdom.

Since this time last year we’ve had 1,514,100 page views, which is a decrease from last year, and perhaps at least partially a result of the decline in the number of posts we made this year compared to the one before, or perhaps also a result of Facebook continuing to tweak their algorithm so that a miniscule percentage of our FB followers see the posts we make about new articles appearing on the site, or perhaps because more people have decided that we suck.

Speaking of Facebook, the number of “likes” for our Facebook page has grown from 38,551 at this time last year to 40,535 today, which is an increase of 1,984 — compared to an increase of 2,403 in the preceding year. Like the reduction in the reach of our FB posts, this continued slowing in our growth rate is most likely the result of Facebook’s continuing efforts to squeeze us for advertising dollars, still not having figured out that it’s like trying to get blood from a stone.

As we now begin our glorious 11th year of survival, I’ll once again paraphrase Blade Runner: I don’t know how long we’ll have together… Who does? I hope we’ll still be here at this time next year to celebrate the end of our 11th year, and I hope you’ll still be here with us. It’s been a hell of a trip so far.