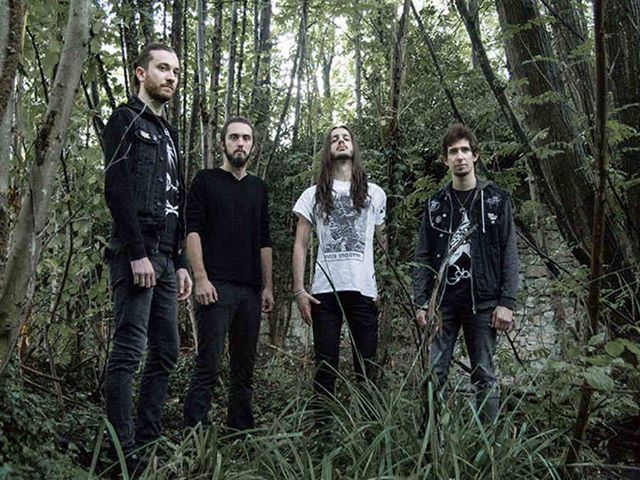 (Epitaphe is a quartet based in the French Alps, with a debut album released last June, and today Comrade Aleks brings us this discussion with one of its members.)

Aesthetic Death produced a curious volume last summer. I’m referring to the debut full-length of the French band Epitaphe, which is based in the Alps region. They confirm such influences as Incantation, Esoteric, and Immolation, but I would add Misanthrope to this short list too.

It turns out to be an eclectic, avant-garde combination of quite intellectual death metal with doom-death shades. The album is titled simply I, but it’s wrong to blame Epitaphe for a lack of imagination. We’ll try to prove it together with Laurent.

Salute Laurent! First of all, I’ve seen the band was created in 2009 and it existed as Epitaph until 2016 when you renamed it Epitaphe. How did you spend the first seven years? I didn’t find if you recorded anything during this period.

The band was formed in 2009, when we were high school students. We basically learned to play music together, covering metal songs. Then we started to write our own stuff, but never managed to record anything. Life happened, and our drummer moved to England for three years, then our singer left France for Finland for a year. Things moved slowly, but our music evolved a lot over the years. We finally took the time to record a first demo in 2017, when we felt we found our own musical aim.

What kind of music did you play in this period?

It was a really straighforward kind of Death Metal. Bit by bit, we moved into darker and more experimental territories, bringing new song structures and sonorities to the table. 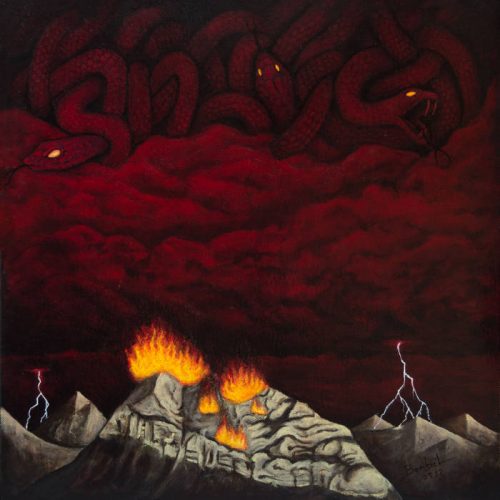 What made you rename the band in 2016? Do you see this point as the band’s relaunch?

We chose to rename the band before the release of the first demo, in order to demark ourselves from the other bands named “Epitaph”. It was also the opportunity to draw a line between our formative years and our new musical ambitions.

Your Demo MMXVII (2018) consists of three massive compositions. Did you feel such lengthy tracks better reflected your plot?

This narrative way of writing songs came naturally over the years. It fits pretty well with the different tones and atmospheres developed in our music.

By the way, what was your vision of Epitaphe during this stage?

It wasn’t always easy. The band went on several periods of hiatus due to the distance between us. There’s been some messy years, but in the end, it helped us strengthen up our musical identity. We are more focused and serene nowadays. 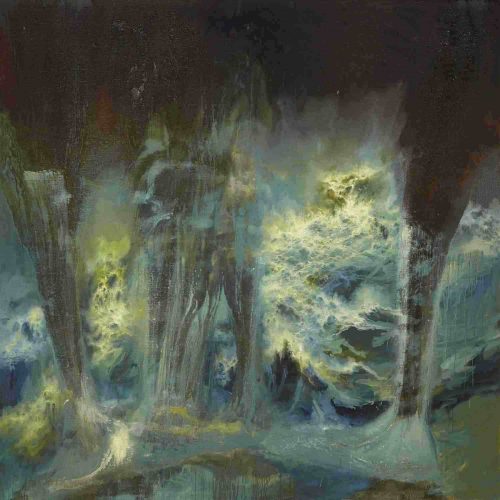 You point out that Epitaphe performs psychedelic and cavernous death metal from the French Alps. How does the geographical identity manifest itself through your music?

We live surrounded by mountains, and we can definitely feel the cyclic aspects of life, the change of seasons, the wilderness. The autumn trees, the snow on the mountains, the dark woods… It probably has an unconscious impact on our music.

I don’t remember if I have interviewed a band from Alps region previously. What are the features of recording and performing music in your region. Do you have studios and venues to choose from?

There’s not many venues where we’re from. We often have to drive a little bit to see gigs of artists we like. Despite that, there’s a handful of interesting local bands, such as Blackowl (Black Metal), Sataŋ (Possessed Punk), Bàrus (Progressive Death Metal), and Maïeutiste (Progressive Black Metal).

We don’t have many experiences with local studios, but our album was recorded, mixed, and mastered by James from Plastic Lobster Studios, and he did an excellent job.

You kept experimenting on the next release, the full-length album I. How would you summarize your intentions during work on this album?

We wanted to create our own universe, and I is conceived as a dark and introspective journey, with a different range of atmospheres and emotions. As far as the sound is concerned, it’s way more massive, and we put meticulous work into sound textures and soundscapes in the foreground.

Epitaphe is tagged as a death doom band, but it rather moves in a slow, sometimes avant-garde death metal way. How do you see your material stylistically?

We don’t care much about how our music is labelled. Our only goal is to move forward and build our own path. We’re fine with both Death Doom and Avant Garde Death Metal !

Did you re-record songs from the demo for I? How did you work on this material in the studio?

Yes, we felt the songs from the demo deserved to be re-worked and recorded properly.

On the album, there’s more arrangements and details, and the songs benefit from a professional recording. It’s also more experimental. Our demo has to be taken for what it is: a raw demo, recorded hastily, and with barely any preparations. It has its charms, strengths and weaknesses. We still like it, but it was important for us to give a final version to those songs with I. 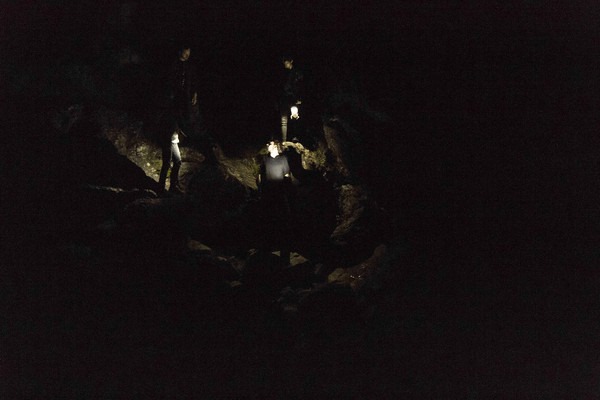 Do the album’s lyrics have a common line which connects all the tracks together?

Without being a concept album, the same themes flow along the record, and connect all the tracks together. The common line is death, and the chaotic inner strife and reflections that come out of the knowing of our inevitable end.

Does the album’s title mean that you’re going to return with album II next time?

Absolutely, and the writing of the next album is going very well.

How far are you now from finishing it?

All song structures and riffs are almost done. There’s still a huge amount of work on arrangements, experimentations, and vocals though. We’ll try to record the album during late spring / early summer. But there’s no hurry, and we’ll take more time if necessary.

Thanks for your answers Laurent. Let’s finish this interview with one final questions about your live activity in the forthcoming months. How tight is your schedule?

We don’t play live at the moment. It’s something we’d like to do in the future, but for several reasons it’s not in our plans right now. For the forthcoming months we’ll focus ourselves on the second album. A vinyl version of I, with a brand new master, is also planned for the first semester of 2020.

One Response to “AN NCS INTERVIEW: EPITAPHE”