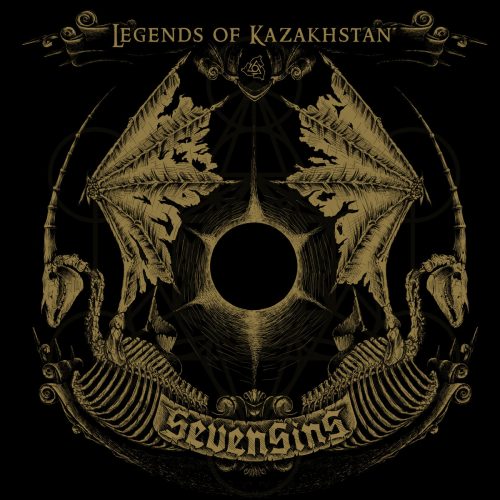 With changes in their recording line-up, SevenSins are now returning with a third full-length, to be released on April 19th by Satanath Records (Russia) and Murdher Records (Italy). Its name is Legends Of Kazakhstan, and once again SevenSins have made significant changes in their sound. As one clue, the releasing labels recommend it for fans of Dark Funeral and Watain. As another clue, today we’re introducing a song from the album called “In A Grove of Dancing Birches“, accompanied by a lyric video that creatively displays the words in the band’s native tongue. 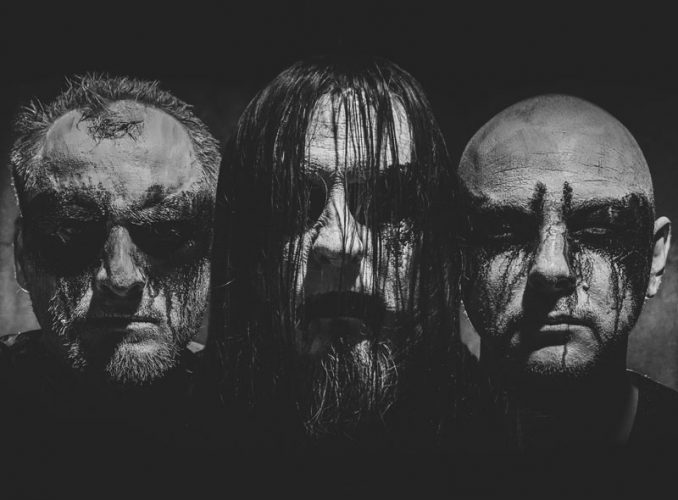 The band’s last album presented “a conceptual journey through the dark and obscure side of the Middle Ages in Eastern Europe and Asia”, but this new one, as the title foretells, “focuses on the legends of eastern Kazakhstan which are unknown to many people”.

True to the labels’ descriptive references, this new track discharges fast and poisonous black metal — but that’s not all it does. The music leaps from the speakers with a feverish whirling riff, a blood-pounding rhythm, and a crazed shriek. As the vocals change from rabid screams to imperious roars, the riffing jolts and the drum-work pounds. Those episodes of brute-force hammering become a recurring motif, and in between them the band change the energy and the moods of the music, creating sensations that are mysterious, ecstatic, and cloaked in a feeling of preternatural threat and encroaching horror (accented by cracked and creepy spoken words).

And so, the music proves to be dynamic in its pacing and multi-faceted in its experience. It’s electrifying to hear, but is also atmospheric. It rips, and it also creates feelings of menace and dread.

Satanath and Murdher Records are releasing Legends Of Kazakhstan in both digipak and jewel-case CD editions, as well as digitally. Together with today’s premiere we’re also including the previously released track “Manyrak“, which is a free download at Bandcamp.