We begin with a track that roams far and wide over its significant length. In the band’s own words, “18 minutes of oppression and mysticism”, but there’s more than that. The music is eerie and crushing, dissonant and disturbed, wailing and delirious, vicious and violent, spectral and sepulchral, swaggering and priapic, bombastic and bruising, grand and glorious — and also home to some head-hooking riffs and spectacular soloing. The vocals are wide-ranging as well, more often than not frighteningly insane, but also spine-tingling when they soar. In its cadences, it stomps, rocks, races, crawls, and drifts away into a rhythm-less ether. 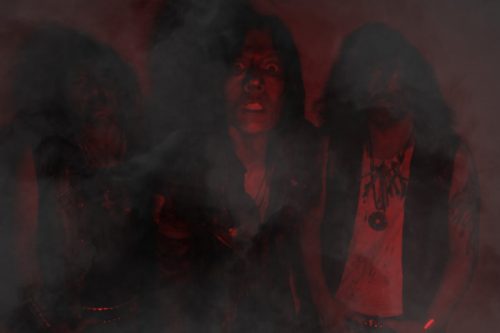 Might you lose interest before all those minutes fully elapse? Not a chance. It’s a spectacular trip.

I’ll also share these thoughts from Rennie (starkweather) after I urged him to check it out: “This is absolutely killer. some awesome textural stuff going on in the background. Really good instrument tones. Love the bass. Definitely reminds me of Celtic Frost/Triptykon down to the spoken-word delivery. The layered vocals are fantastic, too. That has a Serpens Luminis attack. This will be bought”.

This is a single named “Pillars of Salt” digitally released on March 27th by the Spanish band Balmog and their label BlackSeed Productions. Speaking for myself, it was an immediate purchase. It follows the band’s third album, 2018’s Vacvvm, which was immediately preceded by a superb split with Sartegos that we premiered. (Big thanks owed to Miloš for making me aware of this.) 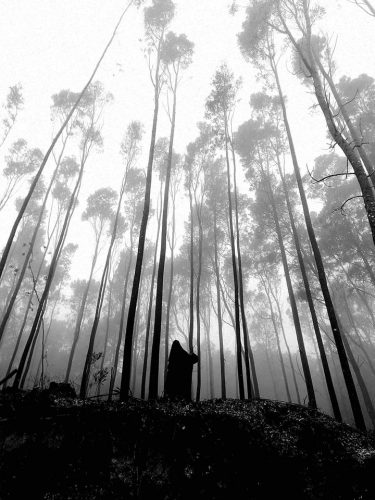 The whirling and skirling guitar at the outset of “Encurralado” builds a feeling of tension and mounting turmoil — which then breaks into a writhing delirium, undergirded by the pulse of the bass, clattering drums, and the crash of cymbals. As Irae spews acid shrieks, slashing, head-moving chords rain down upon rushing drums, and then the guitar radiates peals of grieving melody. The drummer methodically cracks at his instrument as the melody shivers and twists, like slow spasms of misery, but when the vibrant rhythmic pulse returns the riffing feverishly shines again, as a sign of madness and poisonous sickness

This song is taken off a new album by the prolific Portuguese band Irae. Entitled Lurking in the Depths, it will be released in June by Signal Rex. 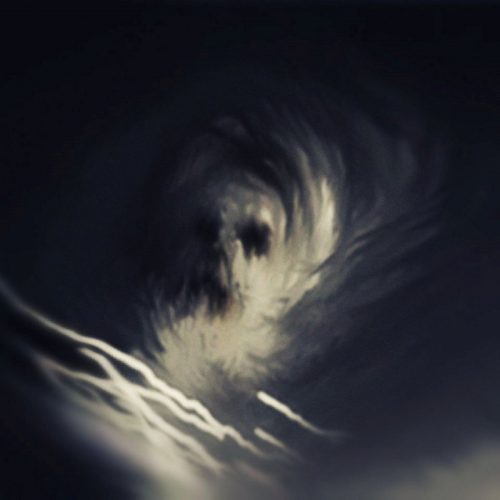 The introductory track to Sørgelig‘s new self-titled EP sounds like the savage striking of piano chords, with increasing fervency, the reverberations eventually spilling out over each other, ending in a crazed arpeggio. I’m still fascinated by it, but what comes immediately after that is so incendiary that it kind of blows the introduction to smithereens.

“The Bastard Son of Pestilence” is a bonfire of blazing riffs, blasting and bounding drumwork, febrile bass tones, and truly off-the-hook vocals. The mad whirl of the song and the rampant lunacy of the vocals is so thrilling it’s scary. “Faces of Disgust” provides no relent — we’re still in the midst of a tornado of fire. Granted, there are head-moving rhythms in the drive-train and bursts of slashing chords, but the vocals remain shattering in their rage and agony (the sounds of evisceration and cackling lunacy), and the riffing elevates to heights of unchained abandon.

Now, what do you think happens in the final track, “Below the Ashes”? In its essence, it’s more of the same — bursting with insane ebullience and glorious swirling riffs, with opportunities to get your head nodding too and a dose of jittery insectile fretwork in the mix.

There’s enough turbocharged energy in this EP to power whole city blocks for months, and enough cathartic wildness to make you forget all about viral perils and stay-at-home loneliness. And it’s the kind of medicine for beleaguered souls that you can take any time you want, without a doctor’s prescription.

It seemed like the right thing to do to follow that Sørgelig EP with something wild in its own way, and that’s what we have in this new song and video from Lebenssucht.

The band’s frontwoman S Caedes presents a ghastly and frightening aspect on stage, and she and co-vocalist (and bassist) Déhà seem to be in a competition for which of them can most quickly ruin their throats with the intensity of their screaming extremity. Meanwhile, drummer Ahephaïm lays down compulsively rocking beats while Déhà nimbly shifts gears between bubbling and thunderous lines, and Irleskan delivers racing and soaring riffs that get the pulse moving even faster.

The song is a long one, and so the band transition into bleaker, more oppressive moods and more deliberate pacing (and death metal growls crawl from their dank crypt), but the sheer gloriousness of the song manages to survive the pain, and to persist. A reflexively head-hooking riff makes its own appearance, and the drumming doesn’t lose control of your neck for very long either. In the closing passage, the band manage to create a mood that straddles a line between the two extremes found elsewhere in the song, between hopelessness and resistance, between despair and freedom.

The song here, “Mirrors“, is on a forthcoming debut album named -273,15°C, which will be released on April 7th through Thanatoskult. 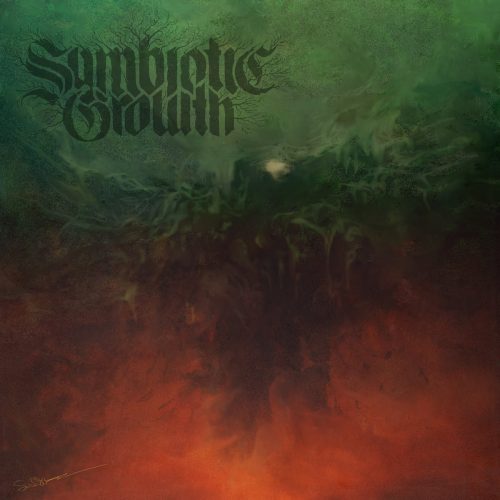 The final item in today’s collection is another complete release, a self-titled album by Symbiotic Growth from Sudbury in Ontario, Canada. One more time, credit is due to Rennie for this discovery, and I’ll quote his take on the album first: “Canadian long form prog death/black hybridization. Total rifforama. Fitting name. Bassist shines. Strong drummer. Vocals great. Like the clean passages they work in. Nice melodic flourishes there… and even in those quiet spots the bassist commands the spotlight.”

The music is the least tethered to black metal of everything here, though the band’s reference to Der Weg Einer Freiheit among their Facebook list of “Artists We Also Like” isn’t misplaced (the rest of the list includes Ne Obliviscaris, Gojira, Opeth, and Anaal Nathrakh). And as all those references suggest, Symbiotic Growth‘s songs are significant hybrids, but their incorporation of differing influences works very well because they’re such adept songwriters and skilled performers. And they have crafted emotionally evocative melodies (including in the solos) that give each song a memorable identity, as well as juxtapositions of sharply changing intensity that will keep you on your toes.

Really, a very impressive achievement, well worth a full run through the album.