We begin with a track that roams far and wide over its significant length. In the band’s own words, “18 minutes of oppression and mysticism”, but there’s more than that. The music is eerie and crushing, dissonant and disturbed, wailing and delirious, vicious and violent, spectral and sepulchral, swaggering and priapic, bombastic and bruising, grand and glorious — and also home to some head-hooking riffs and spectacular soloing. The vocals are wide-ranging as well, more often than not frighteningly insane, but also spine-tingling when they soar. In its cadences, it stomps, rocks, races, crawls, and drifts away into a rhythm-less ether. END_OF_DOCUMENT_TOKEN_TO_BE_REPLACED 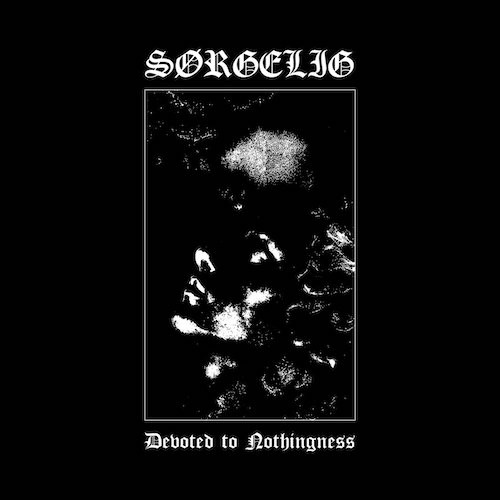 Last fall we had the opportunity to premiere a song from Devoted To Nothingness, the new EP by the Greek black metal band Sorgelig. The EP was eventually released in January, digitally and in a limited cassette tape edition. I had intended to write more about the EP following our premiere, and now (finally), I will. The delay is not all bad, because we’re now only days away from the release of a 12″ vinyl edition of Devoted To Nothingness by Iron Bonehead Productions (it’s due on May 3rd).

Sørgelig, who share three members with another band we’ve written about before (Isolert), released their first EP in 2017 (Forever Lost) and then an excellent debut album (Apostate) in the spring of last year. This new EP (which includes 8 tracks) represents a few changes. END_OF_DOCUMENT_TOKEN_TO_BE_REPLACED

The Greek black metal band Sørgelig, who share three members with another band we’ve written about before (Isolert), released their first EP in 2017 (Forever Lost) and then an excellent debut album (Apostate) this past spring. They have chosen to follow the new album with another EP, this one entitled Devoted To Nothingness, but it’s one that represents a few changes.

First, while Sørgelig‘s four-man line-up remains intact, the EP is the creation of only two of those members — vocalist Odious and multi-instrumentalist N.D. On this EP, N.D. performs guitars, drums, vocals, and bass on two tracks (and guest Konstantinos S performs bass on four others, including the one we’re presenting today).

Second, as compared to the music on Apostate (for example), this revised line-up has chosen to channel their hatred and malice toward life through a more raw and lo-fi expression of black metal — though they have not abandoned some of the key ingredients that made their debut album so seductive. END_OF_DOCUMENT_TOKEN_TO_BE_REPLACED