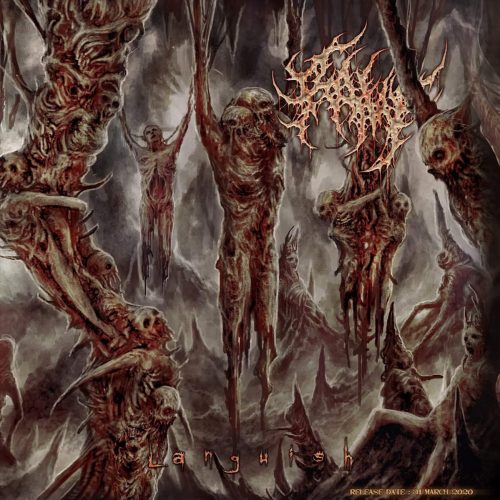 (This is Vonlughlio’s review of the recently released second album by the Indonesian brutal death metal band RAW.)

Today I am taking the opportunity to review the sophomore effort of RAW (Indonesia) entitled Languish, which was released via Brutal Mind this past March 31st.  The project mastermind is none other than Aditya, who is well-known in the Indonesian Brutal Death Meal scene for his other bands Gerogot and Brain Damage (both amazing).

RAW’s inception was back in 2015 and it released 2-song demo that year, and a single later in 2017. We had the opportunity to review the band’s debut album The Persecute Heinous here at NCS; it was one of my favorite 2018 BDM releases. 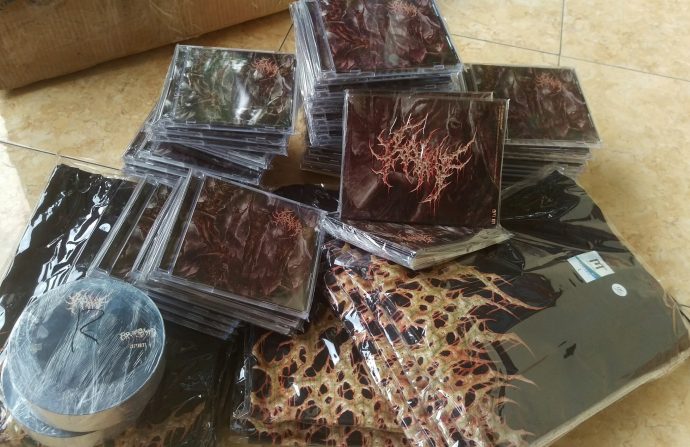 When the label announced that the second album would be released I was excited, to say the least, because of my confidence that great BDM was about to be unleashed upon as all.  And my confidence was not misplaced — the album has not left my playlist.  It’s a vicious piece-of-work, fast and fierce, with cutting riffs that are of the high quality that leaves listeners engaged over repeat plays of the record.

I have stated in the previous review that my only issue with the debut album was its short length, but I’m not troubled by that in the case of the new one even though it’s in the same time frame.  The only thing that bothers me a bit an intro that is more than two minutes, and yet it does set the dark feel atmosphere with a natural production that enhances the sound and punishes the listener (in a good way).  The 8 chapters of this story and the artwork feel like the depths of the underworld with no light at the end of the tunnel, just endless affliction of the soul. The vocals are one of the best aspects of the release, and together with the music makes this a solid album that I can see earning its way into the top BDM albums of 2020.

As I mentioned, Aditya handles all the instruments (including the drum machine), and it’s obvious the man has a vision and perfectly implements it in the music in a way that gives us a vivid glimpse of the sickness that is a good representation of IDDM to the world. He is a talented musician in all of his projects; I have been a fan for years and will continue to be one.

In another note for those who may not be aware, Brutal Mind (Indonesia), the label that has released RAW’s material, is a well-respected label/distro in the scene and around the globe, and their owner is very well-liked for his seriousness and passion for BDM. Visit the label’s Bandcamp page, where you can pick up this album and check out other projects as well.