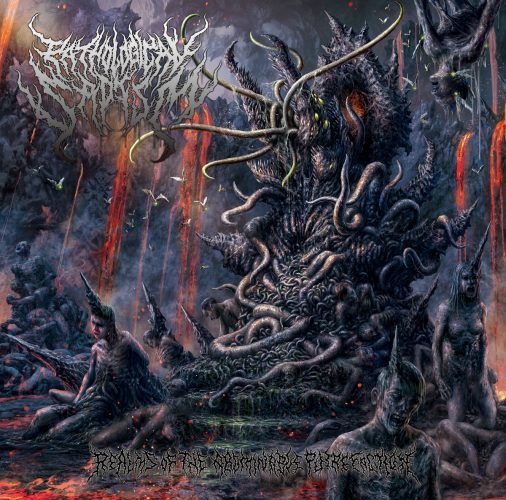 (Vonlughlio returns with a strong recommendation for an under-the-radar album released in April by the Thai band Pathological Sadism via Amputated Vein. The label recommends it for fans of Heinous Killing, Goretrade, Devourment, Acranius, and Vulvectomy.)

Today I want to recommend Realms of The Abominable Putrefaction, the debut album of Pathological Sadism from Thailand, which was released by Amputated Vein Records on April 24th. For me it was a welcome surprise — I was not aware of this project and listened to it without any expectations.

I decided to look back into the project and learned that its inception was in 2011 and that they released their first EP in 2013, which turned out to be 16 minutes of pure BDM stravaganzza which captivated me once the first note dropped. After this, the band went quiet until 2017 when they released a two-song demo that continued the path from their previous effort. 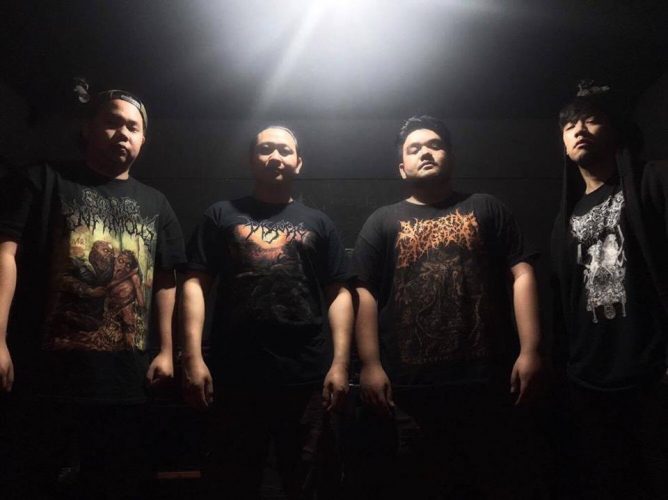 Fast forward to 2020 and the announcement of their debut album. I did not see it but some of my friends in the Book Of Faces shared the cover and the first single, which is what alerted me to the band, and I then decided to check the full-length. As mentioned, this was quite a surprise that demonstrated the talents of the musicians and their songwriting skill. This is an album that with each listen gets better and better.

The eight songs are punishing entities that work together as a whole to represent the extreme level of brutality achieved by musicians who know what they want and how to show it. The riffs, to my ears, are a gateway to another world, with blast-beats that are obliterating and non-stop and vocals that are just sick, with patterns that fit the music very well.  The album has been in the mix on my BDM playlist for 2020. It is a breath of fresh air for me, and I hope that a lot more people in the scene will give them a listen — it deserves more attention.

Overall, this album is what I would call a sleeper hit that hasn’t yet been discovered by a lot of fans of this scene. Though many more worthy releases will undoubtedly be coming during the last half of the year, I know this will be a strong contender to be in my year-end list of top BDM albums of 2020.

Listen for yourselves via the player below and make up your own minds. If you do like it, I hope you’ll give it your support.

2 Responses to “PATHOLOGICAL SADISM: “REALMS OF THE ABOMINABLE PUTREFACTION””