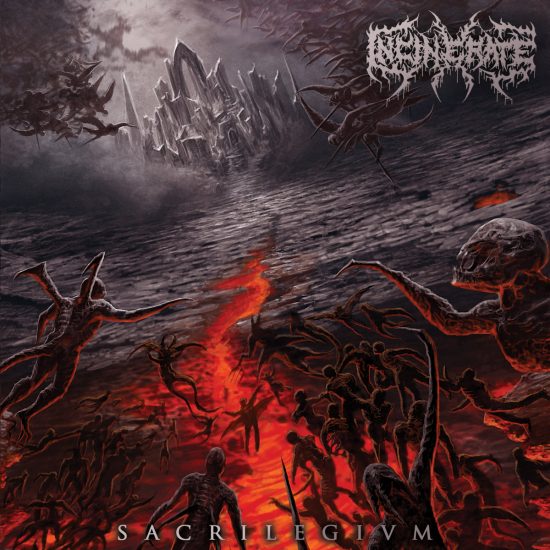 (We present Vonlughlio’s review of the new album by Incinerate, which will be released on October 9 by Comatose Music and features cover art by Jon Zig.)

This time around I have the opportunity to write about Incinerate, a project originally hailing from Minnesota in the United Stated, formed back in 1998. I have been a fan for over 20 years, while witnessing their changes and evolution.  Their debut album Dissecting the Angels in 2002 — that was in-your-face BDM with a raw production that worked rather well in their songwriting.

For their second album, Anatomize, it took them six more years to get it finished and released, and it was evident that the time brought about big changes in songwriting and sound, and the incorporation of a technical aspect in both. The song titles were simple and on-point, while the lyrics maintained their anti-religion sentiment. This was a great progression musically, it showcased guitarist/vocalist Jesse Watson‘s finest work to that date,  and the musicians on this release were spectacular.   This album gained a lot of attention and a lot of fans, and the release would become one of those that would pass the test of time. 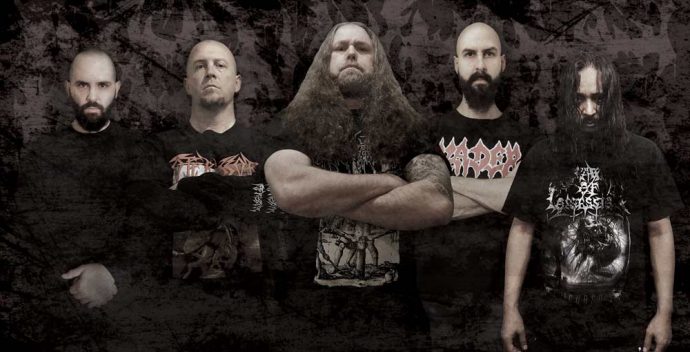 But life always finds a way to throw a curveball and the project went on hiatus due to lot of things happening (which need not be discussed here). Regardless, Jesse Watson continued with the project, surrounding himself again with great musicians such as Ted Isac (guitars) and Sasha Wilczynski (bass), who together helped create their 2015 album Eradicating Terrestrial Species. That was a great release that showcased all their talents, but it was a hit or miss for me, yet I was still happy to see Incinerate creating new tunes. And I must say that with time the release has grown on me more and more.

After the release Incinerate got to tour around the globe, and I was happy to see them playing their music live, proving again that they were very hard-working musicians who deserved increasing recognition.  Despite 2020 being such a weird time seemingly bent on destroying everything, it was good to see the announcement of the band’s new album Sacrilegivm via Comatose Music. Great news that was, and fans should rejoice.

Why rejoice? Well because it’s Incinerate’s best work yet!! I like it more than Anatomize, and it has become my favorite release from them. Some who hear it might disagree with me, but I’m not changing my mind about it.  This album has a great mix of brutal and tech elements, with enough melody to add depth to the songs.  The riffs are just amazing and keep the listener fully engaged throughout the 11 chapters in this musical tome.  The drums are punishing and delivered with impressive precision, while the bass is given a memorable performance that will last for a long time, and the natural production allows all these ingredients to shine on their own, making heroes out of the entire line-up.

Now maybe the best thing about Sacrilegivm are those damn vocals!!!! Mr. Incin, Jesse Watson, does a superb job in delivering his most powerful performance.  For sure, there are influences from BDM and other Death Metal bands in this release, but I will not mention them since I believe Incinerate have used those inspirations and made them into their own sound in a way that has really paid off.

So please give this album your attention. I think you’ll be glad you did.

One Response to “INCINERATE: “SACRILEGIVM””