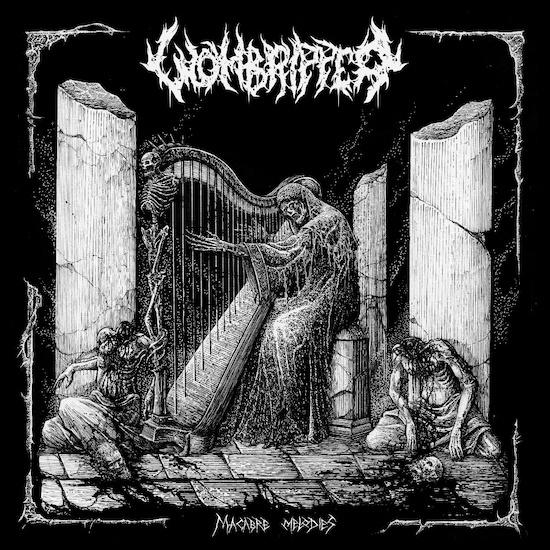 Quite by coincidence, one of my colleagues earlier today ventured the opinion here that a lot of music stands on the shoulders of giants. Really, it has always been that way. In the case of the Russian band Wombripper, the giants on whose shoulders they proudly stand include the likes of Grave, Entombed, and Dismember. From Russia they may come, but it’s iconic death metal from Sweden that fuels them. And what they’ve done with that inspirational fuel makes them sound like giants.

They’ve already made a fine name for themselves through a series of releases that began in 2014 and extended through their 2018 debut album From the Depths of Flesh. Now operating as a trio, they’re approaching the release of their second full-length, Macabre Melodies, which will happen on October 26th through the good graces of Memento Mori, a label with a refined taste in vintage death metal.

The new album reflects the increasing mastery that has come to Wombripper with time and devotion to their craft. It displays spine-shaking power, ravenous ferocity, dynamic songwriting, and a knack for conceiving melodic hooks that are just sharp enough to get stuck under the skin without detracting from the sensations of savagery and the supernatural that they’ve become so adept at creating. It’s hard to imagine any true fan of this style of death metal who won’t fall hard for Macabre Melodies (I sure have), and the song we’re premiering today is a great example of why that is. 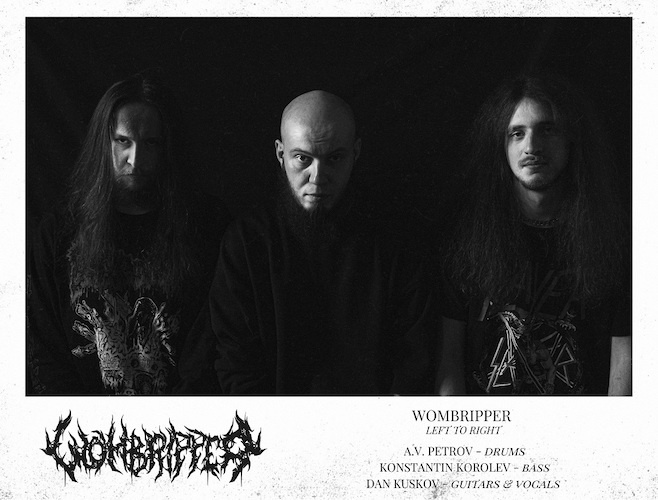 “Church of Repulsion” is a beautifully constructed paean to all things magnificently macabre. As forecast in the opening paragraph above, it sounds immense. But it doesn’t start that way. Instead, it begins with a musical reverie, an acoustic guitar melody that sounds introspective and a bit lonely. And then the band destroy the reverie in a violent fury of battering drums, roiling yet imperious riffing, and scorching, throat-scarring vocal tirades.

It’s such an electrifying attack that it sucks the wind from your lungs like a sudden vacuum, while driving adrenaline levels up like a rocket. However, Wombripper aren’t about to let you get too comfortable up on the nose of that rocket, however, and so they quickly reverse the thrust, segueing into a bout of brutish pounding and cruel gut-gouging. The music quivers and moans, and guitarist Dan Kuskov uses his instrument to emit a spectral wailing and mewling harmony that’s both chilling and spellbinding, while bassist Konstantin Korolev creates a feverish bubbling undercurrent.

The music claws and drags like a big earth-moving machine as Kuskov utters an ominous recital, and then the thrusters kick in again, with drummer A.V. Petrov driving the music into another rampage, accented by a soloing spectacle and a jolting finale of savage ecstasy.

Today’s premiere is the third track from the album to surface so far, and we urge you to check out the other two as well — “Possessed By Unknown” and “Obscurity Depths“. We’ve got streams of both of those too.

In addition to the killer sounds, Macabre Melodies also features killer artwork, and credit for that goes to MFA XII. Fans of the afore-mentioned Grave, Entombed, and Dismember will do well to pay attention to this release, as will fans of Fleshcrawl, Entrails, Nirvana 2002, Demonical, Carnage, and God Macabre. For pre-order info, check out the links below.