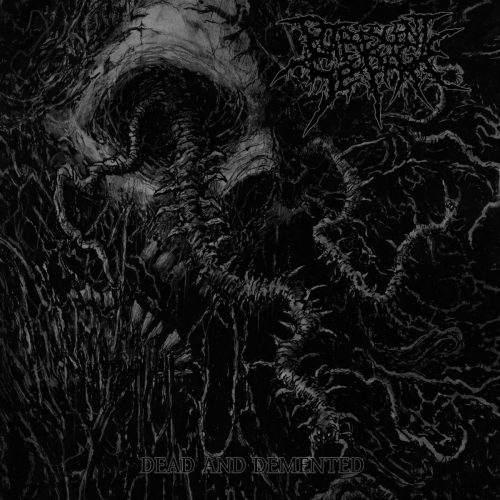 (In this post Vonlughlio reviews and recommends the debut album from the Australian brutal death metaal band Putrescent Seepage, out now on New Standard Elite.)

The BDM band Putrescent Seepage from Adelaide, South Australia, was born in 2012.  From the beginning the guys behind this project were Cameron Smith (Drums/Vocals) and Brett Stoeckel (Guitars/Vocals) (recently joined by vocalist Simon Naulty). The following year they released a demo that was very limited and that I of course missed (shame on me).  After three years, a two-song demo saw the light and yours truly made it his mission to get one from the band, which came with an original sketch from their drummer (who also happens to be a painter, with amazing work).

That second demo just hit the BDM scene with a vengeance. I was living in the Dominican Republic then, and it was great to see all the fans around the globe just going nuts over this effort. It showcased the talent these musicians have and how as a team they were able to create one of those demos that should be or have been considered classic. 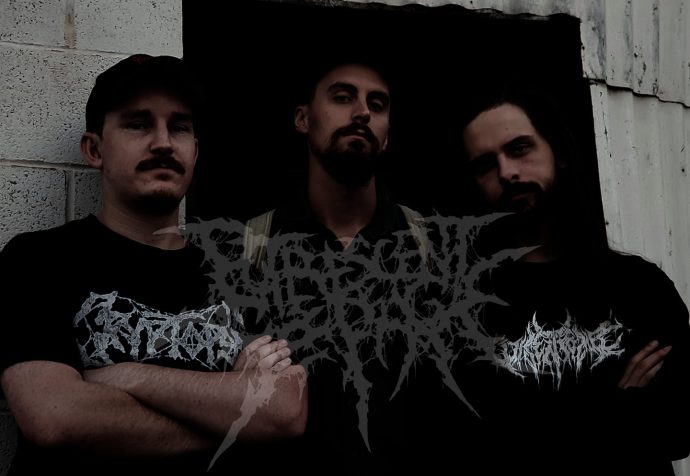 That demo was constantly on my playlist for a while, and the more time has passed the more it holds up, and I still have to listen to it regularly.  For many underground projects, it takes time to get things going again, and for this one that was no exception. For this particular project it paid off by signing with New Standard Elite (one of the best in the genre) for the release of their debut album Dead and Demented this past August 19th.

The four-year wait was all worth it. The band were able to continue what they started with their 2016 demo, keeping to their sound instead of changing it drastically.  After multiple listens, I can safely say it is one of the best BDM releases of 2020.  The eight songs are disgusting chronicles of decomposition, death, and putrefaction, and they keep you at the edge of your seat for 23 minutes. The raw/natural production reveals the guitar and drums as heroes, delivering riffs that make you want to mosh (even if you are alone) and become the driving force in each of the sections, as well as restless drums that are the perfect match, just no mercy behind the kit with amazing never-ending blast beats (I wish I was a drummer).

One of my favorite things about the record are those damn vocals, hot damn!!! Very well done, with patterns that fit perfectly with the music in each of the eight songs. This last feature, as I have mentioned in past reviews, is very important to me.  So many bands who put out an otherwise great release tarnish it with vocals that are not necessarily bad but just don’t sit well within the music.

I highly recommend this band to any BDM fans or anyone interested in getting into BDM. Give it a chance through the player below.

One Response to “PUTRESCENT SEEPAGE: “DEAD AND DEMENTED””