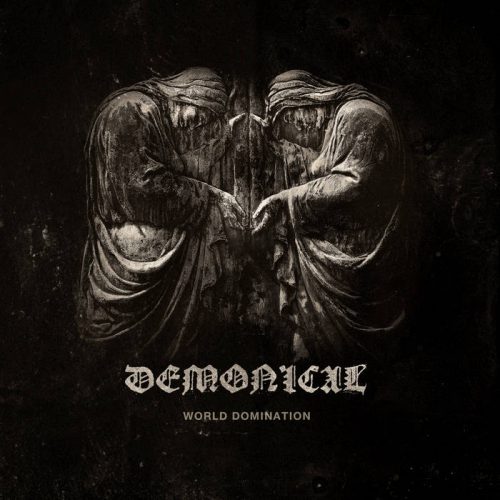 Even though Demonical have been around for six albums and a swath of material in between, it’s been interesting to watch how the band have wound up unintentionally re-contextualized alongside bassist Martin Schulman‘s other works, like Centinex. The two groups share common DNA through Demonical’s initial founding around a core of former Centinex crew and the timing of their releases being so close to each other. It makes it seem as if the two are playing off of each other.

Whereas Centinex is rooted firmly in a classic Swede-death sound and all the rock-striking-boulder thump that is contained therein, Demonical are the other side of that death metal coin, a more modern-sounding project that sidles up perfectly alongside the distorted chainsaw riff and blasting drums of today. Both groups have also maintained very fluid lineups, with both gaining new vocalists in place of October Tide‘s multi-talented – and at one point very prolific – Alexander Högbom. Demonical have been a little more steady in comparison to Centinex’s full refresh, but the additions of Christofer Säterdal on vocals and returning drummer Ronnie Bergerstäl in the time between Chaos Manifesto and the group’s newest album World Domination has certainly kept things interesting. 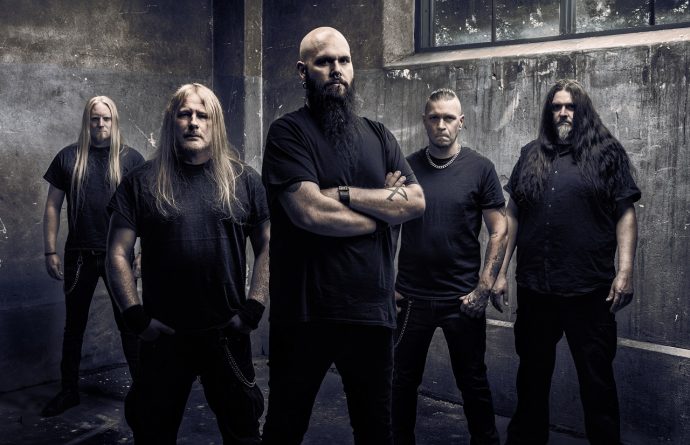 On World Domination, Demonical continue their foray into being one of the better vendors of death metal red meat out there. As mentioned before, since Demonical are very much in line with the current death metal scene they tend to absorb and play with a whole lot more genre influences than the more rigidly defined workings of an old-school death metal group.

To be fair, there is absolutely – and by absolutely we mean the larger ratio of music here – a ton of death metal chainsaw buzz and galloping present on World Domination. If you’re the type to have an ear tuned to this, it can be fun to dissect how songs are going to move, and even though it is clearly a recognizable language, Demonical wind up speaking to the subconcious part of the brain that can make someone move whether they want to or not. There’s good reason for that.

Demonical have mastered the galloping rhythm section moving into battle-for-glory-style chorus here. They demonstrated a knack for it throughout 2018’s Chaos Manifesto but World Domination doubles down on it. It translates to the band sharing the sandbox with groups like Amon Amarth at times, and other times being well off into their own world. That’s what makes Demonical interesting though. Since they’re less rigidly defined by formula in an already very rigid genre, the group are free to push and experiment a little bit.

World Domination does wind up feeling a bit more like a collection of single songs for thirty-five minutes than a solid through-line, but the occasional out-of-left-field ball flung at high speed can be very much appreciated when it seems like the band might be getting too comfortable in the Entombed stomp-death-and-roll riffage for a bit.

Demonical giving themselves the freedom to play a little bit results in enough experimentation to keep things interesting in the back half of the album. Just when you think they’ve settled into a comfortable swaying groove, like the ones worming their way through “We Stand As One” and “Victorious”, the band allow guest vocal work from Nils Patrik Johansson to wind its way through “Slipping Apart”. The familiar clean/mean vocal interplay is firmly in the comfort zone of heavy metal, but “Slipping Apart” is a welcome break in contrast to the consistently heavy roll that is most of World Domination.

The album’s only real through-line is that it is death metal in the current age — at times increasingly melodic, at times crushingly heavy, and most of the time always built for some sort of headbang-in-unison section. Other than that though, each song is different enough to stand well on its own so you never fully know just where Demonical will be striking from next, outside of a near-guaranteed assault on the guitar front. There’s no real attempt at genre-reinvention here. Instead, Demonical fully traffic in the ‘if it isn’t broke don’t fix it” camp. They know what works in their songs and they firmly ensconce themselves in that brilliant zone for a solid thirty-plus minutes of music.