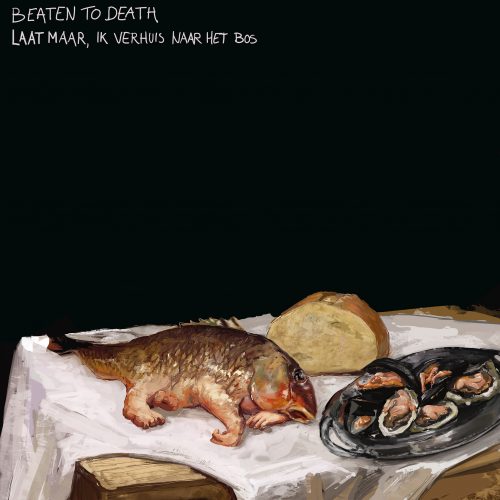 Last September the eccentric Norwegian grindcore band Beaten To Death made a vinyl release of a new album named Laat maar, ik verhuis naar het bos (which Google translate renders as “Never mind, I’m moving to the woods”). In keeping with other enticing peculiarities about the band, they then made a digital release of the album — but divided its four segments into four EPs that emerged every other week during November and December.

Each of those four segments was ostensibly devoted to a different forest — the Dutch forest Mastbos, the Japanese forest 青木ヶ原 located northwest of Mount Fuji, the Norwegian forest Østmarka near Oslo, and the forest moon of Endor (of Star Wars fame). If it seems odd that a grindcore band would devote themselves to the beauties of woodland nature, it’s not entirely clear that they did, given the presence of such song titles as “Flatulence of Emotions”, “The Night Is Young and We’re All Out Of Nekro”, “Rectal Dark Ages”, “If Your Music Were A Blowjob It Wouldn’t Suck”, and the song that’s the subject of the video we’re premiering today — “Hallway To Hell“.

On the other hand, there are surprising moments of beauty in Beaten To Death‘s music, which is part of what makes their unusual approach to grind so enticing. 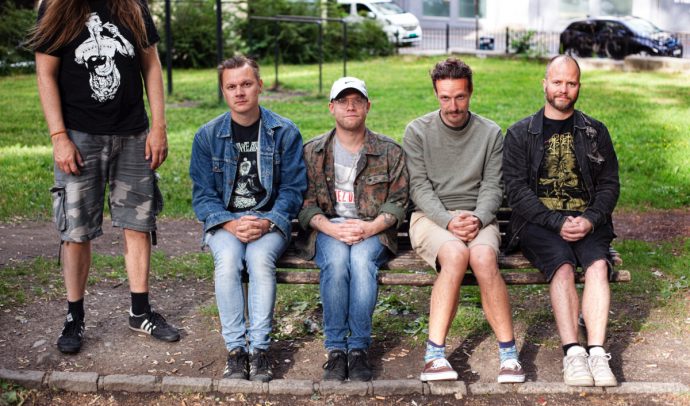 However, Beaten To Death‘s surprising segues into melodiousness are missing from “Hallway To Hell“. It’s a jolting, battering, blaring mauler that also descends into moments of groaning bleakness backed by feverish tremolo’d guitar leads which make the music sound deranged as well as crushing. And speaking of deranged, vocalist Anti-Climax adds to the frenzied lunacy by screaming his lungs out. Yet at the end he enunciates spoken words, which on the album segues into the shocking, glimmering intro to the following song “The Old Man and the Internet”, which is one of those surprising amalgams of melody and mayhem that really set Beaten To Death apart (go listen to the two songs back-to-back on Bandcamp here).

What you’ll see on the video down below is GoPro footage from the recording of the song “Hallway To Hell“, in which the band’s drummer is the focus of attention, and it’s a fun thing to see.

As for the lyrical theme of the song, we’ll share this information from the band:

“‘Hallway to hell’ is yet another stupidly titled Beaten To Death banger. The lyrics were originally planned to be your run of the mill ‘life is an endless piece of shit downward spiral’ piece, but we have written so many of those, so while working on vocals in the studio we felt we had to add an extra dimension to this. We ended up rewriting the story as seen through the eyes of a teenager.

“Us being men in our forties made this extra hilarious. We are very much out of touch with the young and hopeful. To really get down with the kids at the end of the song we added a tip of the hat to a couple of artists that spoke to our teenage angst back in the 90’s when we were teens ourselves. Anti-Climax still blushes and feels his sphincter tightening in shame when hearing this part.” 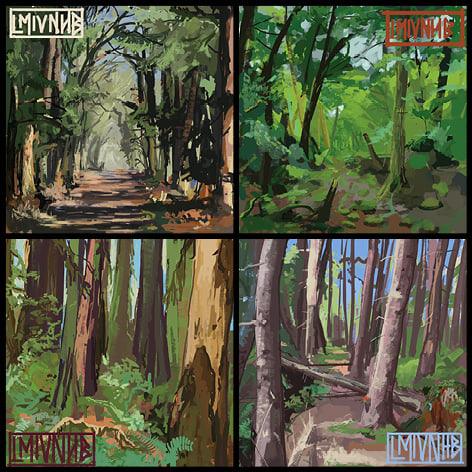 a collage of the four EP cover artworks

We encourage you to check out the entire album via the four digital EPs at Bandcamp. There’s also a Bandcamp page (here) for the vinyl edition of the album, though it says “Sold Out”.

One Response to “AN NCS VIDEO PREMIERE: BEATEN TO DEATH — “HALLWAY TO HELL””