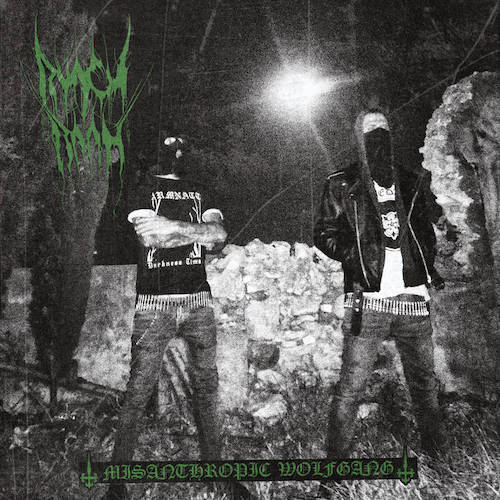 In your searching for new metal, if you need to check off boxes like “melodic”, “nuanced”, “forward-thinking”, “intricate”, or “soulful”, you should probably stop reading right now. On the other hand, if adjectives like “filthy”, “feral”, “primitive”, “carnal”, and “ferocious” are on your list, you’ve come to the right place.

With vitriol surging in torrents through their veins and no regard for the well-being of their listeners, the Portuguese black metal band Ruach Raah (now stripped down to a duo) are returning with their third album, Misanthropic Wolfgang, which is set for release by Signal Rex on June 30th. Based on the music, we’re guessing that the title isn’t an homage to Mozart but is instead a contraction of “wolf gang”. They do indeed sound like wolves on the hunt, racing their listeners into the ground with teeth bared — or maybe more accurately igniting a desire among listeners to run with them on their wild romps.

And make no mistake, as abrasive, rabid, and riotous as the music is, it’s primally infectious stuff — which you’ll discover through today’s premiere of the new album track “Skulls Cracked“. 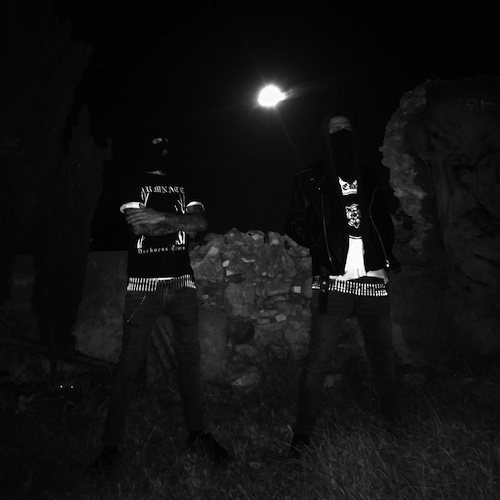 The band’s name seems to derive from the Hebrew words for evil spirit — ruach ra’ah — and the music definitely does sound demonic (and ritual cleansing won’t wash it off). But nasty as it is, its ability to get the blood pumping is near-irresistible.

In this adrenaline-pumping new track the drumming swings back and forth between various punk gallops and stomps, and fusillades of blasting fury, all of it backed by mercilessly thudding bass tones (and maybe some clattering cowbell). Likewise, the uber-grimy riffing veers between roiling, slashing, blaring, almost exultant, chords and pyroclastic eruptions of molten, chaotic violence. As the music alternately rocks and races, bounds and blisters, the vocals discharge rabid snarls and deranged screams. As forecast, it truly is feral and elemental, superheated and savage, head-moving and harrowing.

In the player below you’ll also have a chance to hear the first-released song from the new album, “Ceremonial Flagellation“. It may not be named “Skulls Cracked”, but the rhythm section nevertheless does an effective job of hammering your cranium while the riffing moves from wildness to greater wildness, raking and roiling with barbaric ebullience.