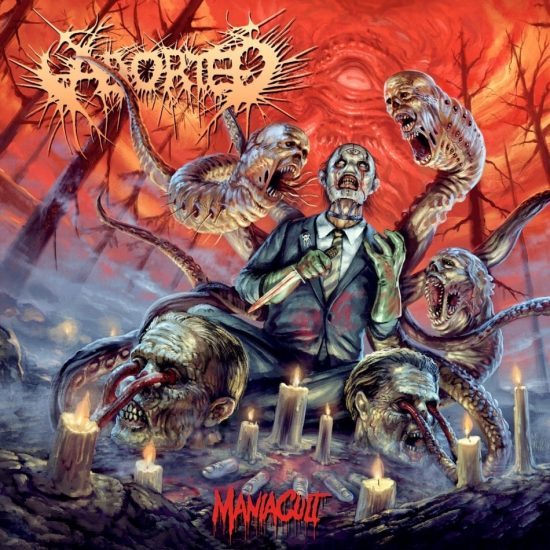 I’ve pontificated a lot over the years about the idea of gateway bands, mostly because its always amusing to see which groups ascend to that role as pathways into the deeper and heavier traverses of metal. It never quite seems to be who you’d expect until years later, when you have the gift of hindsight to scry into the past and see who wound up there.

One hallmark of all groups who wind up in the gateway position has been a consistent sort of quality. Ata certain point they become known quantities within the music world. You can pretty much rely on the expectation that a disc will not be bad by any conventional measure and that the group have long since found a sound that works for them. Often, every release after that particular point can feel like an iteration or a spin on that particular sound but overall is still pretty recognizably them.

It also means there’s a pretty good argument for being able to take everything the band has done and throw it on shuffle and generally have a pretty good time. It’s the sort of plateau that groups like Amon Amarth, Revocation, The Black Dahlia Murder, Gojira, and even to some extent Skeletonwitch, tend to inhabit.

These are groups that for those of us long in the tooth in the metal scene can kind of treat like pop music. We throw on a new album, we have a good time, and generally speaking it doesn’t stick around for too long. Later releases can often be boiled down into a handful of really strong songs and then some generally good ‘fluff’ in between. There’s fun arguments to be had as to which is which with those discs, but generally speaking you can combine the best songs of every two to three albums and have a really strong release on its own. We’ll have our favorites, but as these group’s careers have gone on they’ve served more of a role as a guide to other, heavier bands as well.

In that way, I think after both Terrorvision and now Maniacult, Aborted have ascended into that role — stubbornly consistent to the point where extremity becomes the standard — and with Maniacult, one of those releases where the most interesting songs are the ones where the band reach enough outside of their standard blueprint that they become the most interesting tracks by default. 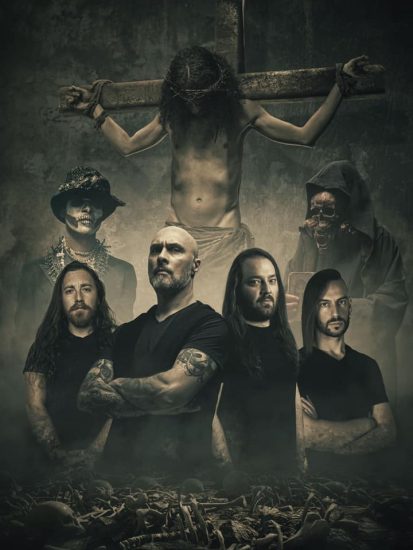 Aborted are one of those groups who have been lucky enough – despite a constantly shifting lineup – that throughout the years they’ve had ‘eras’ of influence where they’ve been able to change and adapt to the heavy metal world around them while also remaining somewhat at the forefront. They’ve gotten increasingly good at distilling down specific styles to the barest form and polishing them so that they can absorb them into their sound and introduce a lot of people to elements they wouldn’t otherwise have considered.

That is how I – like a lot of scene kids at the time – wound up with Archaic Abattoir being one of my first really, really, really heavy discs in constant rotation, with the band having absorbed enough of a punk/grind sound into a battering chainsaw death metal formula (the type that defined releases like Goremageddon and Engineering The Dead) that the hybrid wound up introducing a lot of people to a new style. Aborted have gone on multiple tears like this, and I’d argue that the most recent ‘golden era’ for the band was the triptych of Global Flatline, Necrotic Manifesto, and Retrogore. All three sound like iterations upon the same formula, and with Retrogore it had seemed like the band had finally pushed that specific style to its absolute breaking point – especially given the ton of material on that specific release.

So then imagine the surprise that Aborted kept somehow banging away at that style across a couple of EP releases and the album Terrorvision, though it seemed like after that the group had become much more about the spectacle of who might be appearing or what next would be absorbed into the group’s style to keep them going. A lot of stuff has been hewn away as well, and with both Terrorvision and now Maniacult the group are sounding the sleekest they have ever sounded. On Maniacult, the group have even shorn away their tendency for horror movie samples in favor of an overarching concept that is still very much in line with the overall Aborted sound.

Which translates to meaning that with Maniacult, you know what you’re in for and it is very much another nine Aborted songs, with one longer atmospheric intro and one instrumental to complete the show. But, like all discs that remain adamantly consistent there are still a handful of highlights amongst the bevy of guest appearances and deathgrind numbers. Which ones are the highlights will likely be the more interesting subject for argument that arises from Maniacult.

The guest appareances on Maniacult go about half and half as album standouts, with Fit For An Autopsy vocalist Joe Badolato showing up real early within the album’s title track to provide some surprisingly beefy low interplay with Aborted vocalist Sven‘s higher path during the back half of the song. “Maniacult” also has some of the chunkier riffs within the album, so it fits that a vocalist fronting a band who’ve made a career out of hefty-groove in their branch of the deathcore tree pops up within that song. It’s one of the few times where the material written really lines up with the guest vocalist, whereas the parade of guests in the latter part of Maniacult are left mostly to hold on for dear life and force themselves into the song.

While grabbing Filip Danielsson of Humanity’s Last Breath for the song “Drag Me To Hell” could be expected to land some marquee headlines, he serves more as reinforcement when he makes himself known than as a chance to truly become the ‘weapon’ within a specific song. The same could be said for Ben Duerr of Shadow Of Intent, though he appears in one Maniacult‘s more ambitious songs, “I Prediletti: The Folly of the Gods” – which sees Aborted throwing everything, the kitchen sink, and another band’s vocalist into the maelstrom in order to kick out a five-minute whirlwind to close the song. It is actually another highlight of Maniacult as a whole, but mostly because it is one of the few times when Aborted show that they can stretch well outside their comfort zone.

Ryo Kinoshita is one of the more interesting guest appearances since his voice stands in stark contrast during “Ceremonial Ineptitude”, which helps break up what would otherwise be a standard Aborted ‘mowing down a crowd of people’ style of song.

Outside of the spectacle of guests on Maniacult, what turned out to be the more interesting standouts on the album are the one-two pairing early on of “Impetus Odi” and “Portal To Vacuity”. Aborted songs can often feel like a wall of nothing but rhythm riffs and Ken Bedine trying to hammer a snare drum into the Earth like a bridge pylon, so “Impetus Odi” and “Portal To Vacuity” breaking out some slight black metal influence is enough to perk the ears after a beginning to a disc that might have otherwise just been “Aborted doing what Aborted do best”. They don’t really settle into that groove until “Dementophobia” and even then that one breaks out a metalcore two-step for a brief moment just to keep you on the back foot for a few.

Still, with Maniacult, Aborted find themselves in an interesting spot because they might’ve firmly established themselves as something of a gateway band. Maniacult seems to have picked up a lot of cues from the songs “Squalor Opera” and “Deep Red” off Terrorvision before it and run all the way to the finish line and Forrest Gump’d themselves all the way out of the stadium. It’s not a sea change for the band but it, much like releases by the group of bands mentioned way early on in the pre-historic period of this review, makes for a solid addition to the band’s overall discography. There’s a really fucking strong EP’s worth of music in here, and everything around it makes for a decent time.

Aborted have found themselves a groove and they’re working damned hard within those boundaries. If nothing else, they have another disc on their hands that can serve as a great guide to other, deeper realms of the death metal abyss.