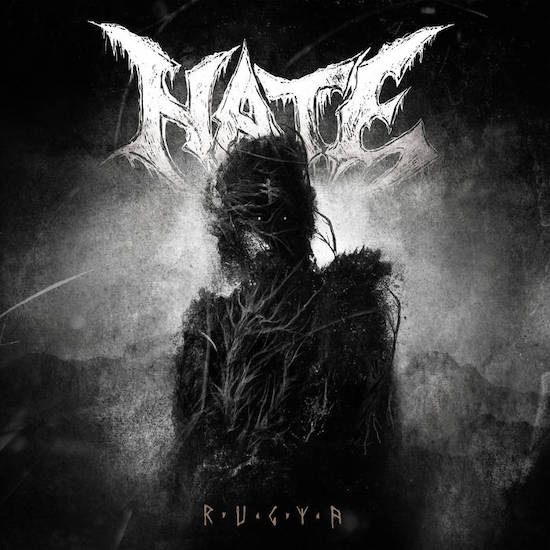 (This is DGR‘s review of Hate‘s 12th album, which was released by Metal Blade on October 15th.)

I guarantee you my Hate collection is incomplete given the storied career that Poland’s blackened death metal export have had, but my music library informs me that I still have upwards of ninety-something songs accredited to them. I sometimes wonder if that is being generous, as Hate are one of those groups who are a hallmark of consistency in the metal scene.

After having found a blueprint that worked for them, Hate have been rigid adherents to it. They’ll put a spin on it so that over time the outside of the package morphs and changes, but that core is solid and immovable. That’s why it doesn’t really feel like I have ninety-something songs from Hate, so much as I have three-to-four distinct moods of the band, as they continually remake the outer structure of their machine while keeping that main sort of imperial march to their overall sound.

In my review of Aborted’s Maniacult release, I mused on the idea of how some bands have served as a gateway to deeper genres, and one of the ways of doing so has been by achieving the sort of consistency that could be compared to a Japanese train line. 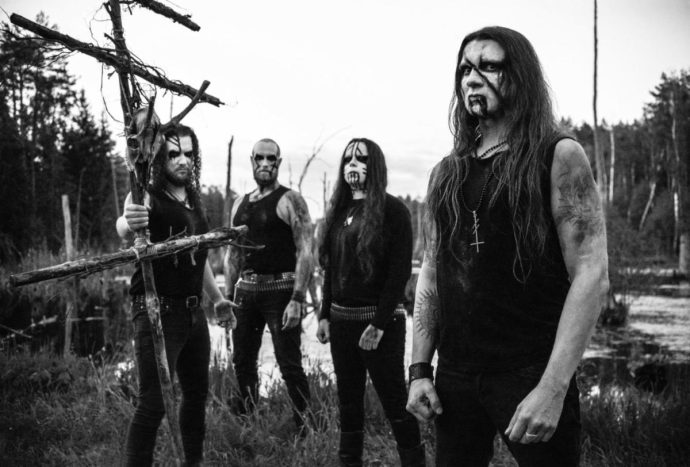 As their genre cohorts have dashed off in a variety of different directions, Hate have cemented themselves to the ground and waved their banner just as strongly as they began to albums ago. They have become one of those gateways into extreme metal, a band perfectly built to have their entire discography thrown into a blender and spit back out at you with unrelenting force for an enjoyable listening session – they’ve certainly powered me through many a late-night shift more than once by sheer force of LOUD.

Rugia – the group’s most recent release – adds to that collection, providing another deep dive into percussive blackened death metal, all while continuing to pull from various mysticism branches – as they really began to do on Solarflesh and only reinforced with Tremendum and Auric Gates Of Veles – and some good old-fashioned anti-religion because the old favorites still play just as strong as they did before.

There are of course “known” knowns when it comes to a Hate album and Rugia is no different. You’re pretty much guaranteed out of the gate some massive sounding death metal made with an imperial march aesthetic, and more often than not you’re also guaranteed that at least two-to-three of the songs are probably going to start in a similar vein to the way “Resurgence” does here on Rugia. Big opening riff right into a hammering gallop after a couple of fired-off lyrical phrases; the fact that it happens in a block of songs, as both “Velesian Guard” and “Sun Of Extinction” both seem to be competing for the most Hate song ever written alongside of it, only hammers the point home.

They’re huge songs, like having cinder-blocks with the word ‘death metal’ written on them dropped right on your head. “Velesian Guard”, is an absolute brawler of a song too. It’s like the band looked at the already scorching “Exiles Of Pantheon” early on in Rugia‘s tracklisting and decided that they need to tack another minute onto it just to really bludgeon the point home. 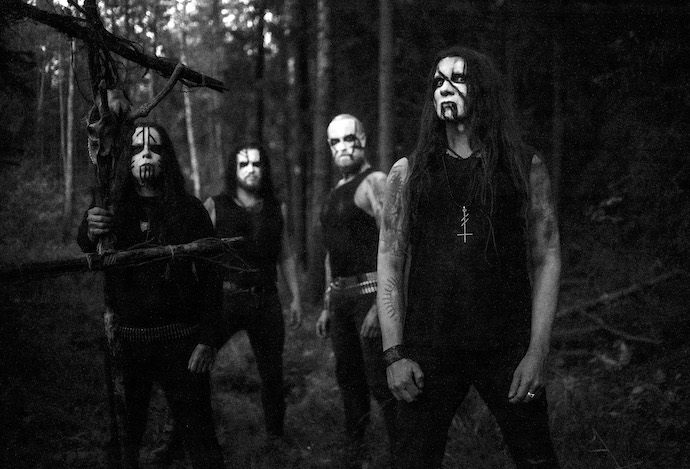 That doesn’t mean Rugia lacks for surprise, though. Hate find a way to put a spin on their formula with every album and at this point have long-since turned their ‘different sides of the same coin’ narrative into a multi-sided tabletop RPG die instead. For one, vocalist Adam sounds impressively raw this time around. His harsh yell is still powerful but there are times throughout Rugia when you’ll note some minor vocal effects being added to the mix or some sheen being peeled away so that a band even as sleek as Hate come through sounding organic.

It’s still a Hate performance, but that, on top of them letting the rhythm section really run wild on Rugia this time around, makes for an interesting listen. There’s also a surprising amount of prominence given to the bass guitar work – especially during the aforementioned “Resurgence” – and it also seems like the group really made room for new drummer Nar-Sil to just run rampant. Even during the opening number “Rugia”, where you’d expect to be pummeled to death via snare drum, there’s enough flair present to set you slightly on the back foot.

Hindsight does prove to be hilarious in one respect too, because it had not occurred to me that I was not the one to cover 2019’s Auric Gates Of Veles. That credit goes to our own Andy Synn, who included it as part of a half dozen reviews way back when my own personal life was spinning off into a tremendous shit fire. However, considering that I’m the one who covered the two albums prior it sure did seem like I tackled Auric Gates Of Veles as well.

What’s interesting is the closing bit where Andy observed that Auric Gates Of Veles is “a leaner, meaner, and altogether tighter version of the band than we’ve seen in some time.” It seems as if Hate’s response to that with Rugia was to cut even more of the bullshit away. Auric Gates of Veles punches in at thirty-nine minutes (and some odd) and its younger sibling Rugia punches in at thirty-five-and-change. You might wonder how Hate manage to do that, and honestly it might be with a song like “The Wolf Queen”, which at two-minutes-and-thirty seconds of near-nonstop pummeling might be the most “No Bullshit” Hate have ever been musically.

Rugia is Hate continuing to hew away at any sort of fat on an already sleek and tight death metal monster. It is a surprisingly no-bullshit album, just constantly punchy from front-to-back. It still sounds a fucking ton like Hate, but if you wanted them even more fiery than they were sounding last time, Rugia is the release to dive into.