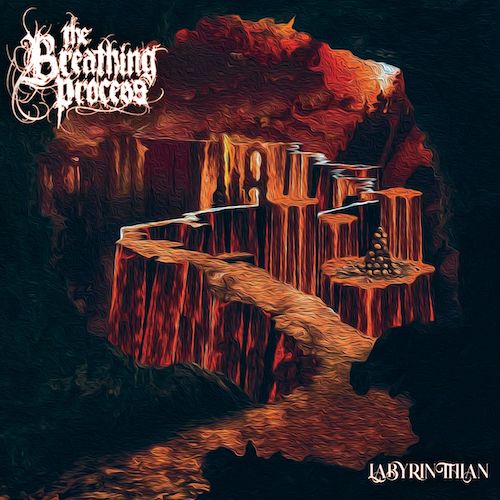 (This is DGR‘s review of the new album by The Breathing Process, which was released on October 8th by Unique Leader.)

Sometimes a song can define a whole album for you. Samsara, the previous release by the genre maelstrom of deathcore, symphonic death, and black metal that is The Breathing Process, definitely had one of those songs. An eight-year gap between albums saw a group with a ton of material available to them, and Samara was one of those albums where every song was different, but if you’ve lurked around these hallowed halls long enough you’ve probably heard me banging the drum about the song “The Nothing” enough times to consider calling the cops and filing a noise complaint.

It was a massive song that was equal parts dynamic and cinematic and it was something that I had hoped The Breathing Process would take cues from in the future. Well, like all good turn-of-the-millennium TV commercials about the internet, “The Future Is Now”. October 8th saw the release of the band’s newest album, Labyrinthian, arriving only three years after Samsara and with a new vocalist in tow. Armed with over fifty minutes of music on their latest release, The Breathing Process have an album that is singularly focused on one objective, in comparison to its predecessor. After a handful of listens the one thing the band really seem to have settled on is sounding massive. 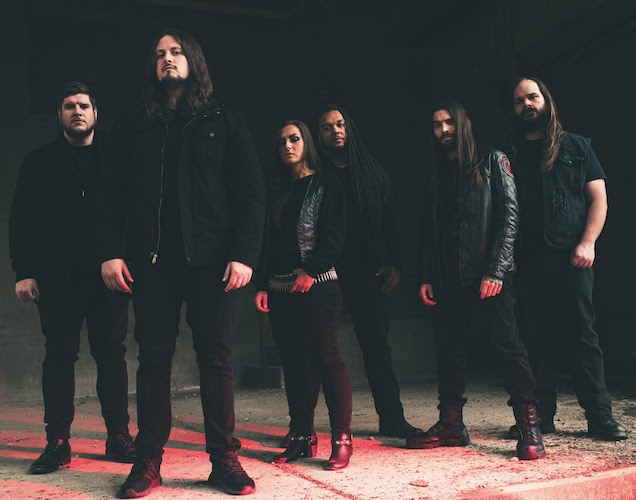 If that’s a weird turn of phrase, trust me, it’s hard to explain as well. But Labyrinthian really is a different beast than its older sibling. The group’s previous album found them in a weird spot, previously one of the acts that was incredibly in sync with the -core scene as well as one stretching into their own sort of blackened death metal hybrid. Yet the time between the group’s 2010 album Odyssey (Un)dead saw them not only with some lineup changes but also having to kind of storm back in, as a reminder that they were one of the forerunners of the sort of synth-heavy, symphonic-backed, blast-and-breakdown fests that have now become fairly standard.

Samsara had an air of ‘we’ve been doing this for years, we’re really fucking good at it, and we’re going to remind you of it every chance we get’. Labyrinthian, on the other hand, is a little more free-sounding than that, less a prisoner of the band’s own legacy and also a lot more urgently ‘now’ than even the previous release was.

You’ll not only recognize the appearance of some of the more popular names within the current scene – especially taking advantage of the Unique Leader roster availability – but also just how burly this album is by comparison. As many of those bands have embraced the low-and-slow approach, so too have The Breathing Process, meaning that up until its title song Labyrinthian is the sort of album that lumbers around and leaves footprints that if rained on would be defined as lakes. There’s not a single song here under three minutes and most have a comfort zone deep within the five minute mark.

Labyrinthian starts by putting its slow foot first. The triplet of “Terminal”, “Shadow Self”, and “Wilt” are all big numbers, defined by a massive groove that is worthy of a slow and ponderous headbang. They don’t quite achieve doom levels, but all three of them are happy at a mid-tempo chug that throws its weight around.

“Terminal”, as the opener, may actually be a little misleading about how Labyrinthian flows as a whole, since it’s one of the more dissectable songs. You’ll note the handful of main parts and big, hefty steps the song takes, but many of the flourishes that have often colored The Breathing Process‘ music aren’t really present. It’s just a beefy song with liberal usage of some Gojira-esque guitar-sliding.

“Shadow Self” and “Wilt”, on the other hand, are a little more recognizable as the backing symphonics slowly weave their way into the song. “Shadow Self” tackles things slightly more up-tempo, and the bouncing rhythm of the song is tailor-made for headbanging; as such, it kind of becomes one of the earworms of the disc. “Wilt” – which was one of the first singles for this release – features Signs Of The Swarm vocalist David Simonich joining with The Breathing Process‘ Chris Rabideau for a tag-team vocal attack over one of the more melodic – and yes, slower – songs on Labyrinthian.

Labyrinthian starts to turn on its fourth song, “A Savage Plea”. Once it is introduced by the vaguely haunted-house keyboard work, “Savage Plea” paves the way for songs like the title track and the seven-minute epic of “I Sleep, I Wake”.

“Labyrinthian” (the song) is the one that defines the whole album. It earns its place as the title song for this release. It combines many of the differing elements of The Breathing Process‘ sound seamlessly. It brings forth a lot of the symphonic metal influence as well as the quickly played high-guitar that you’d find in a more melodically minded black-metal act. It’s about fifteen seconds over five minutes, yet there is so much packed within “Labyrinthian” that it’s one of the most cinematic songs on the album. Yes, the band even make use of a big clean-singing section and an appearance from Jamie Graham (currently fronting the band Viscera, but also having spent time in early Sylosis and Heart Of A Coward) in order to make the song even larger.

“I Sleep, I Wake” takes that formula and stretches it out and makes that song one of the two that extends into the seven-minute realm here. The only other one that does that is closer “We, The Drowned” – which also gets a lot of its song length out of being another one of the ‘stompier’ songs on Labyrinthian.

Labyrinthian is unapologetic about the area it comes from, so there will surely be a few who will hear the opening rumble of “Terminal” and immediately piece together the deathcore and Unique Leader connection. However, The Breathing Process are one of those bands who were always more than that. They’ve spent a large part of their career dancing on quite a few very fine genre lines without fully swan-diving into any particular one. It’s why sometimes describing them can read like a case of heavy metal madlibs, because tying together the group’s black metal, symphonic death, brutal death, and -core influences seems to be much more easily executed by the band than trying to write it out.

There is a sense that, arriving only three years after Samsara, Labyrinthian allows the group a sense of regularity and focus though. It’s why Labyrinthian seems to be more laser-targeted on one particular approach than its immediate predecessor. It wants to sound ‘big’ and for the most part achieves that. Songs flow well into one another and the fifty-some-odd minutes of it feel less like a collection of really good singles and instead become one gigantic piece that – as mentioned way in the yonder reaches of our intro – lumbers about like a giant launching redwood trees into a city.

With Labyrinthian, The Breathing Process remain one of the more interesting acts in this particular sphere and one still capable of writing some of the most criminally catchy ass-kickings out there.

One Response to “THE BREATHING PROCESS: “LABYRINTHIAN””