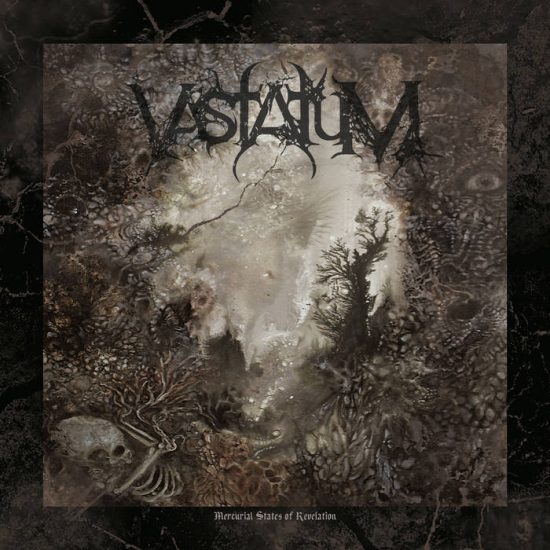 I had grandiose ambitions for this Saturday round-up, but remembered at the last minute that I had to join a Zoom meeting this morning for the job that pays the bills around here. After that ended I didn’t have time to pull together any more music than what you’ll find here from a quartet of bands. But these four have enough high-energy intensity to keep your heart-rate elevated from start to finish (and probably for a while afterward too).

The whining sounds of this first song swells over turbulent drumming and throbbing bass notes, and then swirls like wind-driven flames. Fiery vocals join the fray as the riffing generates a sound that’s both tormented and glorious. The incendiary intensity of the music subsides, and it becomes more mysterious and hypnotic, and then it roils again, with a feeling that’s beleaguered and desperate, as the vocals become even more shattering in their tortured extremity. The lead guitar whirls once more in a mad dance as the sound fades away….

The song is “Fall Within Seclusion“, which is the first advance track from an album named Mercurial States of Revelation which will be released on February 11th by Avantgarde Music. It’s this band’s debut full-length, although the duo behind it — Wraith (Vanquished) and Luzifaust (Kaifrun, Hostium) — aren’t newcomers. The cover art is killer, but the artist isn’t identified on the Bandcamp page. I am looking further…. 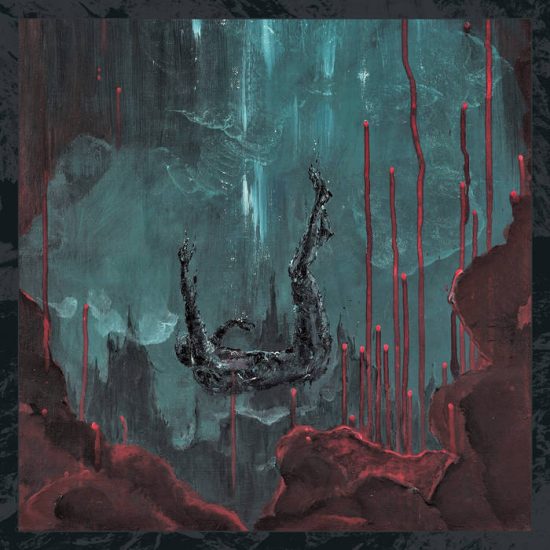 The electric pop of the snare grabs attention at the outset of this next song, along with the demented clarion ring of the guitars. The riffing blazes in even more splendidly deranged fashion, segmented by percussive bursts and accompanied by furious howls and screams. The heat of the music climbs ever higher into the red zone, with rocking grooves, bubbling bass tones, and a multitude of riffing variations adding to the song’s piercing dynamism.

As there was in Vastatum‘s song above, there’s an instrumental break in this thrill-ride, but it’s a brief one before the music catches fire again, becoming a nova-like display of discord, rampant insanity, and fire-bright splendor.

The song is “Iconoclasm“, and it’s the first-revealed track from this Italian band’s sophomore album Death Panacea. Avantgarde Music has set it for release on the same day as Vastatum‘s album — February 11th. The artist who created the wonderful cover art is Sözo Tozö. 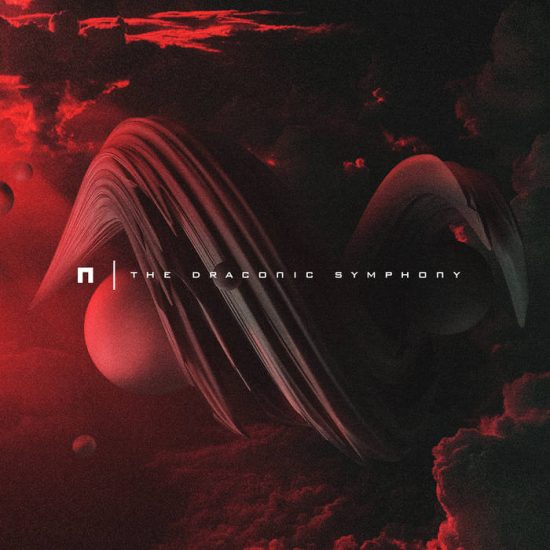 It sounds like rifles being cocked at the outset of the next musical extravaganza, but even though the percussion soon does sound like automatic weaponry, the orchestral and keyboard-driven music is a grandiose display of vast panoramas, darting starburst sounds, and glittering piano melodies. The song also includes vibrant pulsing motifs and the sounds of hyperspeed blasts and double-kicks that provoke a visceral response, along with explosive detonations, the softening effect of distant arpeggios against a misty backdrop, and episodes of mesmerizing beauty.

All in all, this long track is a head-exploding experience that goes over the top in a multitude of ways, but its excesses are nonetheless delightful.

The song is “The Draconic Symphony“, and it’s the just-released second single from a new Neurotech album named Symphonies II, which will be out sometime later this year. 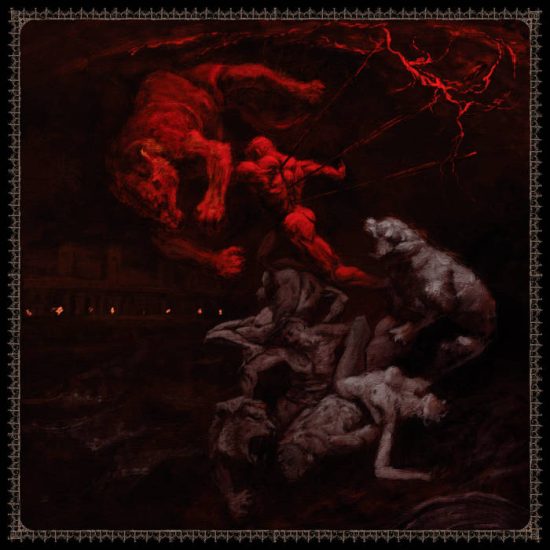 I felt the need to bring some death metal into play before closing this too-short round-up, and a couple of new songs from Deathcult seemed a fine way to do that.

“Swine of Oblivion” is a goddamned riot, which becomes a goddamned calamity. In the song’s initial rampage the drumwork inflicts a remorseless beating as the riffing swarms in a dense maelstrom of savagery and pestilence, and also rhythmically slashes with head-moving effect. The initial outburst (magnified by insane vocals) segues into a slow, lurching cadence, and there the guitars create sensations of suffocation and suffering — just a short dismal interlude before the band throw you into a churcning war zone again.

There are other digressions in which the drumming scampers and the riffing indulges in a kind of crazed joyousness, and one that provides the setting for a demented solo. You’ll get another reprise of slow and misery-soaked sounds, along with sensations of vicious encroaching menace and the sulphurous boil of demonic frenzy.

Both tracks are included on a new Deathcult album named Of Soil Unearthed, which is set for release by Invictus Productions on January 28th. I haven’t yet tracked down who created the stunning cover art but will update this to identify the artist when I have time.

3 Responses to “SEEN AND HEARD ON A SATURDAY: VASTATUM, A PALE DECEMBER, NEUROTECH, DEATHCULT”