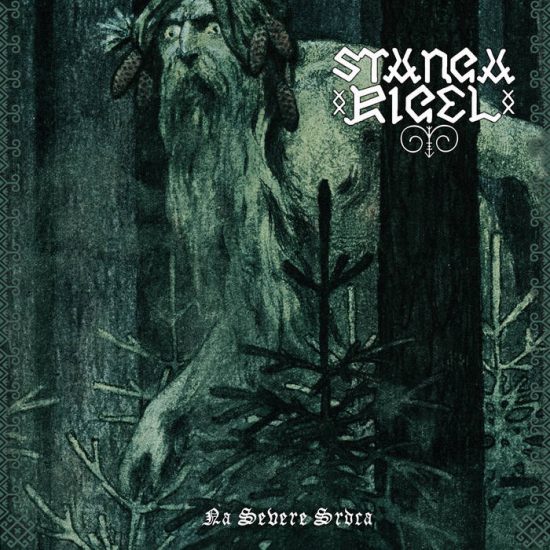 It may seem like a paradox, but the less time I have to devote to preparing these columns the easier it is for me to do them. When I have a greater than usual amount of time, I listen to more music, I find more releases that I want to recommend, and then I struggle to whittle down the choices into a group that I can manage to write about in the time I have left.

That’s the situation I find myself in today. Because my spouse has been out of the house a lot over the last couple of days galavanting around with one of her visiting sisters, I plowed through a lot of new music. The listening sessions were a blast, but then I had to engage in a painful winnowing process. The results may be painful in a different way for you: Even after the winnowing, today’s column provides a lot to take in, and might put added pressure on your bank accounts if you find as much to like as I did.

Speaking of how much music I’ve included today, I narrowed the albums down to three new ones (which is still more than usual for these SOB installments), and then sprinkled in some advance tracks from forthcoming records, plus one new EP. 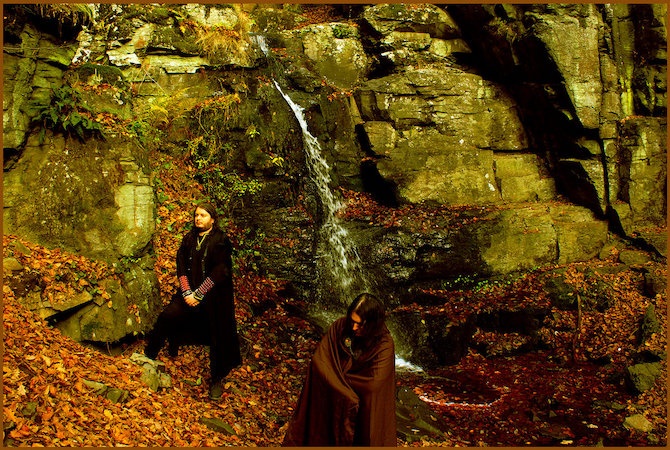 Stangarigel snagged my attention because it’s principally the work of Adam S., one of the guitarists and vocalists for the distinctive Slovakian band Malokarpatan. He goes by the name Lesodiv in Stangarigel, in which he performs guitars, bass, and keyboards, with assistance from an artist named Stalagnat on vocals and drums (who might also be a member of Malokarpatan, but I haven’t seen verification of that).

The band’s debut album Na Severe Srdca was released two days ago (January 7th), just in time to be included in those extensive listening sessions I mentioned above. It made an immediate positive impression, and one I expect to deepen as I spend more time with it. As for its inspirations, I’ll share Stangarigel‘s statement from the album’s Bandcamp page:

Reawakening a spirit mostly lost in the scene since the 90s, Na Severe Srdca harks back to the era inspired by 19th century Romanticism, once spearheaded by albums such as “The Shadowthrone” and “Bergtatt“. An era of wanderers staring into the fog of time, to reconnect with the dark undercurrents of folklore. A time when Black Metal evoked feelings of wistful longing and storming grandeur, rather than the vapid nihilism prevalent today. Join in for a ride through enchanted Slovakian woodlands and starlit mountain passes, where the land of phantoms unfolds.

That folkloric traditions animate the music will come as no surprise to those familiar with Malokarpatan, but Stangarigel isn’t a Malokarpatan clone (whose music is beyond the capability of cloning anyway).

Glittering strummed chords with a melancholy mien, coupled with low, dismal chords, open the record at the outset of “Mytogenéza bronzovej doby”, and the music then swells into greater bleakness, like a gathering storm of beleaguered moods and frenzied desperation. A strange horn-like instrument blurts its voice along with a human voice that’s part beast. A tapestry of other instrumental tones slowly reveals itself as the plundering drums fall silent, including whistling ethereal keys that add to the music’s aura of mystery. Harpsichord-like notes dance at the close, providing a feeling of uplift to end the distress.

The richness of the musical tapestry in the opening track, augmented by many sampled sounds and lots of rhythmic variety, becomes a hallmark of what follows (I wish I had a complete list of all the folk instruments, though sensations that resemble a fiddle, a jaw-harp, an accordion, and a flute are recognizable). What follows, depending on where you are, can seem vast and stately, deeply forlorn and haunting, joyfully and ferociously vibrant, or mythic and mystifying. Altogether the songs are captivating, even with the ruthless, jagged bestiality of the vocals constantly coming for your throat. 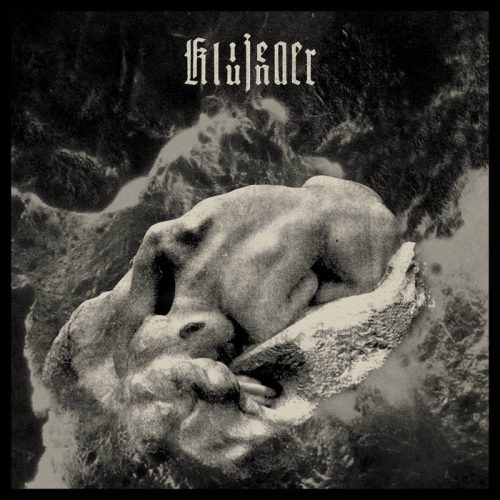 Now we come to the first of the advance tracks I’ve sprinkled in among the albums. The track’s name is “Es Verbrennt Sich“. That translates to “it burns itself”, and man, does this song burn.

Along with the rampantly hurtling and skull-cleaving drums, the riffing slowly writhes and feverishly boils in maelstroms of dense, submersive sound, accompanied by vocals of convulsing insanity. The music also includes passages given over to grand sweeping sensations — not fanfares of glory, but wide-screen visions of calamity on a monumental scale. The drums boom and the bass thrusts in measures that will get your legs jumping, but even there the abysmal mood continues to blanket the mind and choke the soul. It’s enough to leave you gasping….

The song comes from Kluizenaer‘s second album Ein Abbild Der Leere (“a depiction of emptiness”), which will be released on February 18th by the Dutch label Wolves of Hades and a German/French label named breath:sun:bone:blood. 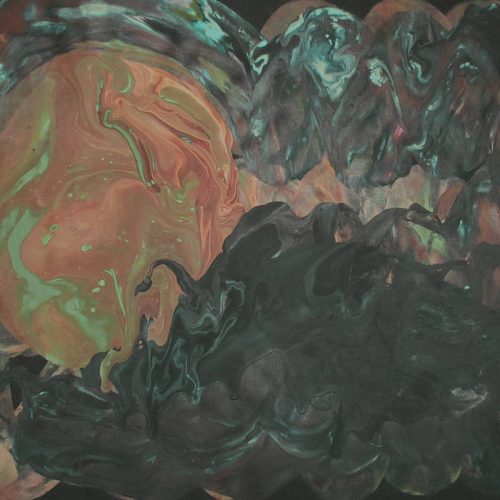 To avoid any initial confusion, this isn’t the French band of the same name (who are also excellent), but the solo project of Cam Sather from Minnesota. I first encountered the music of this Mur through the band’s wonderful second album Athabasca in 2015 (which I wrote about here). That was followed in short order by the Heartworn album in 2016. And now, a long 5+ years later, Cut the Rivers Vein has arrived.

Trying to sum up the album is a significant challenge. Both in its sounds and in its moods it ranges widely, even though the moods are usually very dark ones. It includes sorrowful but sublime acoustic guitar melodies with a country/folk flavor, piercing but emotionally punishing electric leads, pounding chords of earthshaking heaviness, and other fretwork maneuvers that discordantly jitter, scream, moan, and soar. The vocals span haunting singing, scarring howls, and horrid abyssal growls. In its rhythms, which are in continual flux, it makes effective use of very heavy, sludgy bass lines and neck-cracking drumwork.

At times the music becomes nightmarishly hallucinatory even as the force of its stomping cadences threatens to split concrete. At other times it pours out wrenching emotional ruin or cold-eyed fury with unadulterated honesty, or even seems to stretch out its hands in feelings of intense yearning. But just around the turn of the bend (see, e.g., the somber folk songs that open “Lowered Cloud” and “A Powerful, Uneasy Feeling”) you might imagine yourself alone in the wilderness, huddled in the cold with just your own lonely thoughts around a crackling campfire that doesn’t provide enough warmth. Or you might encounter progressively inclined instrumental interplays when you least expect it.

Metal-Archives brands the music “Black/Doom/Folk/Drone”. Their administrative types obviously have as much trouble as I do trying to encapsulate all the genre permutations that come into play. Maybe at times they thought, like I did, of a collaboration between Panopticon and YOB. But don’t think all these differing ingredients are jammed together in jarring fashion. The music can definitely jar and disturb when Sather puts its mind to it, but there’s so much creative skill in the songwriting that all the ingredients work together damned well, and the execution is extremely impressive.

If you want to check out just one song, I’d probably recommend the multi-faceted and magnificent heartbreak of “A Powerful, Uneasy Feeling”. But really, this is an album that needs to be heard straight through, and to be savored in all its unsettling and spellbinding dimensions.

Cut the Rivers Vein has an official release date of January 28th, but it’s streaming in full on Bandcamp now. Soon it will be available for CD and digital pre-order, with a cassette tape edition coming out later. 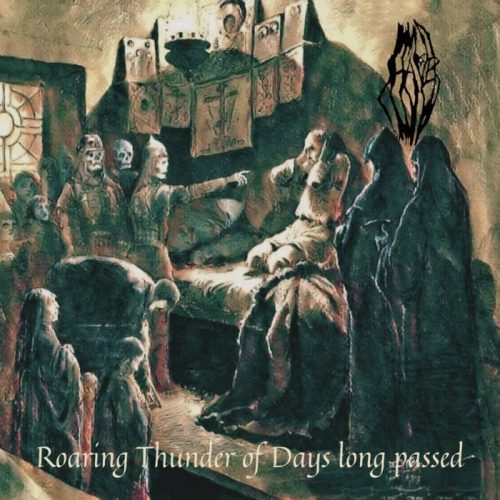 Now for another advance track as an interlude of sorts among today’s chosen albums. I didn’t know quite what to make of this one as it began, unsure whether I was going to like it or not, but I found myself getting pulled into it and then bound by it.

The juxtaposition of a fevered, fuzz-drenched guitar, a murmuring bass, and the slow drift of ethereal synths over a distant snare pop, creates a strange trance. The corrosive-toned guitar riffs and the muffled rhythm section drench the senses in lo-fi murk (though the riffs are nonetheless captivating), and that just makes the more crystalline ring of a second guitar and the celestial shimmer of the synth more striking. The grotesquely distorted vocals are as ugly as sin, and somehow that makes the song even more appealing.

The song is the title track from an album by this Austrian duo named Roaring Thunder of Days Long Passed. It’s set for a CD and digital release on January 21st by Kvlt und Kaos Productions (I’ll note that Metal-Archives says the album was digitally released last April, but if so, I missed it then.) 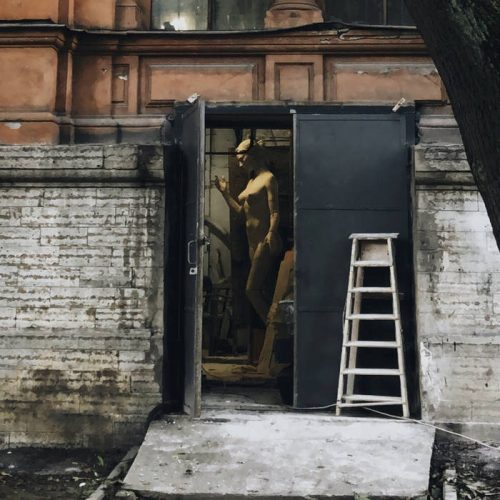 Next up is the EP I mentioned at the outset, the latest material from Damian Master under the banner of his solo project A Pregnant Light. Released on January 7th it consists of two songs, “Beast About” and “Germanicus“. As usual, the lyrics are wonderfully evocative even if more than a little cryptic, like dark letters to people who may or may not exist outside the writer’s mind (go to Bandcamp to read them).

I’ve made clear more than once that I’m a sucker for what this project turns out, and I’ve fallen again for these two tracks. As usual, the music is a mash-up of differing stylistic ingredients that include black metal, post-rock, and post-punk. It will get you moving, get your pulse pounding, and stick ringing ear-worms in your head, and the raw, furious intensity of the vocals puts everything further into the red. 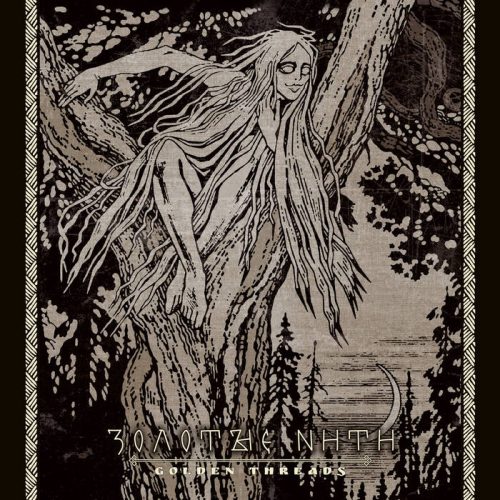 And finally we come to the third album, one which demonstrates that my definition of what belongs in these columns is malleable. I paid attention to it very soon after its January 6 release by Avantgarde Music because Sivyj Yar has done such great work in previous albums, but this one is distinct from what has preceded it. As the Bandcamp page itself states:

Definitely the most unusual release in the whole Sivyj Yar’s discography with Novgorod gusli being the main instrument. The artist defines this album as ‘neo-medieval nocturnes’ and dedicates it to Yuri Mirolyubov (1892-1970), the discoverer (well, most likely, the Author) of the mysterious ‘Book of Veles’, literally the main influence on the Eastern European paganism revival.

I’m unfortunately running out of time today, and therefore can’t manage to put in words everything I’m thinking about in reflecting on this album. I’ll just say that it’s bright and beautiful in many respects. The dancing, ringing tones of the zither-like Novgorod gusli do play a prominent role, along with mystical synths, flutes, wonderfully layered guitars, pulse-punching bass, and occasional reverberating singing voices. And thus the music is a blend of the old and the new.

No, this isn’t remotely black metal. I guess it’s more post-rock than anything else. But it hit me the right way as a light and airy diversion from the usual listening, and maybe it will brighten your day too. The album’s name, appropriately enough, is Golden Threads.