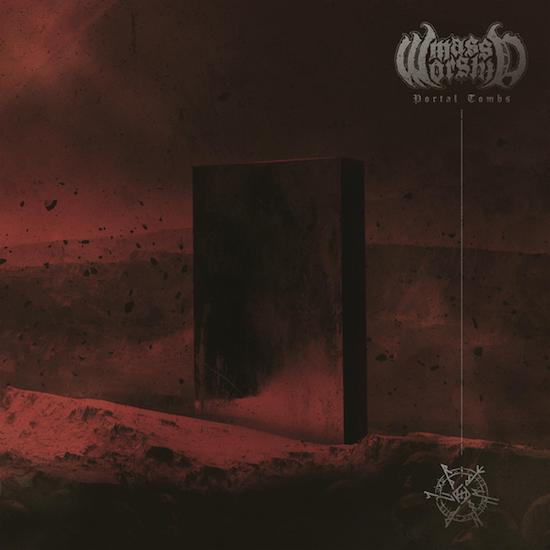 (We present Gonzo‘s review of the new album by Sweden’s Mass Worship, which was just released by Century Media.)

If there’s an award somewhere out there for “best music to listen to while using an industrial-strength sandblaster,” then I think the new album Portal Tombs from Stockholm’s Mass Worship would be a top contender.

Clocking in at just under 40 minutes, these nine songs of dissonant, crusty hardcore/death metal/sludge pummel their way through the speakers with all the fury of a battering ram that’s been soaked in hydrochloric acid. Blistering, rapid-fire grooves showcase the band’s four members being in perfectly executed lock-step syncopation, creating a Meshuggah-like atmosphere at times while still making room for songwriting nuance and atmosphere. (Somehow.) 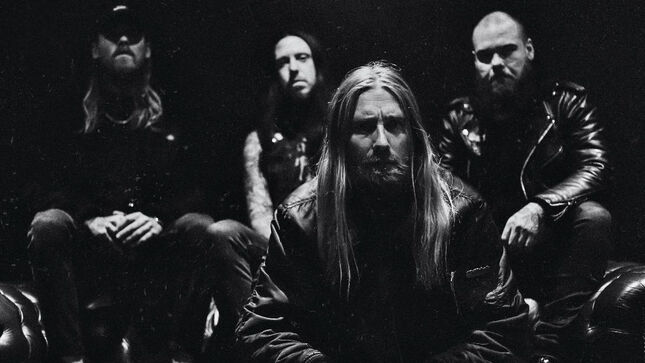 Opener “Specular Void” builds up its grand entrance with thunderous drums that threaten to pulverize the very ground you’re standing on. Dense, blast-furnace vocals howl their way over a cascade of rumbling riffs soon after, creating an absolutely devastating cacophony that’s expertly mixed. Despite this being only their second album since their inception in 2016, you can tell Mass Worship are going for the jugular after hearing just one track.

Massive riffs continue on the title track and into the ferocious headbanger of “Revel in Fear;” the video for the latter is posted below (and I highly recommend watching it.) With a relentless jackhammer of a composition, a monstrous atonal howl of a vocal performance, and even some amazing melodic guitar leads around the halfway point, “Revel in Fear” makes a case for an album highlight.

It’s not until after the listener dusts themselves off after “Orcus Mouth” that the intensity finally gives way to an atmospheric intro of “Unholy Mass,” which is perfectly placed at track 5 to break up the absolute pummeling you’ve just experienced. But even “Unholy Mass” turns into a thick mire of slow, sludgy riffs that quickly supersedes the ephemeral moment of tranquility it starts with.

Later, “Scorched Earth” revs itself up into a polyrhythmic sledgehammer of dissonance that I’m nodding my head along to even as I’m writing this. Closer “Deliverance” might be a hint of where the band is headed with their next release, with its slightly longer length and more experimental approach to its composition. At just under 7-and-a-half minutes, its length isn’t unnecessary though – it’s a sludge-ridden ride into an alternate swamp-hell dimension that smolders with slow-burning rage. The riffs are so thick you could pour them from a cement truck.

Portal Tombs as a whole is a record that’s primed for a grand reception into the pantheon of metal releases in 2022. Its influences may be obvious at times, but that’s taking nothing away from the degree of glorious, unfettered heaviness it delivers.