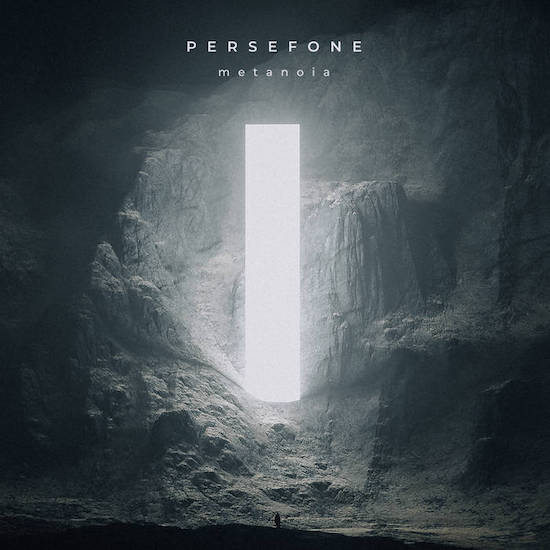 (This is DGR‘s review of the new album by the Andorran extreme progressive metal band Persefone, which was released on February 4th by Napalm Records.)

We’ve been following the progressive metal group Persefone for a very long time now. If you’re curious just how long, we dedicated time for both a Synn Report and a review of their album Aathma, which has resulted in us covering nearly everything the band have done up to this point.

There’s been almost a five-year gap between Aathma and the group’s newest release Metanoia, which hit last Friday via Napalm Records, yet it seems as if there’s been no time at all between them; Metanoia picks up right where Aathma let off, which was itself an album that continued walking down the same path that 2013’s Spiritual Migration took. That specific path, in a roundabout way, brings us back to Metanoia.

Spiritual Migration is the disc where you could say Persefone really found their sound. It was the group’s fourth release but the one where after bouncing between differing themes for inspiration the band really laid down the foundation for what was to follow. It is an expansive release that explores many things metaphysical and spirtual – obvious, given the title – and to this date ranks up there as one of their longest albums, though nearly every release of theirs except for 2004’s Truth Inside The Shades sails well over an hour.

2017’s Aathma would continue that, refining on much of what happened on Spiritual Migration as well as closing with a multi-part suite of songs named after its title theme while also trimming about six minutes off the overall run time. Which makes Metanoia interesting as the third of these spiritual-exploration albums: It’s another densely packed journey through the world of musical pyrotechnics with a handful of surprising guest appearances, ending on a multi-part song, and once again managing to shed another six minutes off the overall run time, bringing Metanoia in for a nice, trim fifty-seven minutes. The group’s first under-an-hour release in… four albums. 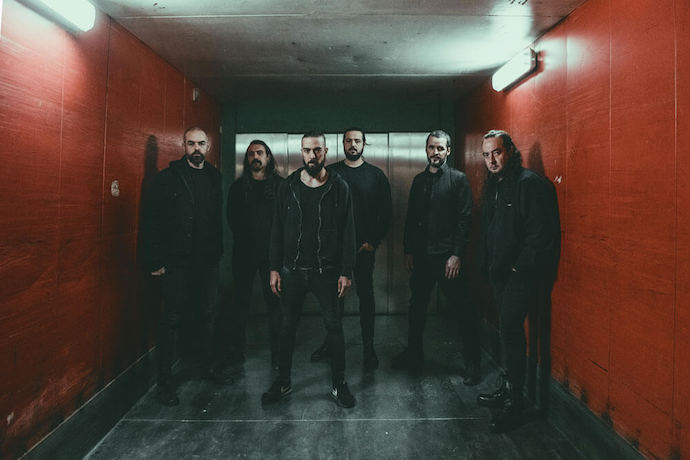 Even though you know exactly what you’re in for on the latest Persefone release there is still a moment that even six albums later is just as good as the first time it happened. It’s the time on every release where Persefone introduce themselves as a group, unleashing all of their elements in one go, for one big explosive introduction. It’s something they’ve been doing for a long time and yet on Metanoia‘s second song “Katabasis” the effect is just as strong as it was the first they did it.

Persefone build to it expertly as well, calling in reinforcement from Leprous’ Einar Solberg for the opening title song – which if nothing else shows that Persefone have become criminally good at making their introductions to each release as cinematic as possible. The slow build of that intro spills right into “Katabasis”, which serves to hit the ground running and packs as much into its four-and-a-half minutes as it can on just about every front. That’s not a joke either. There is a lot of instrumentation on Metanoia, and it is shown from that second song onwards.

Persefone make no attempt to hide the fact either, with the five-minute instrumental of “Leap Of Faith” arriving after the album’s opening three songs. In doing so it sets the tone for Metanoia as a whole by doing so. Perhaps surprisingly, the album is colored far more by its long stretches of complicated instrumental work rather than the group’s usual approach of everyone in the band being present at all times. There are large gaps throughout Metanoia in which vocalist Marc Martins Pia steps back from the microphone and the rest of the band really let themselves go. It’s in those gaps that you find the much-vaunted appearance of guest musicians like Obscura‘s Steffen Kummerer, guitar-soloist Angel Vivaldi, and guest singer Mereth Soltvedt. Persefone wrote a big album and then made sure to leave plenty of room for people to step in and fill the space.

Of course, it’s also fun to highlight just how much Spiritual Migration has colored Persefone‘s career since its release when the band decide to add a third song to their “Consciousness” suite of music, with an eleven-minute journey through all things melodeath, prog, and keyboard-lined. It then spills into the three-part “Anabasis” series of songs, which at sixteen minutes combined means that over a third of Metanoia‘s run time is occupied by its last four songs. T

he band would’ve had a remarkably strong EP’s worth of music right there, but clearly they made use of every minute of that five-year gap available to them. The “Anabasis” triptych of songs is just as expansive and dense as everything on the album that precedes it, and the way they fade out and loop back in to the opening “Metanoia” song fits perfectly. It’s amazing to think that even though they’ve managed (as mentioned before) to fit all of this in under an hour’s worth of music, Metanoia is just as densely packed as all of its predecessors.

Persefone remain one of the more joyfully excessive bands in metal and it’s been fun to see their profile growing. Every release seems to bring in new listeners that are wowed by just how much the band pack into each release. They can absolutely be overwhelming at times, and Metanoia especially is prone to long, drifting passages of musicianship without end. While the band may be inclined to make each release about a spiritual and metaphysical journey of their own, by the end of one of their releases you’ll likely feel that you’ve gone on one too.

It will be fun to spend the better part of the year dissecting Metanoia. By the time 2022 is wrapping itself up, there will still be things to discover. It is the most refined version of Persefone‘s formula to date, while still maintaining the trademark ‘there’s a lot of music here!’ that the band have become known for.