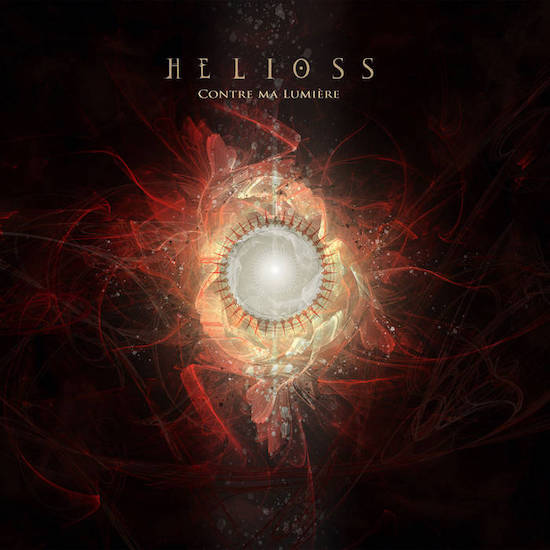 Today marks the third opportunity we have seized upon since 2017 to help spread the word about the music of Helioss through a music premiere. Today the subject of the premiere is a song called “L’insondable crépuscule des morts” from this French band’s forthcoming fifth album Contre ma lumière, which is set for release by Satanath Records on April 21st.

Once again, Helioss mastermind and multi-instrumentalist Nicolas Muller directed the enterprise, again joined by vocalist D.M. (Celestial Swarm, Gravefields, etc.) and guest drummer Mikko Koskinen (The Lifted Veil, Proscription). And once again Helioss has pushed its expanding musical boundaries of progressive black/death metal outward into even more inventive and genre-bending territory. This newest song premiere from the album, which comes with a lyric video, provides an extravagant demonstration of that. 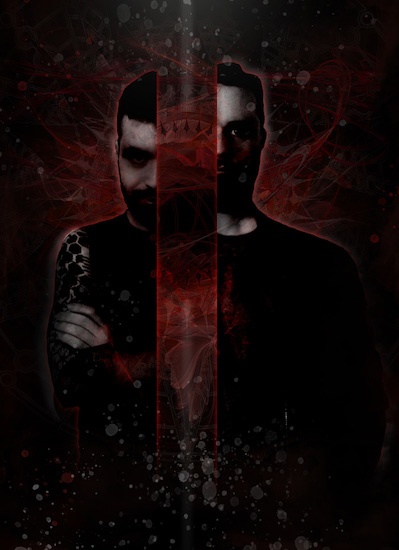 At nearly eight minutes in length, “L’insondable crépuscule des morts” affords time for Helioss to range across a changing soundscape. At first they revel in their wildness, with skittering and slashing riffage, swirling keys, pulse-pounding rhythms, and a livid display of D.M.‘s harsh vocals, which range from vicious screams to monstrous roars.

From there, the music steadies a bit, but becomes more strange and threatening as eerie arpeggios ring out amidst the hard-slugging grooves — and then the song blazes again, with high-flying symphonics and savage vocals making it seem even more delirious. Yet there are still more soundscapes for these adventurers to explore, including sudden shifts into dancing piano melodies, glorious guitar soloing, grandiose musical fanfares that seem diabolically demented, bursts of blistering riff attacks, and glittering sensations that sound wondrously unearthly.

The song builds to a crescendo of breathtaking theatrical spectacle — but suddenly ends in a sorrowful solo piano melody.

Contre ma lumière is a substantial hour-long work, and has benefitted as before from the mixing and mastering work of Frédéric Gervais at Henosis Studio. Satanath recommends the music for fans of bands such as Fleshgod Apocalypse, SepticFlesh, Cradle of Filth, and Ne Obliviscaris.

As further inducement for you to explore the album as a whole, we’re also including streams of two previously released songs, “Je suis la voix des muets” and the official video for “Charniers“.