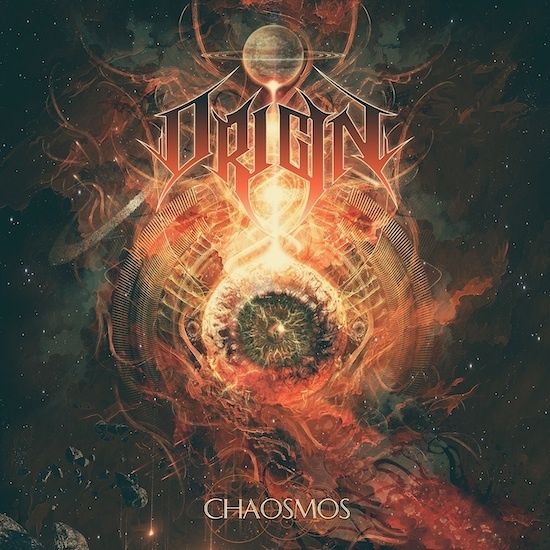 (Death metal icons Origin have a new album set for release on June 3rd by Nuclear Blast and Agonia Records, and today we bring you DGR‘s review of it.)

Despite being one of the genre-forebears, Origin have always been in such a weird spot in the world of technical death metal. They’ve never been prone to follow trends within the style and since the group have such a long and storied career – over twenty years at this point – they’ve become an oddly transitory act, with one foot planted in the world of tech-death and another that has always hovered above the world of ’90s-era death metal.

Even with the breakthrough of Antithesis in 2008, Origin have remained so recognizably Origin that you can even pick out when members of the crew appear in other projects. In spite of how much of the genre has embraced technology and studio production over the years, they have also always sounded like a four-piece band. They’re one of the more straightforward tech-death groups out there, which is what makes their newest release Chaosmos such an interesting one in their discography. 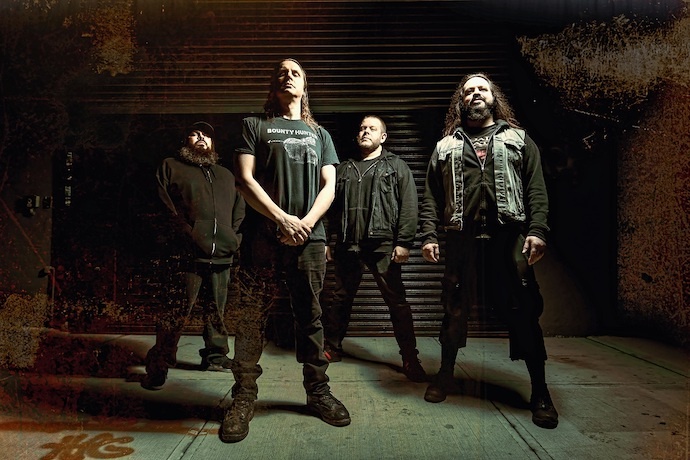 Almost five years have passed since 2017’s Unparalleled Universe, and unlike that album’s near-constant battering Chaosmos actually gives itself a tiny bit of room to breathe. It also sounds like the most that outside influences have worked their way into the band’s style, which results in an album that has some of the most high-minded tech-death parts the band have done yet and also some of the outright stupidest chugging-core segments Origin have ever written… sometimes within the same song.

The old reliables of Origin are apparent from the start of “Ecophagy” – one of the lead-off singles for Chaosmos – and it spells out that they aren’t stretching too far from the core that has defined them as a band over the years. If it seemed like that song just started upon first listen when it was released, that is how Chaosmos starts as a whole. There’s no zero to one hundred moment, you’re just already there and you will remain there for the better part of forty-five minutes.

The opening moments of “Ecophagy” are the tech-death-in-a-nutshell segments of the song. You’ll hear a bass guitar and electric guitar get shredded to pieces in those opening minutes, and vocalist Jason Keyser moves through a multitude of different approaches seemingly within the same breath in that song. Yes, John Longstreth is also still incredibly fast here. There’s a reason they put that dude up front in a lot of Origin‘s press photos and that isn’t changing here.

Sometimes, Origin albums are just excuses to hear that guy go really fast, and the music is secondary. They become a demonstration of four-person feats of strength more so than a listening experience. That’s why the shift in “Ecophagy” comes from nowhere, like the band pulled from the Dying Fetus playbook of ‘lets have a song be the most relentlessly head-spinning it can be right up front and by the end of this let’s just hear cavemen slamming rocks together”.

Mike Flores and Paul Ryan will both likely get heaps of praise for Chaosmos anyway, but those first few songs have them putting in serious work on their instruments, and the advantage is something the band likely recognized as well, because both of them ring through clear as a bell in the mix. The titular “Chaosmos” song – when it isn’t embedded in a full blown core-kid breakdown – is just a whirlwind of sound, and hearing the bass rumbling alongside the guitar as if they were playing the same lead part is impressive as hell.

If you remember 2014’s Omnipresent then you likely also remember the song “Redistribution Of Filth” in that track-listing. It’s an oddball in a group of mind-breakers and head-spinners, a relatively straightforward punk-driven song where the rhythm section gets to hang back and the bass guitar may as well be the driver. It’s been played live by the band since then, but it also never had much of a followup in Unparalleled Universe, so it seemed like the song would just remain a fun experiment – albeit a personal favorite here – and that’s it.

Thats why “Decolonizer”, despite having one of the longer song-lengths on Chaosmos (only edged out by the eleven-plus-minute “Heat Death” closer) is a mid-album highlight. It does much of the same act by appearing after the band have already sandblasted their listeneners completely smooth by way of guitar-shred and blastbeats. It’s another punk-driven song that is basically one of the few excuses Origin have to make people run in a circle as opposed to watching them break their necks trying to keep up with the time-changes, headbanging-wise. Its a good break in the first half/last half assault that is the Chaosmos dynamic.

You’d look at “Heat Death” and think the band probably took some shortcuts to fill that eleven-minute runtime, but surprisingly enough they don’t. For the most part “Heat Death” only has two minutes or so of ambient noise/extended guitar at the end of the song. Origin put the time in to fill out that song, and it slides into the track list just fine, serving to calm things down at the very end of an album that runs white-hot from the very start.

Chaosmos is a traditionally ‘Origin‘ album otherwise. They experiment around the fringes of their sound but they’re a group that quite a while have specialized in making music that sounds like galactic destruction, and that doesn’t change here. Most of the songs will the ‘music as extreme sports’ crowd salivating, and if you happen to enjoy what is basically a drum kit sounding like constant artillery fire, then Chaosmos is amazing.

Otherwise, if you want to hear Origin simultaneously be the most tech-showboat and the most death metal rock-grinding dumb they’ve ever been, then Chaosmos is the album of contasts for you. For one thing: It won’t be mistaken as anything other than an Origin release.