(We present DGR‘s review of the first solo album by Sakis Tolis from Rotting Christ, which was released this past spring.)

Sakis Tolis is one of the more prolific music creators out there. The Rotting Christ name remains relevant in press cycles because the band always seem to have some sort of new song or project going on, and considering that the main two behind Rotting Christ are the Tolis-crew it wouldn’t be hard to say that a lot of that is because the band is a creative avenue for him. It hasn’t even been too much of a stretch for the lines to blur between the projects Sakis has been involved in, such that Rotting Christ have been known to break out a cover or two of songs by Thou Art Lord over the years.

This is the reason the March release of Sakis Tolis‘ solo album Among The Fires Of Hell so interesting, since the body of work that he’s responsible for is so vast already. Within seconds of starting up the album – if you weren’t aware already – it becomes clear who has been mostly responsible for a lot of the writing within Rotting Christ over the years. Among The Fires Of Hell is surprising even, because it creates a weird situation where the question that winds up being asked is that, for a musician with as vast a body of work as his, is there really so much left to say that it requires a full solo release? 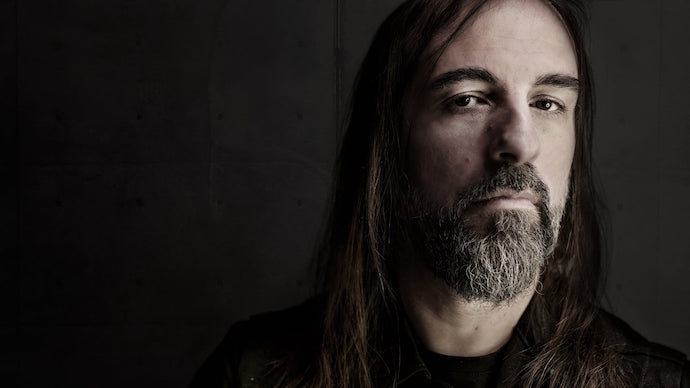 There are a lot of ways that Among The Fires Of Hell and its eight songs are going to be familiar to long-time fans. Sakis has over the years developed a very clear style within his music and alongside that a markedly clear anti-religion stance – decades’ worth – that has become so reliable you could set your watch by it.

Case in point, you’d be hard pressed to have any familiarity with his career and not know who was behind the opening seconds of “My Salvation”. However, “My Salvation” does hint at how Among The Fires Of Hell may have become a solo passion project vs having the material worked into a proper disc for one of his other bands. Though the slim co-conspirator list shares some familiarity with people’s he’s worked with in the past – plus an appearance by former SepticFlesh drummer Fotis Benardo – the music within Among The Fires Of Hell follows the blueprint laid out by “My Salvation”, in that it is a lot more melodic than the work within Rotting Christ and much more atmospheric.

A ton of impressively catchy melodic leads are strewn throughout the thirty-five minutes here, and it starts in the sing-song chorus and light goth-rock atmospherics of “My Salvation”. While Rotting Christ may be known for its martial chants and hammering drums, wherein every song since AEALO has felt like a preparation for war – save for first-pumping anthems like “Grandis Spiritus Diavolos” and “Fire, God and Fear” – Sakis‘ solo release takes the formula in a different direction that, by comparison, is less immediately aggressive.

Among The Fires Of Hell is written to be big and anthemic. There aren’t any big, imperial decrees being issued here. The subject matter may be well-tread for Sakis – focused on the strength of the self and a condemnation of outside religious influence – but musically, most of the songs are mid-tempo numbers built around a huge guitar lead and the sort of chorus that’ll cling to your brain long after you’ve shut the album off.

The most straightforward and aggressive that the album gets is during “I Name You Under Our Cult” near the end of this release and long after the harsh vocals have found their way back into the fold. You could treat that song’s predecessor “Live With Passion (Die With Honour)” as an alternate universe version of it, where everything that is mildly fast in the former merges with the stomp and chanting atmospherics of the rest of the disc.

A song like “We The Fallen Angels”, then, becomes the odd-duck in this release, in that it’s the rocking number of the album; a solid chug, a headbanging groove, double-bass pedal work, and the sort of fist-pumping anthem action you’d expect from his other projects. That “My Salvation” has a near-twin in its bookend “The Silence” means both the beginning and end of this release are going to grasp their way into the subconscious to the point that the whole impression of the album is colored by them. 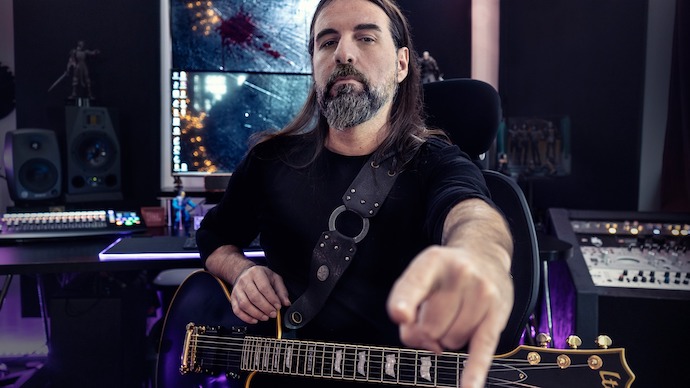 Which brings us back to the nebulous nature of the space that Among The Fires Of Hell occupies, since it shares so much DNA with everything Sakis Tolis has put out musically. There’s material here that would almost perfectly fit within Rotting Christ‘s releases – the band themselves have since put out a single in the form of “Holy Mountain” in case you were wondering how prolific a writer Sakis is – and mostly, the release seems to be for people who hunger for more.

As a standalone it is enjoyable; it’s atmospheric and goddamn are the more melodic parts the type to cling like barnacles to your skull. Since its release in March it’d be hard to deny that a few of the tracks here have been on a constant loop here, and in some ways Among The Fires Of Hell feels like both a nice entry point and also a career retrospective. As a first solo release it doesn’t stretch too far from what Sakis is known for, which is likely to light a fire underneath a lot of completionists, but it also has that previously mentioned gateway effect. When however, we find ourselves with a followup, it will be interesting to see just how much further this project goes experimentation-wise, given the complete creative control afforded here.