(We present DGR‘s review of the first solo album by Sakis Tolis from Rotting Christ, which was released this past spring.)

Sakis Tolis is one of the more prolific music creators out there. The Rotting Christ name remains relevant in press cycles because the band always seem to have some sort of new song or project going on, and considering that the main two behind Rotting Christ are the Tolis-crew it wouldn’t be hard to say that a lot of that is because the band is a creative avenue for him. It hasn’t even been too much of a stretch for the lines to blur between the projects Sakis has been involved in, such that Rotting Christ have been known to break out a cover or two of songs by Thou Art Lord over the years.

This is the reason the March release of Sakis Tolis‘ solo album Among The Fires Of Hell so interesting, since the body of work that he’s responsible for is so vast already. Within seconds of starting up the album – if you weren’t aware already – it becomes clear who has been mostly responsible for a lot of the writing within Rotting Christ over the years. Among The Fires Of Hell is surprising even, because it creates a weird situation where the question that winds up being asked is that, for a musician with as vast a body of work as his, is there really so much left to say that it requires a full solo release? END_OF_DOCUMENT_TOKEN_TO_BE_REPLACED 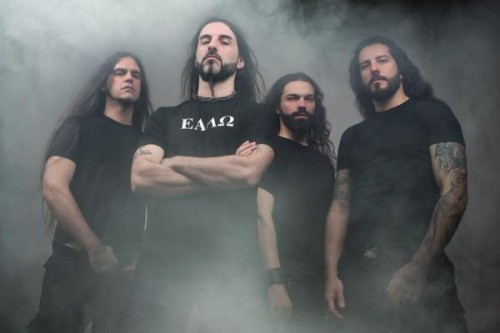 It accomplishes this feat in part by the use of guest artists, including a female choir from Ipiros called Pilades, Greek-American performance artist Diamanda Galas, and musicians from Greek pagan folk band Daemonia Nymphe. But while incorporating the sounds and ancient musical traditions of their homeland, Rotting Christ have not forsaken the powerful, signature style of their previous discography. Aealo is an intensely emotional and wholly remarkable blend of traditions, and we venture to say the result is like nothing else you will hear this year.  (read more after the jump, and listen to a track from Aealo . . .) END_OF_DOCUMENT_TOKEN_TO_BE_REPLACED 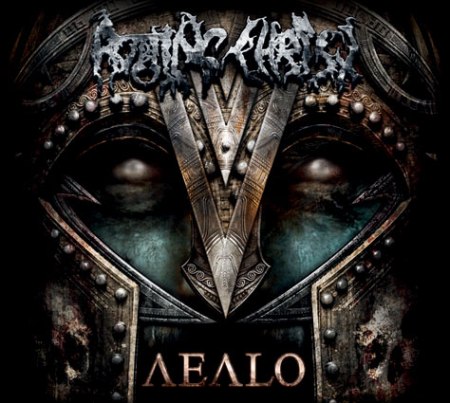 There are some bands we dig so much that just about anything they do becomes newsworthy on NCS. Rotting Christ is one of those bands. Their last album, 2007’s Theogonia, has become an old friend that we visit on a monthly basis, and we’ve been salivating over the prospect of their new release scheduled for February. It will be called Aealo, and we’ve now learned that audio samples of all the tracks are currently available for streaming on Amazon.fr.  You can also find samples from Aealo mixed in with Rotting Christ tracks from older albums at Amazon.com.

Even though all you can hear is about 30 random seconds per track, it’s enough to increase the salivation to embarrassing proportions. And the samples are really intriguing at the same time — they make clear that Aealo isn’t just a Theogonia clone (though that would have been just fine with me). The most startingly difference is in the appearance of guest vocalist, Greek-American Diamanda Galas, an avant-garde performance artist, vocalist, keyboardist, and composer. Rotting Christ hasn’t been a pure black metal band for a while, and it sounds like Aealo is going to carry it even further away.

Due on February 15 in Europe and February 23 in the U.S. via Season of the Mist, the CD will also feature a guest appearance by Alan Nemtheanga from Irish black metal band Primordial. It’s going to be interesting to see what influence he has on the album. (Note to self: One of these days we have to write about Primordial!)

According to a press release, Aealo will delve deeper into Rotting Christ’s Greek roots (and that’s really evident in the samples that include Galas’s vocals). The band’s guitarist and vocalist Sakis Tolis explains: “Aealo is the transcription of an ancient Greek word into the Latin alphabet. It means thrashing, catastrophe or destruction and reflects the musical and lyrical content of the album.”

Regarding the musical direction of the new album, Nemtheanga said, “It sounds classic Rotting Christ although it sees them continue where they left off with Theogonia, further away from the older ‘satanic’ feel and more into the realm of the ancient Greek gods, mythology and folklore.”

If you’re not familiar with Rotting Christ, here’s a sample from Theogonia: 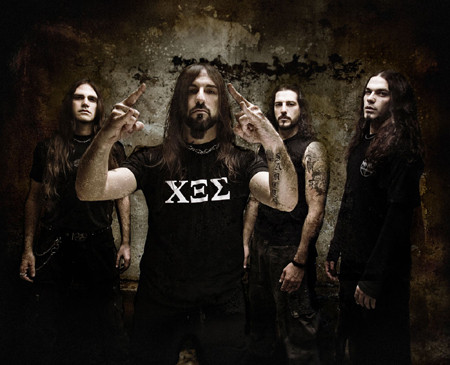