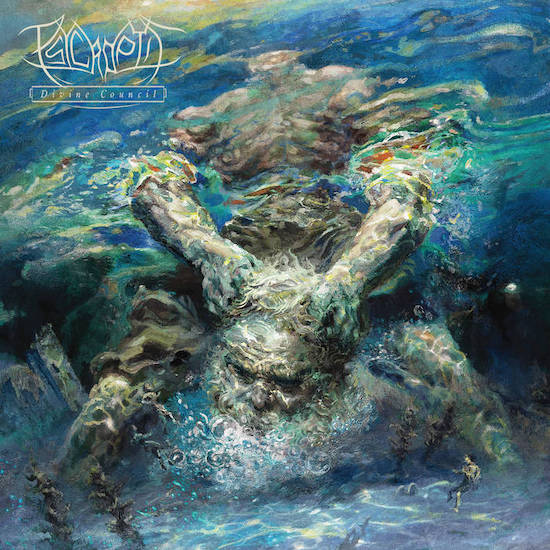 (Here’s DGR‘s review of the new album by Australia’s Psycroptic, which is in line for release on August 5th via Prosthetic Records.)

Technical death metal is an old enough genre now that you can have a tier of bands considered progenitors and a tier considered pillars of the genre. It’s a wild thought, considering it didn’t seem that long ago that the genre was the one where all the younger musicians were heading, younger bands breaking into the scene, and a whole bunch of baby-faced instrumental wizards who could play miles around even the simplest riffs.

The thought came to mind with Psycroptic‘s latest album Divine Council, because it is the group’s eighth full-length release in a career dating all the way back to the early-00’s. They’ve been such a known entity that Psycroptic albums were predictable highlights of the year. You know for the most part what you’re in for with the band, and if you really, really love that kinetic and manic writing style that has the band bouncing all over the place, then generally you couldn’t go wrong with a Psycroptic disc.

It’s not often you get to describe a tech-death artist as sounding like they’re bordering on an anxiety attack but Psycroptic‘s rapid vocal delivery and quick songs have kept them there for a while now. It was in the margins, and how the group augmented their sound, that there would be differences. Divine Council doesn’t move the needle that much from its immediate predecessor, but in the case of the album that came before it, that may not be such a bad thing, no? 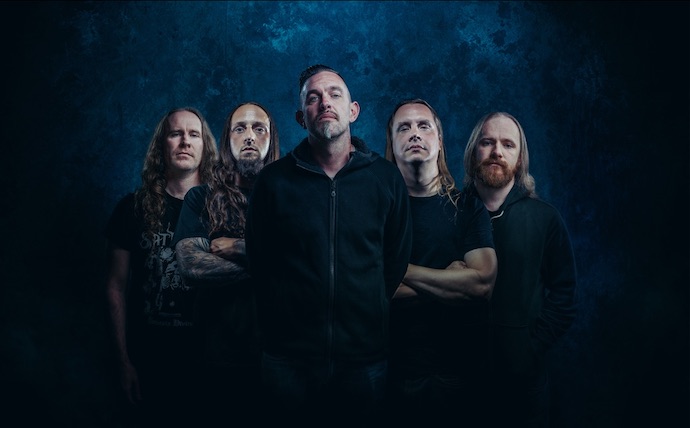 Where you land on the immediate impression with Divine Council will likely be a factor of how much you enjoyed the group’s previous album As The Kingdom Drowns. We really liked that disc here and found a lot of the atmospherics and riff-work within the album to be fascinating. On a more reviewer-based level, it was also an album that paired incredibly well with fellow tech-death group Gorod‘s 2018 Aethra. Really, if you’re a fan of the previously mentioned manic and dextrous guitar work style of tech-death, bordering on thrash, percussive in its lyrical delivery, and bordering on madness at times, then 2018 was a really good year for that, and As The Kingdom Drowns was part of that.

Divine Council – the group’s newest disc – grabs the baton and continues running that same relay, further going down that particular pyrotechnic track and recruiting help from a couple of guest musicians, including Origin‘s Jason Keyser for vocal-reinforcement, at times for some full-blown hardcore punk double vocalist shenanigans.

2020’s two-song EP The Watcher Of All hinted that Psycroptic were likely to stay within this familiar realm, and the forty minutes of Divine Council rarely step out of it. It expands on it instead. If you want to imagine that particular sound as a balloon, then Divine Council is just blowing it up even further.

“Ashes Of Our Empire”, “A Prophet’s Council” – coming right after “Ashes” for a one-two punch — and “A Fool’s Errand” lean hard into the atmospherics that make the album seem as if it’s emerging from a smoke-filled haze while still hammering out riff after riff after riff at a breakneck pace. Psycroptic sound as crazed as they ever have here, and when you’ve had eight albums’ worth of refinement on that style, it is kind of impressive. 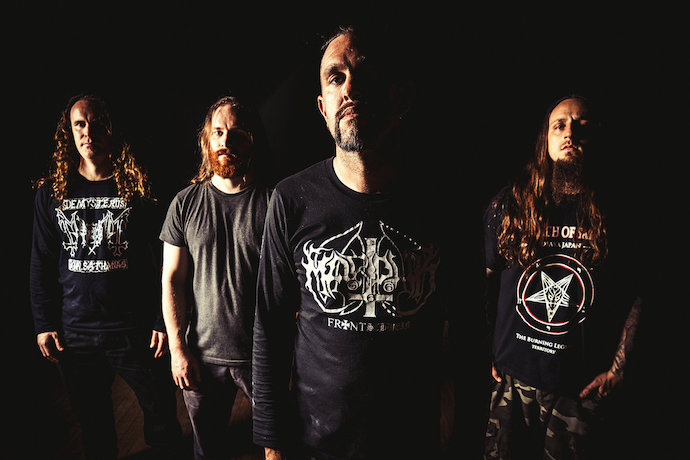 If nothing else, Divine Council is the Hayley crew putting themselves to work as hard as they ever have. The delivery is constant, and rarely does it seem like Psycroptic choose to take a breath this time. Keep in mind, we’ve only mentioned three songs so far and there’s six others that are just as equally intense. Divine Council is an album that starts with a song called “Rend Asunder” and makes no hay about proving why that song has earned its name.

It may seem as if we’re just writing it off by saying that Divine Council is an iterative release but that isn’t the case. Divine Council is an album that is picking up from an already fantastic starting point. Just the act of scooting things forward a bit gives Divine Council enough life to become an equally intense beast on its own. The extra vocal attack and multiple opportunities for some very flashy guitar solos just add to an already strong core.

It is what you expect from Psycroptic: It’s fast, violent, and brain-blending with just how much ‘attack’ the band throw at you. Sometimes you’ll be more wrapped up in just how often the songs change or how, despite the fact that the band sound so guitar-driven, Psycroptic pile so much into each track. Divine Council iterates and refines, yes, but it doesn’t weaken its position at all. Divine Council plants itself in the ‘great’ category and then stays there.

One Response to “PSYCROPTIC: “DIVINE COUNCIL””