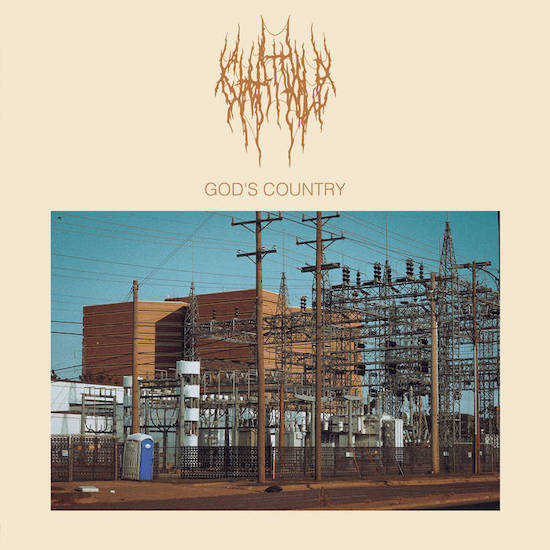 (This is Wil Cifer‘s review of the new Chat Pile album, released last Friday, July 29th, by The Flenser.)

Perhaps this band from Oklahoma City once fit within the neat parameters of a metal subgenre. Then marijuana in their fair city was grown much stronger. Sure, aside from “medical use” the groovy green is illegal, but the sounds made on this album have been created by deeply troubled young men who must surely qualify at dispensaries. Even if they do not, metal is still the music of the outsider. An outsider is not just outside of social norms, but the laws of said norms are coughed at as well. Often with a red-eyed grin.

This band embrace their dark side, though from all the pot talk thus far you must imagine them to be on the wavelength of Sleep or Bongzilla. This is not the case. They are more abrasive than either and owe more to Black Flag than Sabbath. They are angry and put those feelings out on their instruments. 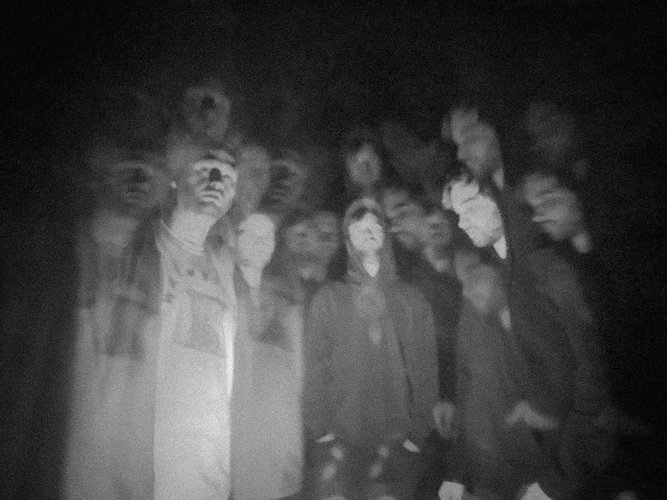 Chaotic shouts and death metal growls often appear in equal measure. The angular lumber of “Why” creates a sludged-out panic attack. I normally do not like political or social topics that are not infused with a message of nihilism and hopelessness, but there it works for me due to the unhinged, screamed manner of the delivery. “Pamela” is grunged-out and reckless, with a pounding bass pumping it in a somewhat industrial manner. There is an odd beauty to how the guitars create a dissonant heaviness.

“Wicked Puppet Dance” is driven by a more metallic momentum. The vocal roar recalls the more abrasive industrial bands of the ’90s. The melodic guitar lines on “Anytime” make me think of what The Pixies might have sounded like if they took “Debaser” a step further as a metal band. When the lyrics lean towards themes of the world collapsing,I feel more at home. The howl of the vocals provide the most consistent piece of their sound.

I tend to not trust press releases, and just kind of rolled my eyes when Nu-metal was listed in the press release for the sounds this band drew from. You might they are halfway to being hipsters, as it seems from this like they are just pushing the irony envelope further. This is not the case, a fact proven by the down-tuned pounding that comes with “Tropical Beaches Inc ”. Thankfully this goes down in a manner that requires minimal Adidas.

“The Mask ” beats you with the bounce of a similar throb, though there is less of the bass thump to it.. “I Don’t Care if I Burn” is more of a spoken-word interlude than a song. They return to the kind of burly stomping grooves that propel this album with “Grimace Smoking Weed”. It’s a bizarre, haunting ode to the purple shake monster. The narrative of the lyrics suggest Grimace is a demon that drives him to the point of wanting to kill himself.

Man, weed in Oklahoma City is impressive. This is one of the most oddly compelling albums I have heard so far this year. If you live solely off a diet of Slayer and Obituary, this album might be too weird for your tastes. If you enjoy many different shades of heavy then perhaps you too will enjoy this intense and emotional journey, as much as I. When the conventional ways of being heavy fail you, give this one a shot, as they have come out of left field with an explosive album of awkward confrontations and nightmares set to music.